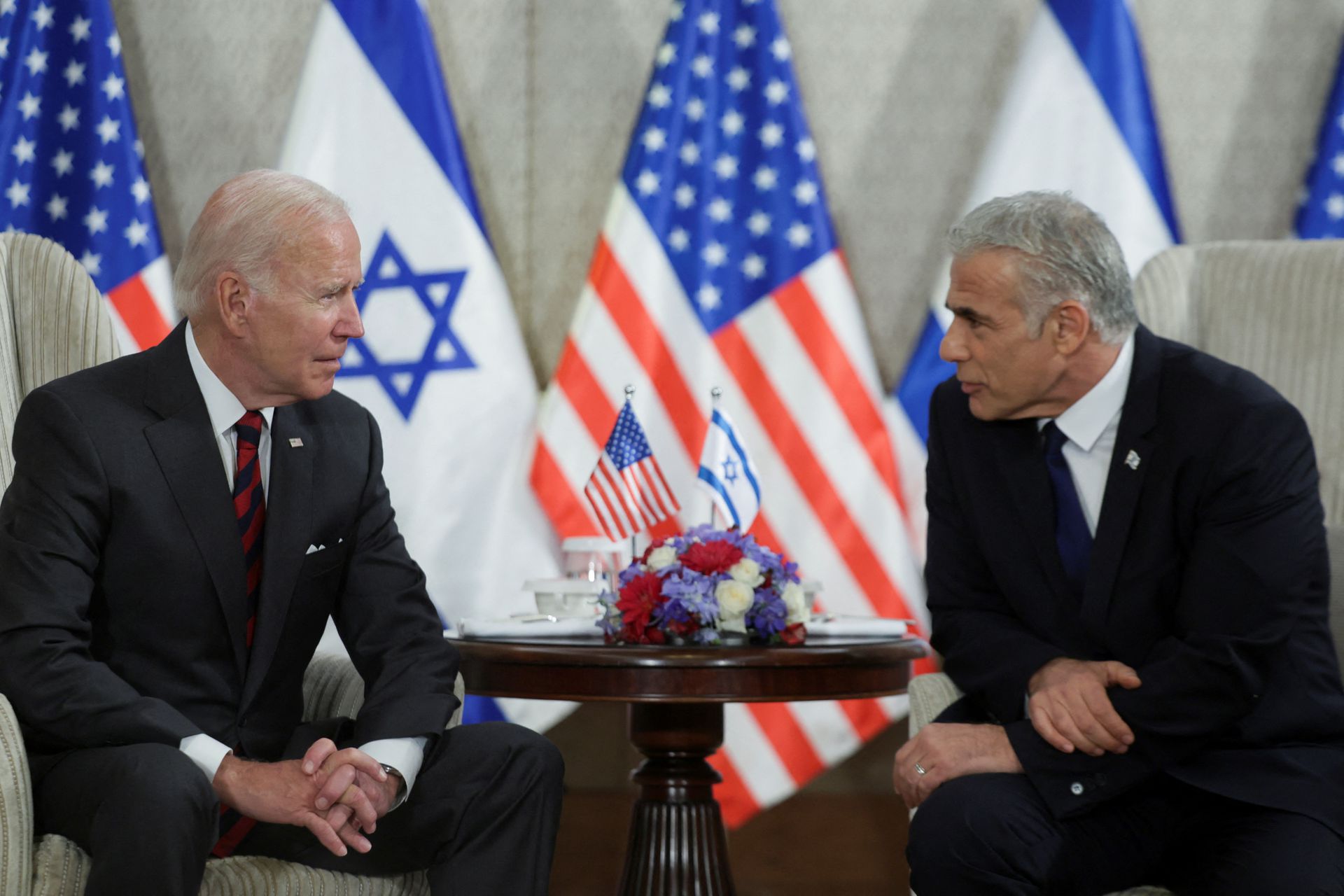 The agreement titled the “Jerusalem Declaration” was the highlight of Biden’s first visit to Israel as president, after he told a local TV station that he was open to use of force against Iran as a “last resort”. A move that Israel has long called for, that the west should attack Iran if it develops a nuclear bomb.

“We will not allow Iran to acquire a nuclear weapon,” Biden told a news conference following the signing of the declaration. It remains to be seen if America has the will and capabilities to attack Iran if it eventually acquires a nuclear bomb.

“The United States stresses that integral to this pledge is the commitment never to allow Iran to acquire a nuclear weapon, and that it is prepared to use all elements of its national power to ensure that outcome,” the statement added. A clear warning to the Islamic republic that the United States will use military force.

“The only way to stop a nuclear Iran is if Iran knows the free world will use force,” Lapid said, claiming that the issue cannot be resolved with diplomacy. He also quoted Biden, who said earlier that “big powers don’t bluff.” At a press conference after the signing ceremony.

“Preventing a nuclear Iran is a vital security interest for Israel and the United States and, I would add, for the rest of the world as well”. Biden said at the press conference.

“It should not be a bluff, it should be the real thing. The Iranian regime must know that if they continue to deceive the world, they will pay a heavy price,” the Israeli Prime Minister said. Israel views Iran as an existential threat. Iran acquiring a nuclear bomb will shift the balance of power in the region as Israel is the only middle eastern country with a nuclear bomb.

The “Jerusalem Declaration” also had a mystic undertone. “The United States and Israel affirm that among the values the countries share is an unwavering commitment to democracy, the rule of law, and the calling of “Tikkun Olam,” repairing the world,” the declaration said. “Tikkun Olam” is a concept in Judaism denoting the process of repairing the world that lost its harmony as a result of a cosmic catastrophe.

The document committed the United States and Israel to cooperating on defence projects such as laser interceptors, as well as mixed-use technologies, including artificial intelligence and quantum technology.