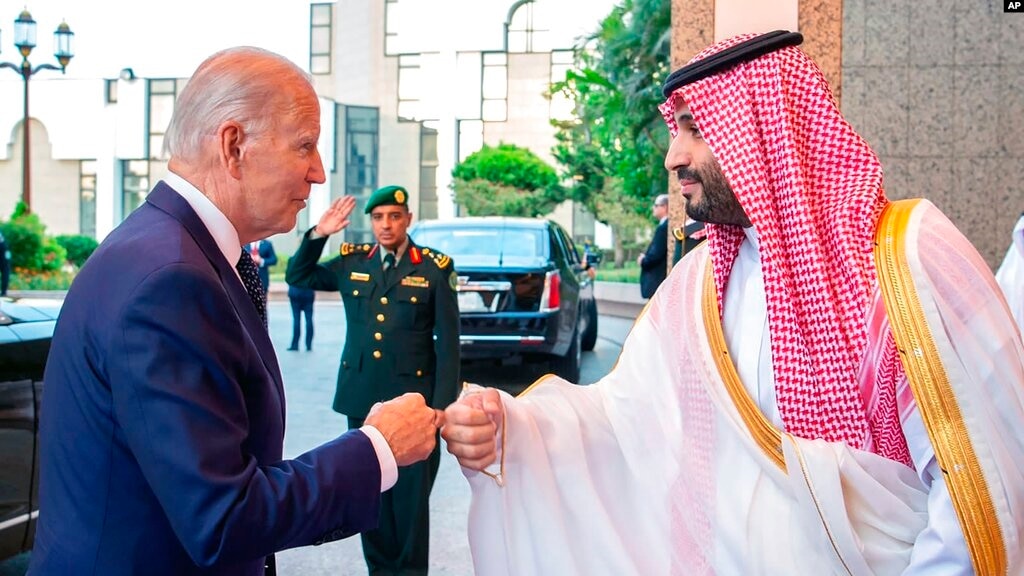 After meeting with King Salman bin Abdulaziz Al Saud and Crown Prince Mohammed bin Salman at the Peace Palace, Biden told the press that he confronted MBS over the murder of Jamal Khashoggi during their meeting.

“He [Mohammed bin Salman] basically said that he was not personally responsible for it. I indicated I thought he was,” Biden told reporters following outcries over visiting the killer. The main purpose of his visit was to get the Saudis to raise the supply of oil after flying direct from Tel Aviv to Jeddah the first direct flight from the Jewish state to the Arab kingdom failed as all depends on Russia.

After having failed to secure any announcement that could lower the price of oil, Biden ended up saying that he and the Saudis had a “good discussion” on ensuring adequate oil supplies to support global economic growth.

“I’m doing all I can to increase the supply for the United States of America, which I expect to happen,” Biden said.

But no details will be announced until next month’s meetings of OPEC+, a group of 13 members of the Organization of Petroleum Exporting Countries and 10 other oil producers, including Russia.

“We’re not going to leave a vacuum in the Middle East for Russia or China to fill,” Biden told reporters following his meeting with the Saudis. “And we’re getting results.” One of the results was Saudi Arabia’s extension of a nearly four-month-old United Nations truce.-mediated truce in Yemen, and Riyadh’s commitment to reach a wider settlement of the conflict that began in late 2014. The proxy war between a Saudi-led coalition and Tehran-backed Houthi militias has turned Yemen into a breeding ground for terrorist groups and killed more than half a million people.

At the press conference with Crown Prince Mohammed and other Saudi royals, both sides ignored shouted questions from the U.S. press, including, “Is Saudi still a pariah?” and “Jamal Khashoggi — will you apologize to his family?”

U.S. intelligence in a report, concluded that the crown prince approved the brutal murder of Khashoggi, a Saudi journalist and U.S. resident.