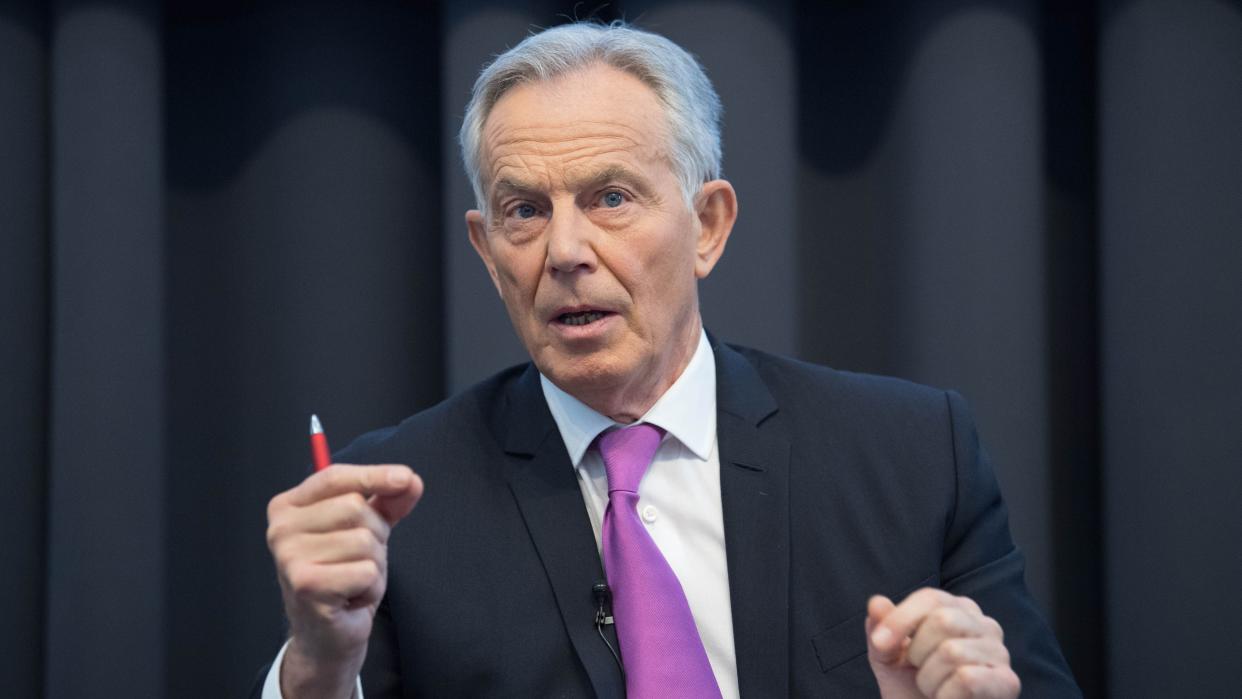 Tony Blair former British Prime Minister has called for an urgent expansion of western militaries so as to counter the growing threat of China. He made the call during a speech titled, ““After Ukraine, What Lessons Now for Western Leadership?” at the  Ditchley Annual Lecture, Saturday.

The annual lecture hosted by the Ditchley Foundation is a think tank focused on US-European relations it aims to renew democratic states, societies, markets and alliances so as to protect the planet.

Blair cited 1945 and 1980 as inflection points. In 1945 he said the West created international governance which created the rules based order the world enjoys today. In 1980, the West sought the collapse of the Soviet Union and the triumph of liberal democracy. The West has reached another inflection point with Russia “special military operation” in Ukraine which he called an invasion.

“A peaceful democratic European nation has been subject to a brutal and unjustified act of aggression.” he said, adding, “We are coming to the the end of Western political and economic dominance.”

The greatest threat to the West will not be from Russia but from China due to Beijing signing a strategic partnership agreement with Russia. He pointed out. He then called for deepening ties with western allies in the Pacific like Japan and Australia.

“The world is going to be at least bi-polar and possibly multi-polar,” Blair said. “The biggest geo-political change of this century will come from China not Russia.”

“We cannot rely on the Chinese leadership to behave in the way we would consider rational. President Xi has re-established the supreme power of the Communist party, has made no secret of his disdain for Western “decadence”, or his personal admiration for President Putin and his genre of leadership. He intends to remain in power for at least another decade and his clear, unconcealed ambition is to return Taiwan to Beijing control. Hong Kong is proof of what that means. It is therefore virtually impossible to think Taiwan will return voluntarily, hence the fear that China will use force rather than persuasion.” Blair stated.

“China will not be alone. It will have allies. Russia now for sure. Possibly Iran. But the world over, it will pull nations towards it as the divisions evidenced in the G20 over Ukraine should instruct us.” He added.

“The West should not let China overtake militarily,” the former PM stressed.

“We should increase defence spending and maintain military superiority,” Blair said. The United States and its allies “should be superior enough to cater for any eventuality or type of conflict and in all areas.”

Biden blames Ukrainian air defence missile for the death of two Polish citizens. NATO rules out "No Fly Zone" over...

Hacker gains access to advanced US DELTA command and control database in Ukraine proving that NATO is fighting Russia using...