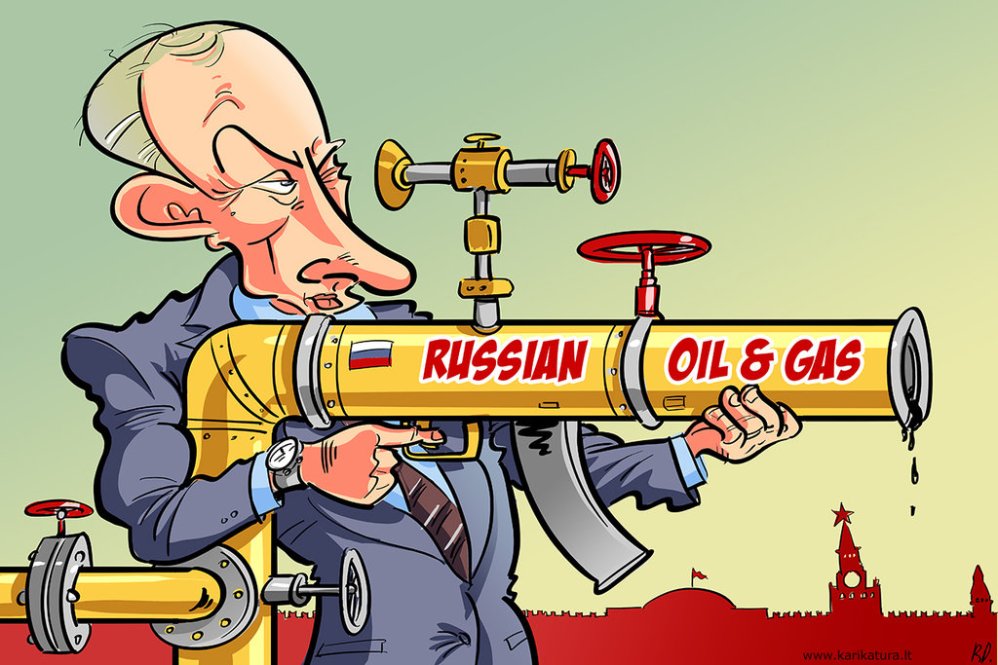 Russia’s Gazprom has informed its western European customers that it cannot guarantee gas supplies because of ‘extraordinary’ circumstances, taking the economic war with the West up a notch. Reuters reported Monday.

In a letter dated July 14, Russian state gas monopoly said it was retroactively declaring force majeure on supplies dating from June 14. The news comes as Nord Stream 1, the key pipeline delivering Russian gas to Germany and beyond, is undergoing annual maintenance meant to conclude on Thursday.

Known as an ‘act of God’ clause, force majeure is standard in business contracts and spells out extreme circumstances that excuse a party from their legal obligations. Russian gas supplies have been dropping steadily via major routes for some months, including via Ukraine and Belarus as well as through Nord Stream 1 under the Baltic Sea.

“This sounds like a first hint that the gas supplies via NS1 will possibly not resume after the 10-day maintenance has ended,” said Hans van Cleef, senior energy economist at ABN Amro.

“Depending on what ‘extraordinary’ circumstances have in mind in order to declare the force majeure, and whether these issues are technical or more political, it could mean the next step in escalation between Russia and Europe/Germany,” he added.

Uniper, Germany’s biggest importer of Russian gas, was among the customers who said they had received a letter, and that it had formally rejected the claim as unjustified.

Gazprom cut the pipeline’s capacity to 40% on June 14, citing the delay of a turbine being maintained in Canada by equipment supplier Siemens Energy. According media reports Canada sent the gas turbine back by plane to Germany on July 17 and provided there are no delays with customs and logistics it should reach Russia in time to restart gas flows. A complete shutdown of Russian gas flows will push the European Union into recession as consumers face high energy bills leading to gas before food dilemma during winter.

Despite the western sanctions and the EU insistence that it will accept Russian gas flows till 2027, the  Russian Finance Ministry announced, Monday that the federal budget received 6.4 trillion roubles ($114.29 billion) from oil and gas sales in the first half of the year. This is compared to planned 9.5 trillion roubles for the whole 2022.