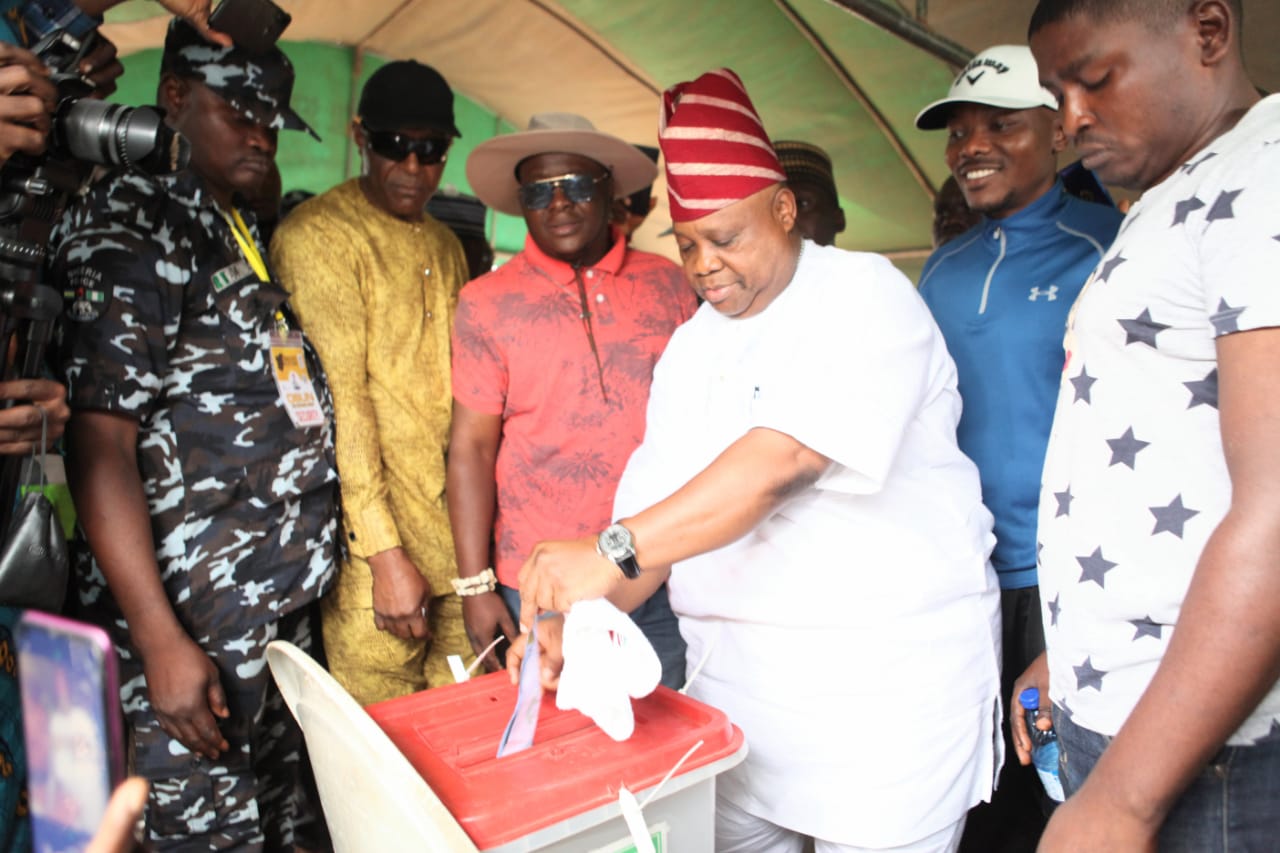 The newly elected governor of Nigeria’s Osun state Senator Ademola Adeleke has told Channels TV, Monday night that the previous governors Rauf Aregbesola and out going governor Gboyega Oyetola, were unable to pay civil servant salaries and pensions because they used state resources to service personal debts to a godfather whose name he did not disclose.

“Why they (Oyetola and Aregbesola administration) cannot pay them is because a lot of our money is going outside. A lot of our money is taken to Lagos or somewhere.” the Governor-Elect said while responding to questions on how he will clear the backlog of salaries and pensions.

“The problem of when someone wants to run, they will go and borrow something or you have one godfather who you are borrowing money from. And at the end of the day, you will be paying debt. You will not be able to do anything,” Mr Adeleke said a day after his stunning victory in Osun.

Mr Aregbesola, a political godson of former Lagos governor Alhaji Bola Tinubu, administered Osun from 2010 to 2018. He was succeeded by Mr Oyetola, a cousin to Alhaji Tinubu.

Following his victory suspected hoodlums of the APC attacked shops belonging to the Igbo tribe for supporting the PDP in the election in the state capital Oshogbo.

The chairman of Ohaneze Ndigbo in Osun State, Pastor John Dike said no one was injured adding that everything is under control.

He said the people who destroyed the shops belonging to the Igbo traders were dissatisfied with the outcome of the governorship election.

“You know, in an election like this, you can’t rule out the possibility of dissatisfied persons. It’s not anything serious. Some of our people had their counters destroyed but we have brought that under control as I speak to you now.

“We are not taking any serious actions against it because we know that there are skirmishes of things like this when elections come up and go.

“The Yorubas that we live in their land are peace-loving people and we have been living friendly. So, it is something we can handle. There is no one injured as I speak to you,” he said.