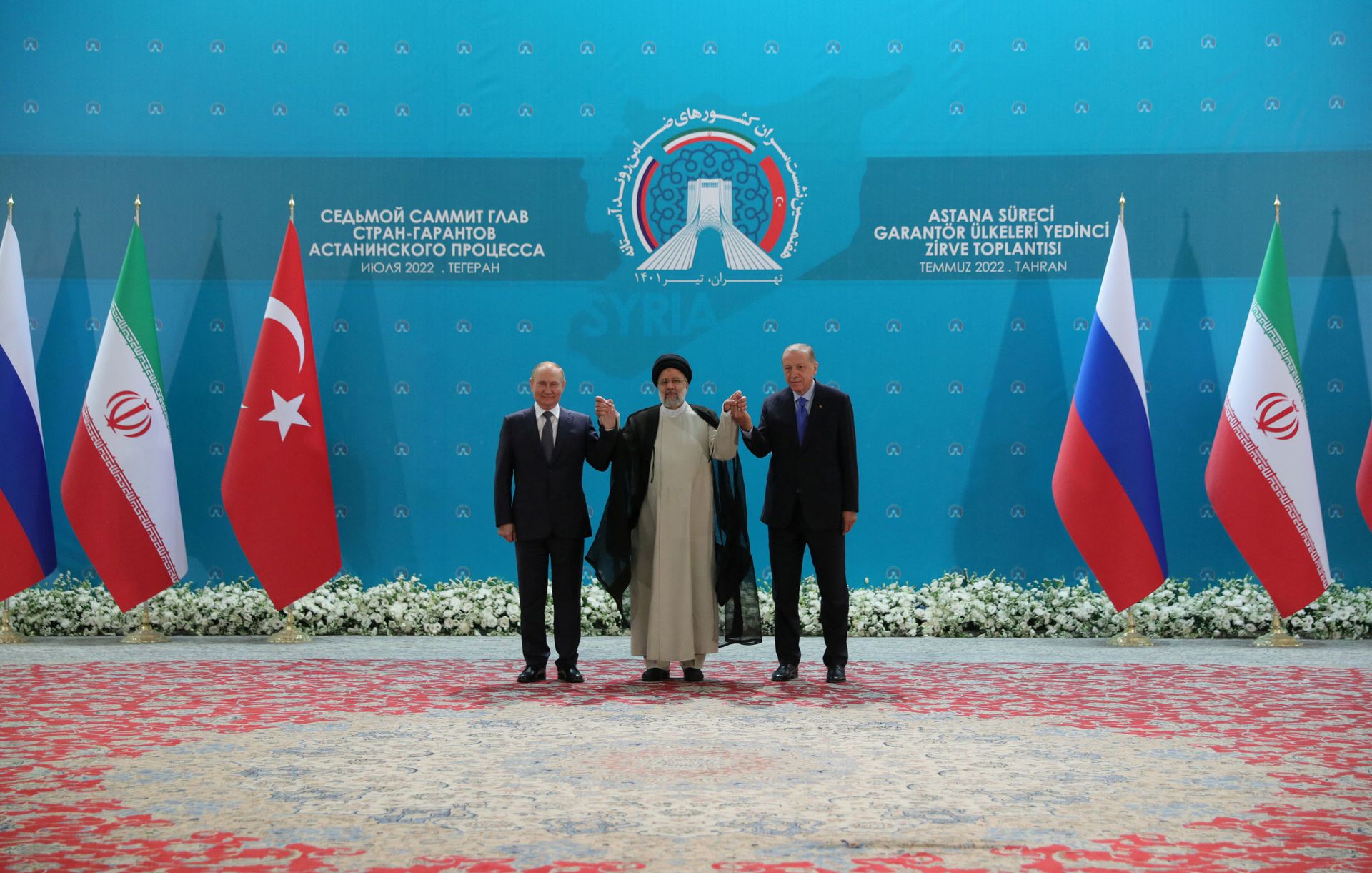 America must be forced to leave Syria

Russian President Vladimir Putin arrived in Tehran the Iranian capital, Tuesday where he met with his Turkish and Iranian counterparts and the Supreme Leader of Iran.

Putin’s trip, which comes just days after U.S. President Joe Biden visited Israel and Saudi Arabia, and his first since the start of Russian “special military operation” sends a strong message to the West about the Kremlin’s plans to forge closer strategic ties with Iran, China and India in the face of Western sanctions.

The Iranian leader praised Putin on his actions and that the two countries needed to stay vigilant against “Western deception”, Iran’s state TV reported.

He said Putin had ensured Russia “maintained its independence” from the United States and expressed support for countries to start using their own national currencies when trading goods. “The U.S. dollar should be gradually taken off global trade, and this can be done gradually,” Khamenei said.

“If you had not taken the initiative, the other side (West) would have caused a war on its own initiative,” he told Putin, voicing support for Russian military operation. Iran needs Russian support so as to force the United States to offer concessions and let Iranian oil back on the world market.

On the thorny issue of Syria the three leaders hope for a compromise that will assure Syrian sovereignty. “Maintaining the territorial integrity of Syria is very important, and any military attack in northern Syria will definitely harm Turkey, Syria and the entire region, and benefit terrorists,” Khamenei told Erdogan in an earlier meeting Tuesday.

Erdogan in response said Kurdish terrorists in Syria and Iran were a threat to both countries. The Turkish President had threatened military action in Syria. Any Turkish operation in Syria would attack the Kurdish YPG militia, a key part of the U.S.-backed Syrian Democratic Forces (SDF) that controls large parts of north Syria and is regarded by Washington as an important ally against Islamic State.

The Iranian Supreme Leader insisted that “the fertile and oil-rich eastern side of the Euphrates River is occupied by the Americans, and they must be forced to leave that region.” Implicitly calling on the three countries Turkey, Russia and Iran to force the Americans to leave.

The Russian president said that the Supreme Leader’s position about the Caucasus region and Syria are quite the same, and Russia is especially opposed to military intervention in the north of Syria, stressing that the control of east side of the Euphrates region must be once again returned to the Syrian legitimate government and their military forces.