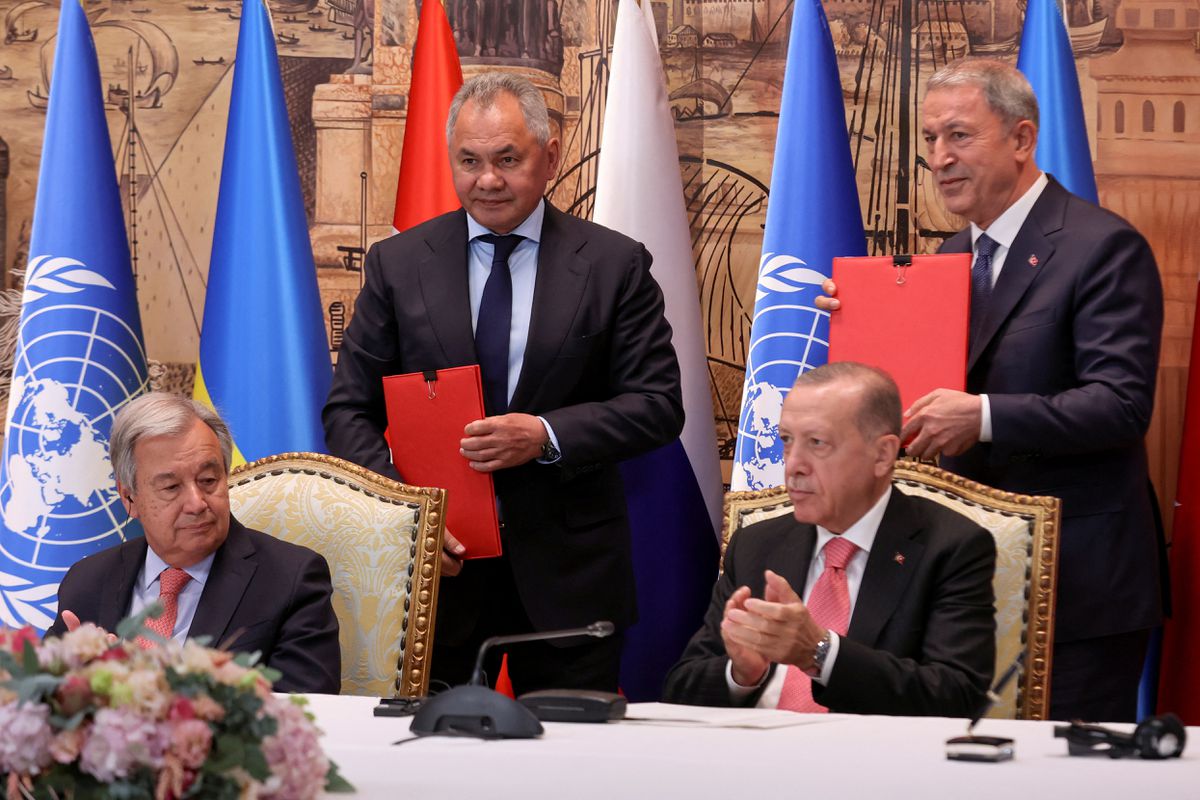 Representatives of Turkey, Russia, Ukraine and the United Nations (UN) signed an agreement Friday in Istanbul allowing the export of agricultural products from Russia and Ukraine which is seen as another strategic victory for Russia and relief for the 500 million people at the risk of starvation.

“You have overcome obstacles and put aside differences to pave the way for an initiative that will serve the common interests of all,” U.N. Secretary-General Antonio Guterres told the Russian and Ukrainian representatives at the signing, acknowledging that “this agreement did not come easy.”

“Promoting the welfare of humanity has been the driving force of these talks,” he said. “The question has not been what is good for one side or the other,” Guterres said. “The focus has been on what matters most for the people of our world. And let there be no doubt – this is an agreement for the world.”

Earlier, Russian President Vladimir Putin said that the Russian Agriculture Ministry estimated that Ukraine could export about five million tonnes of wheat, which is only a fraction of the world’s grain production. At the same time, Vladimir Putin said that Russia will export 37 million tonnes of wheat in 2021-2022 and raise that figure to 50 million in 2022-2023 effectively confirming Russia as the bread basket of the world.

Before the agreement known as the Black Sea Initiative was signed, Russia and the UN Secretary General signed a separate agreement that will allow Russian agricultural products and fertilisers reach the global market irrespective of western sanctions.

Since the start of the Russian military operation, Ukraine has been under an air and sea blockade enforced by the Kremlin.

The deal involves agricultural exports from the Ukrainian ports of Odessa, Chernomorsk and Yuzhny for 120 days and renewed if necessary. The ports will not be demined nor will therebe military escort of ships. Safe sea lanes will be provided by Kiev. A co-ordination center in Istanbul manned by Russian, Turkish and Ukrainian military officials to monitor the process and settle any disputes. Ships going to Ukraine will be searched for weapons by Turkish and Russian forces.

“Russia has taken on the obligations that are clearly spelled out in this document. We will not take advantage of the fact that the ports will be cleared and opened,” Shoigu said on the Rossiya-24 state TV channel, addressing western fears than Russia might use the opportunity to seize the ports still under Kiev’s control.