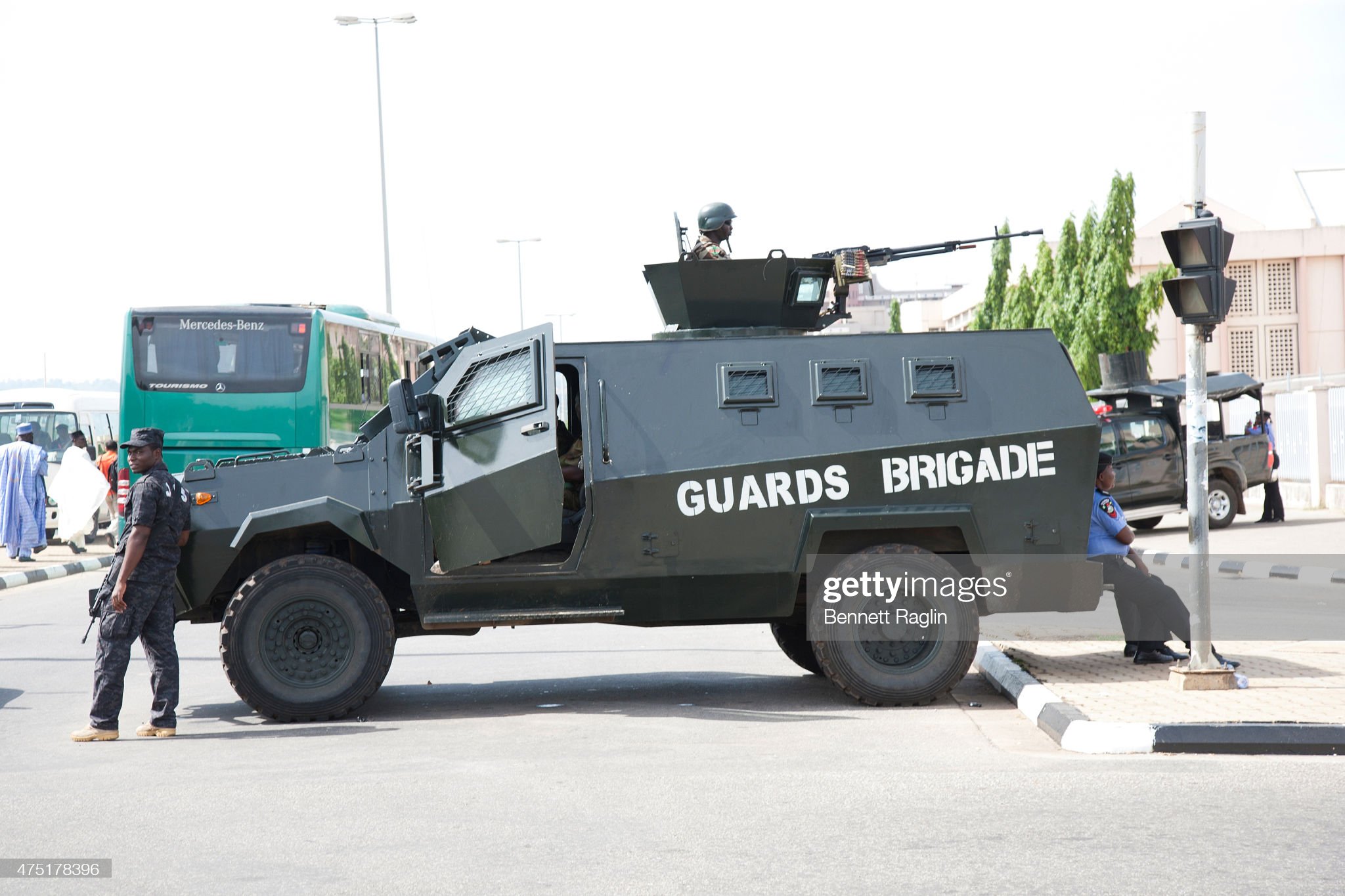 Suspected terrorists have injured and killed three guardsmen of the Nigeria Army Brigade of Guards, in the Federal capital Abuja while several others are currently receiving treatment at the Presidential Villa clinic.

The brazen attack on the troops occurred when they were dispatched to assist when intelligence reports came in that bandits were terrorising the Nigerian Law School situated in the outskirts of Abuja. The Brigade of Guards an elite unit charged with protecting the Presidency against coup plotters and saboteurs intent on overthrowing the government sent a patrol to engage.

“Troops on routine patrol along Kubwa – Bwari were ambushed by suspected terrorists. Three soldiers were injured during the attack. The soldiers have been evacuated for medical attention. Details on the extent of their injuries are still under confirmation. The ambush attack happening within the general area of Bwari shows that the terrorists are actually within the location and possibly preparing to carry out their plans to attack the law school in Bwari as earlier reported.” The Brigade signal of the attack read.

The deadly ambush comes after terrorists released a video of the kidnapped victims of the Kaduna-Abuja train service which showed the victims being flogged and begging for help. When the viral video drew condemnation the terrorists vowed to kidnap President Muhammadu Buhari and the Governor of Kaduna state Nasir El Rufai.

Earlier a WhatsApp message warned Abuja residents to be wary of a terrorist attack that will be bigger than the Kuje Prison bombing and advised everyone to stay safe.