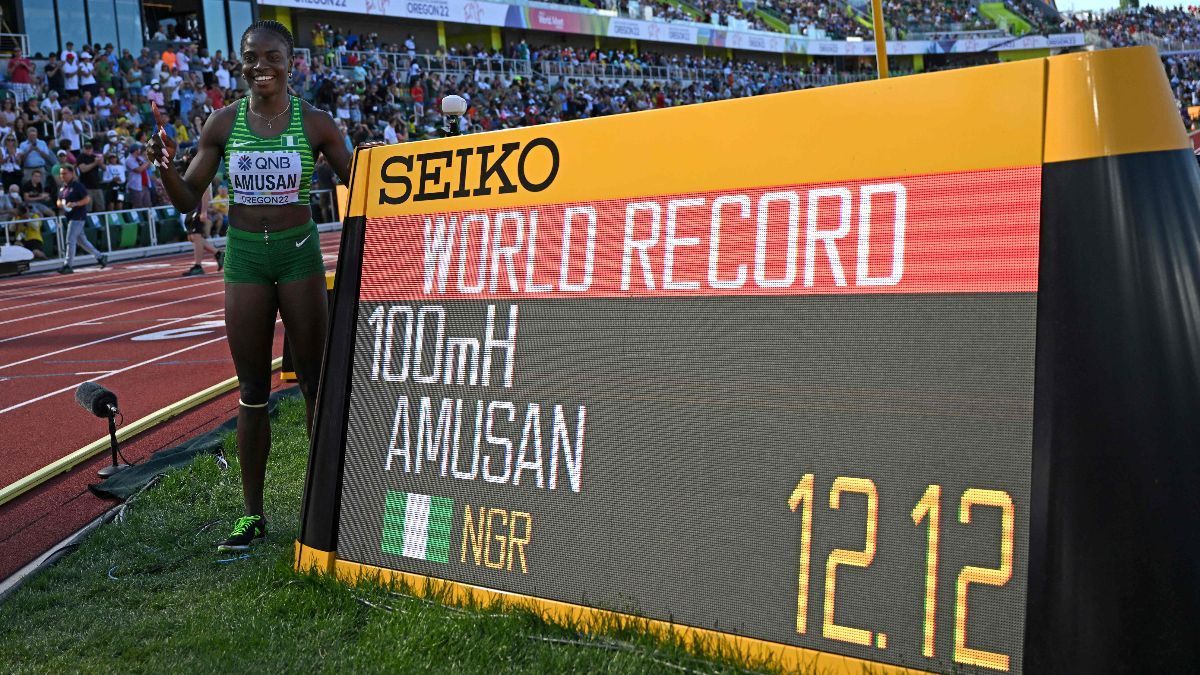 In what was initially announced as a world record 12.06 seconds but later ruled ineligible as the wind speed exceeded the legal limit. The Nigerian female hurdler recovered from a slightly slower start to put on a chaste performance over the barriers, .17 seconds clear of silver medallist Britany Anderson of Jamaica and beating favourite Puerto Rico’s Olympic champion Camacho-Quinn who accelerated at the midway mark but lost a close battle with Anderson over the final strides after hitting the last hurdle, going home with bronze in her first World Championships.

Amusan broke the world record earlier on Sunday by running 12.12 in the semi-final at Hayward Field.

“I sincerely congratulate Tobi Amusan on winning the 100M hurdles gold medal and setting a world record. Her tears at the ceremony podium while the Nigerian anthem played, connects that our dear country needs leaders to match the talents and ambitions of her youths.” Obi said in a Twitter statement.

“Sports remains a very veritable avenue to harness the talents of our youths, create jobs and above all, contribute immensely to much-needed peace and unity in our dear country Nigeria.” He added on Twitter.

Tobi Amusan victory and tears on the podium lifted the gloom of Nigerians on Monday after videos surfaced on Sunday of bandits flogging hostages kidnapped on the Kaduna Abuja train route.