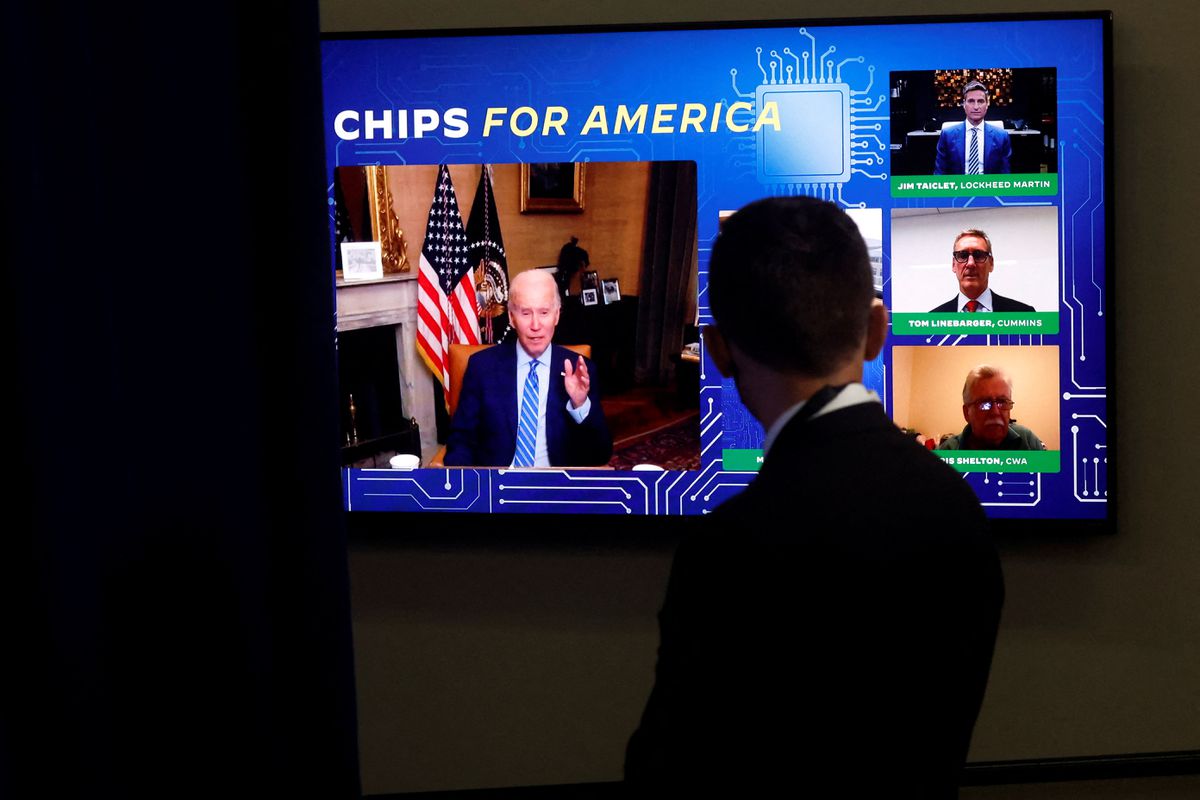 US Senate passes Chip bill to compete with China

The United States Senate on Wednesday approved sweeping legislation to subsidize the domestic semiconductor industry, hoping to boost companies as they compete with China and alleviate a persistent shortage that has affected everything from cars, weapons, washing machines and video games.

The House of Representatives plans to vote on Thursday on the long-awaited bill after the Senate passed it on a 64 to 33 bipartisan vote. If approved as expected, President Joe Biden plans to sign it into law early next week.

President Joe Biden is expected to speak with President Xi Jinping on Thursday.

“This legislation is going to create good paying jobs, it will alleviate supply chains, it will help lower costs, and it will protect America’s national security interests,” the Senate’s Democratic majority leader, Chuck Schumer.

“This is a bad day for President Xi and the Chinese Communist party,” said Senator John Cornyn. “The slumbering giant that is America has finally awakened to the challenge that we face from the People’s Republic of China.”

On Thursday, General Motors said it had 90,000 unfinished SUVs and trucks waiting for chips and other products.

In case of Chinese take over of Taiwan, Senator Mark Kelly said if the U.S. lost access to chips made in Taiwan it could shrink U.S. Gross Domestic Product by 10% and cripple auto production.

“As Americans are worried about the state of the economy and the cost of living, the CHIPS bill is one answer: it will accelerate the manufacturing of semiconductors in America, lowering prices on everything from cars to dishwashers,” he said in a statement after the Senate vote, urging the House to quickly pass the bill for his signature.

On Wednesday, it was reported that House Speaker Nancy Pelosi’s husband , financier Paul Pelosi, sold 25,000 shares of chip making firm Nvidia for about $4.1 million, ending up with a loss of $341,365. A 2012 law forbids members of Congress and family members from profiting from insider knowledge and are require to report stock transactions within 45 days.