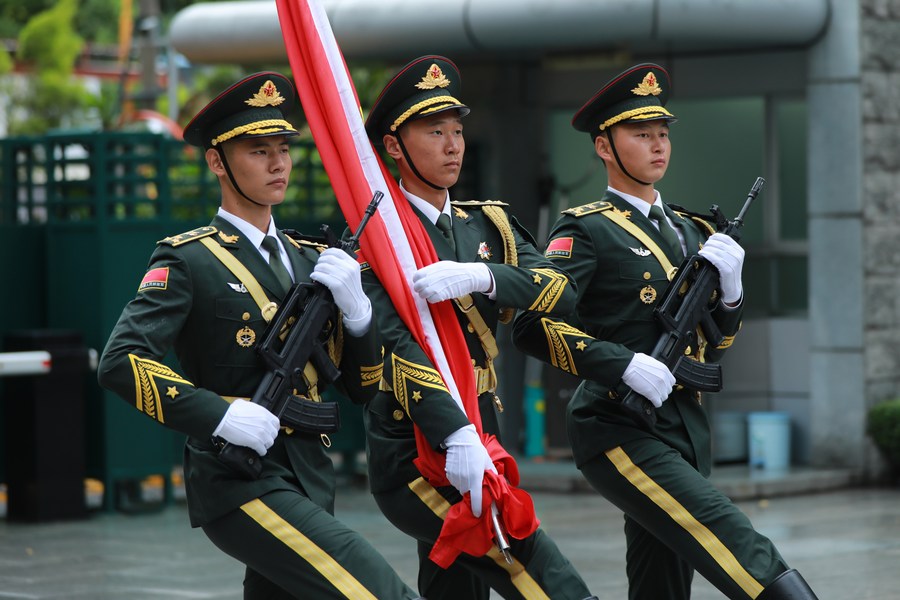 As US Speaker Nancy Pelosi is set to visit Taiwan

China on Saturday announced it was conducting a “Live Fire Exercise” off its coast opposite Taiwan after warning Nancy Pelosi Speaker of the U.S. House of Representatives to cancel plans to visit the island which Beijing claims as part of its territory known as Chinese Taipei.

“The People’s Liberation Army (PLA) will be conducting “live-fire exercises” near the Pingtan islands off Fujian province from 8 a.m. to 9 p.m., the official Xinhua News Agency said. The Maritime Safety Administration warned ships to avoid the area.

Such exercises usually involve artillery. The one-sentence announcement gave no indication whether Saturday’s exercise also might include missiles, fighter planes or other weapons. Pelosi, number three in the U.S. line of presidential succession, after Joe Biden and Vice President Kamala Harris, signalled on Friday she was embarking on a trip to Asia but did not say she will be visiting the disputed territory of Taiwan.

Twitter on Saturday blocked the account of a Chinese commentator who posted on the microblog site that Chinese jets should shoot down Pelosi’s plane if it refuses to return. “Our fighter jets should deploy all obstructive tactics. If those are still ineffective, I think it is okay too to shoot down Pelosi’s plane.” Hu the former editor of the Chinese newspaper Global Times wrote.

On Thursday, Chinese President Xi Jinping warned Biden in a phone call that Washington should abide by the one-China principle and “those who play with fire will perish by it.”

On Friday, White House national security spokesperson John Kirby said when asked about a possible visit to the island by Speaker Nancy Pelosi. “[We’ve] seen no physical, tangible indications of anything untoward with respect to Taiwan,” Kirby told reporters. Pelosi has not confirmed that she’ll visit Taiwan.

“I’m very excited, should we go, to the countries that you’ll be hearing about along the way,” she said, after citing the importance of the U.S.-Asia-Pacific relationship.

The White House has refused to comment on reports that she will go to Taiwan.

“Where she’s going and what’s she’s going to be doing, that’s for the speaker to talk to,” Kirby told reporters.