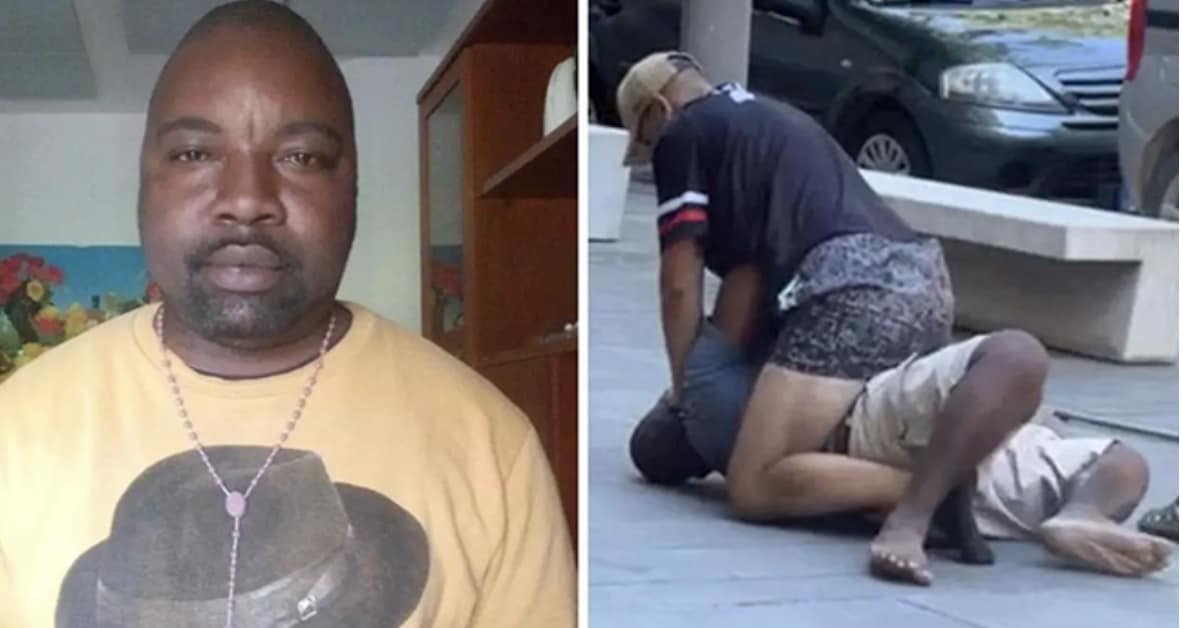 Italian Carabinieri arrested an Italian man in the slaying of a Nigerian vendor whose brutal beating death on a busy beach town thoroughfare was filmed by onlookers without any apparent attempt to stop the brutal beating. Police announced Saturday.

Alike Ogochukwu, 39, was selling goods Friday on the main street of Civitanova Marche, a beach town on the Adriatic Sea, when his attacker grabbed the vendor’s cart and struck him down, according to police. Video shows the assailant wrestling the victim onto his back on the pavement as he fought back, eventually subduing Ogochukwu with the weight of his body.

“The aggressor went after the victim, first hitting him with a crutch. He made him fall to the ground, then he finished, causing the death, striking repeatedly with his bare hands,″ police investigator Matteo Luconi told a press conference.

He later told Italian news channel Sky TG24 that onlookers called police, who responded after the suspect had fled and attempted to administer aid to the victim. An autopsy will determine if the death was provoked by blows, suffocation or another cause.

Police used CCTV cameras to track the assailant’s movements and detained a suspect identified as Filippo Claudio Giuseppe Ferlazzo, 32. He was being held on suspicion of murder and theft for allegedly taking the victim’s phone. Police say the deadly assault began after the vendor made “insistent” requests for pocket change.

A spokesman for the local migrants group,  Daniel Amanza disputes the police version of events, saying the attacker became triggered when Ogochukwu told the man’s companion she was beautiful.

“This compliment killed him,” Amanza told The Associated Press.

“The tragic fact is that there were many people nearby. They filmed, saying ‘Stop,’ but no one moved to separate them,” Amanza said.

The deceased left behind two children and a wife.

Italy is in a parliamentary election campaign in which the right-wing coalition has already made immigration an issue. The killing has already drawn outrage.

“Security has no colour and … needs to return to being a right.” Right-wing leader Matteo Salvini said.