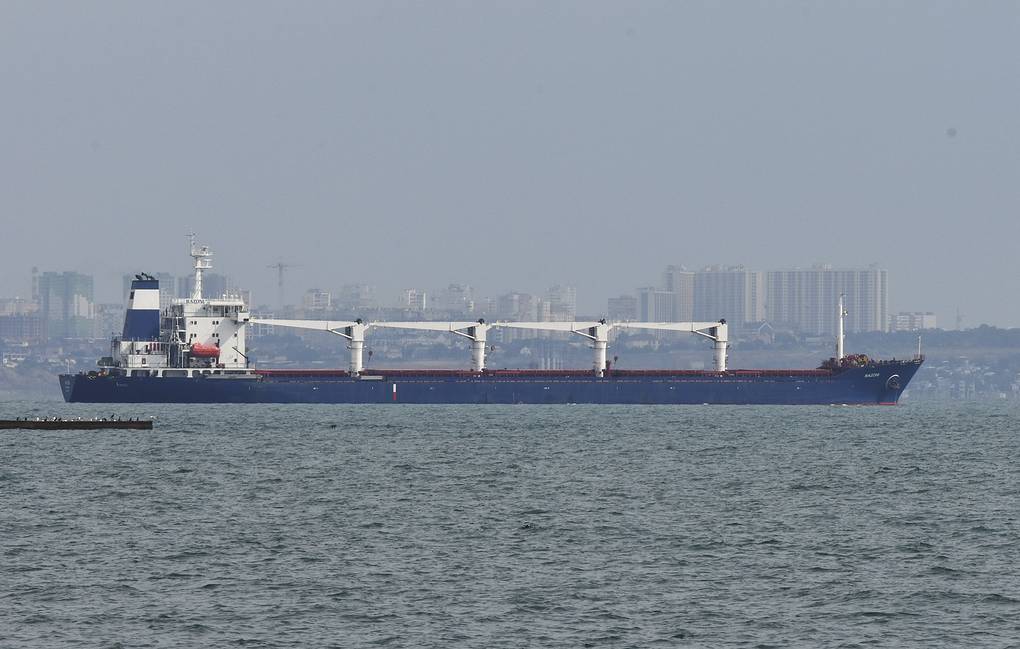 The first ship carrying grain for Kiev has left the port of Odessa, Monday under the an internationally brokered deal involving Russia, the United Nations and Turkey. The deal is to allow Russian and Kiev’s grain and fertiliser shipments reach global markets and ease the global food crisis.

Turkish Minister of National Defense Hulusi Akar, answering questions from Turkish journalists, Monday, stressed the importance of the agreement on the safe transportation of grain from the ports of Ukraine, signed on July 22 in Istanbul in the presence of President Recep Tayyip Erdogan and UN Secretary General António Guterres.

​​​​​​​”The document was signed by representatives of Ukraine, the Russian Federation, the UN and Turkey, after which the Joint Coordination Center was opened in Istanbul.” Akar said

“Today, the Joint Coordination Center in Istanbul is the only platform where representatives of the Russian Federation and Ukraine are together. The trust shown by the parties to Turkey is a matter of pride for our country,” Akar added.

Thanking the Russian Federation for making it possible. He recalled that the term of the “grain agreement” is 120 days, and it can be extended. “The main thing in this issue is to ensure the humanitarian needs of people,” the minister said, also noting that food products and chemical products have also accumulated in the ports of the Russian Federation.

A separate United Nations agreement with Russia will get those goods to the world market which will help in curbing world hunger which could lead to further migration if not tackled.

The Razoni the first ship with corn from Ukraine will arrive in Istanbul on Tuesday, August 2 at 15.00 local time, where it will be inspected before it is allowed to proceed to Lebanon a nation in the grips of what the World Bank has described as one of the world’s worst financial crises in more than 150 years.