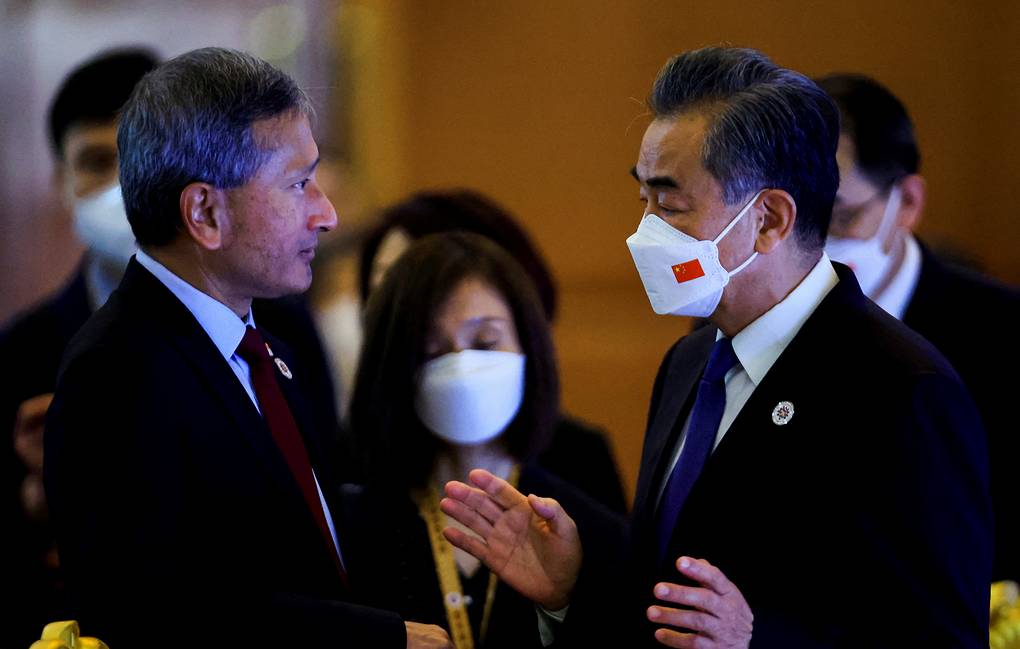 The United States cannot prevent the process of China’s national reunification and the “noose around the neck of Taiwan’s independence” will be tightened more and more, Chinese Foreign Minister Wang Yi said at a meeting with his Singaporean counterpart, Vivian Balakrishnan, during the Association of Southeast Asian Nations (ASEAN) Foreign Ministers Meeting in Phnom Penh, Cambodia on Friday.

“The farce orchestrated by the United States under a disguise of the so-called democracy will in no way hamper China to accomplish such a great goal as the [national] reunification. The noose around the neck of ‘Taiwan’s independence’ may only be tightened tighter and tighter,” Wang said.

“The Taiwan issues concerns China’s sovereignty and territorial integrity,” Wang Yi stressed. “There is no room for compromise on this issue, which is of key interest for China.”

Relations between mainland China, Taiwan and the United States have virtually collapsed over US House Speaker Nancy Pelosi’s visit to the island, which took place on Tuesday. China announced on Friday it was halting dialogue with the United States in a number of areas, including between theater-level military commanders and on climate change, in a furore over U.S. House Speaker Nancy Pelosi’s visit to Taiwan.

China’s foreign ministry said it was also suspending exchanges with Washington on countering cross-border crime and drug trafficking, all moves Washington called “irresponsible.” It repeatedly warned the US side that if such a visit took place, it won’t be left unanswered and harsh measures would be taken. Immediately after Pelosi’s arrival to Taipei, Beijing announced plans to conduct military drills involving live fire exercise near Taiwan. The military drills have affected shipping along the Taiwan strait one of the busiest sea lanes in the world and airlines flying to Taiwan have cancelled flights for the duration of the Chinese drill.

It is a reminder of the severe impact a conflict over Taiwan could have on global trade given the 180-km wide (110-mile) Taiwan Strait and a shipping lane to the island’s east are major routes for ships transporting goods from East Asia to the United States and Europe.