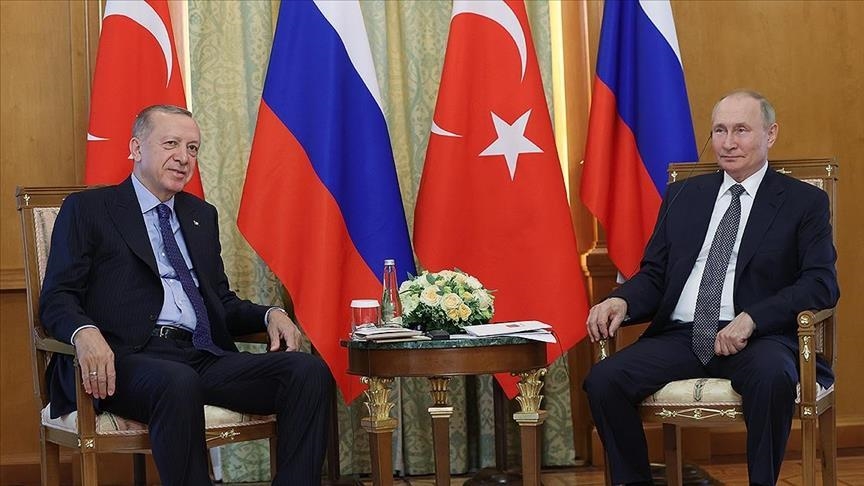 The Russian and Turkish Presidents – Vladimir Putin and Recep Tayyip Erdogan – concluded a four hour meeting in the Green Hall of the Imperial Building of the Rus health resort in the Black Sea city of Sochi on Friday. Where the two leaders underlined the need for full implementation of the Istanbul deal, which included exports of Russia’s grain and fertiliser products, according to the statement.

At the end of the meeting, the two leaders confirmed that the constructive relations between Ankara and Moscow played a role in reaching last month’s historic deal on the safe transportation of grain and food products from Ukrainian ports

On July 22, Turkey, the UN, Russia, and Ukraine signed a deal in Istanbul to reopen three Ukrainian ports for exports of Ukraine grain, which had been stuck for months due to the Russia’s special military operation in Ukraine, now in its sixth month.

“Today’s talks are crucial in regard to the role Turkey and Russia play in the surrounding region. I hope they will open a new page in bilateral relations. We are planning to discuss relations between the two countries in all areas and reach closure on how to get ahead,” Erdogan said.

The steps taken both in the energy sector and in the creation of a grain corridor in the Black Sea, as well as the talks on the tourism industry and the initiatives implemented in the transport sector, are positive for our region,” the Turkish president said.

Opening the talks with Erdogan, the Russian president stated that the two countries have plenty of bilateral projects to implement. Putin pointed out that bilateral trade had doubled in the first quarter of 2022.

“Suffice to say that our trade increased by 57% last year and in the first months of this year, including May, it doubled,” Putin said.

The leaders reaffirmed their readiness to advance bilateral relations, despite the current regional and global challenges, “on the basis of mutual respect.”