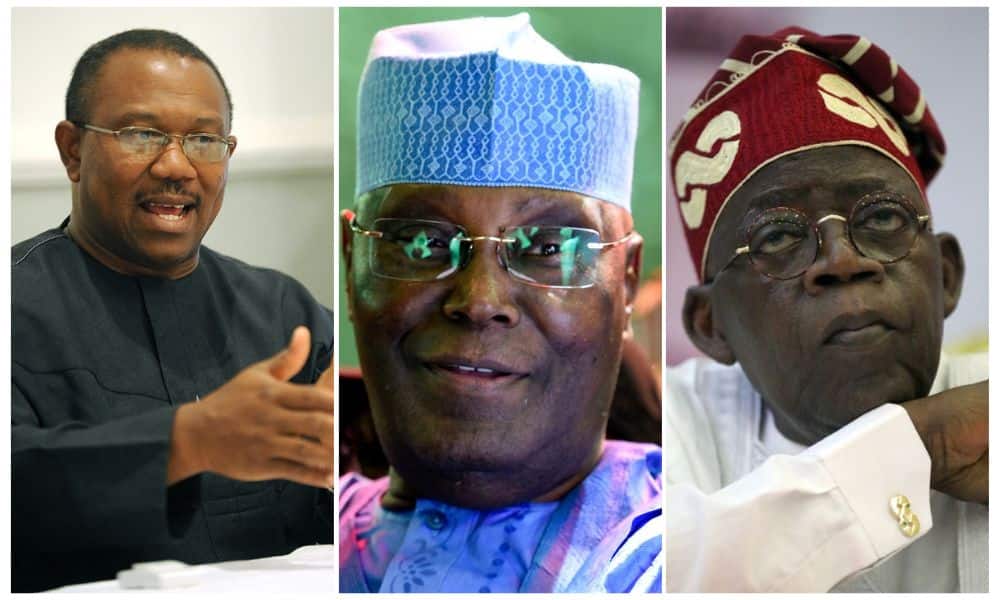 With the deteriorating economic and security situation in Nigeria ahead of the 2023 General Elections, the ruling All Progressives Congress (APC) governors have submitted a 33 point proposal to the President, Muhammadu Buhari for urgent implementation during a meeting last month. This is according to a report in the Premium Times.

This has been seen as another desperate attempt by the ruling party to cling on to political power by all means. The question being asked on social media is why did it take this long for it to be suggested to the Buhari administration who have sensed that the Labour Party’s Peter Obi will win in a landslide due to the dire economic situation that no amount of vote buying and rigging will prevent.

The newspaper reported that the governors advised the federal government to offer federal civil servants who are older than 50 years a one-off retirement package to exit the service.

They equally urged the federal government to immediately put an end to the Central Bank of Nigeria’s financing of the government’s budgetary expenditures and convert its N19 trillion debt into a 100-year bond.

The governors were concerned about the deteriorating state of the economy and the ripple effect on the nation ahead of the 2023 general elections.

Earlier in the week, a PREMIUM TIMES investigation of Nigeria’s external reserves revealed that the figures amount to only $15 billion, well below the $36 billion balance on the gross external reserves claimed by the central bank. With the nation spending N5.9 trillion on imports in the first quarter of the year, reserves of $15 billion would barely cover four months of imports. On the low value of the Naira the governors revealed that the Central Bank printed N19 trillion “Ways and Means” for FGN expenditures contrary to the CBN and Fiscal Responsibility Acts and in violation of the law.  PMS subsidies under the guise of ‘under-recovery’ have wiped out virtually all accretions to the foreign reserves and CBN’s ‘fixed exchange’ stance discouraged foreign investment (peak of $90bn investment commitments in 2018, to $20bn in 2021), and Diaspora inflows ($20 billion in 2022 to less than $17 billion in 2021).

The desperate 33 steps the governors gave Buhari to ensure the APC victory in 2023 are outlined below.

Savings are in brackets.

11. 2023 – 2025 MTEF to be revised and updated to reflect above expenditure management measures and Government’s commitment to restore fiscal discipline.

14. Foreign trips by MDAs, including budgetary-independent agencies such as CBN, FIRS, NPA, NIMASA and NCC, etc. to be put on hold for at least one year.

20. Ensure re-introduction and passage of VAT into the Exclusive List.

22. Introduce a flat 3 per cent Federal Personal Income Tax on all Nigerians earning more than N30,000 per month. – (N100 billion)

23. Persons earning less than N30,000 per month whether employed or not, including farmers and traders should pay a monthly FPIT of N100.

24. Telecom firms and NIMC should collaborate to ensure deduction of this from phone credit of individuals and linking to NIN and BVN.

25. Centralize the collection of all federal oil and non-oil taxes in one agency, the FIRS while Customs, NPA, etc assess and issue demands.

27. Resolve lingering issues of ownership of gas in PSCs (eg Nnwa-Doro, OML 129). This will help position Nigeria to take advantage of the gas needs in Europe.

30. The Bank of Agriculture, Bank of Industry, and Development Bank of Nigeria should be recapitalised

31. Funds in NIRSAL controlled by CBN should be redirected to the Development Banks.

33. CBN’s subsidized interventions in the real sector should be ended and the relevant institutions recapitalized to provide these services.