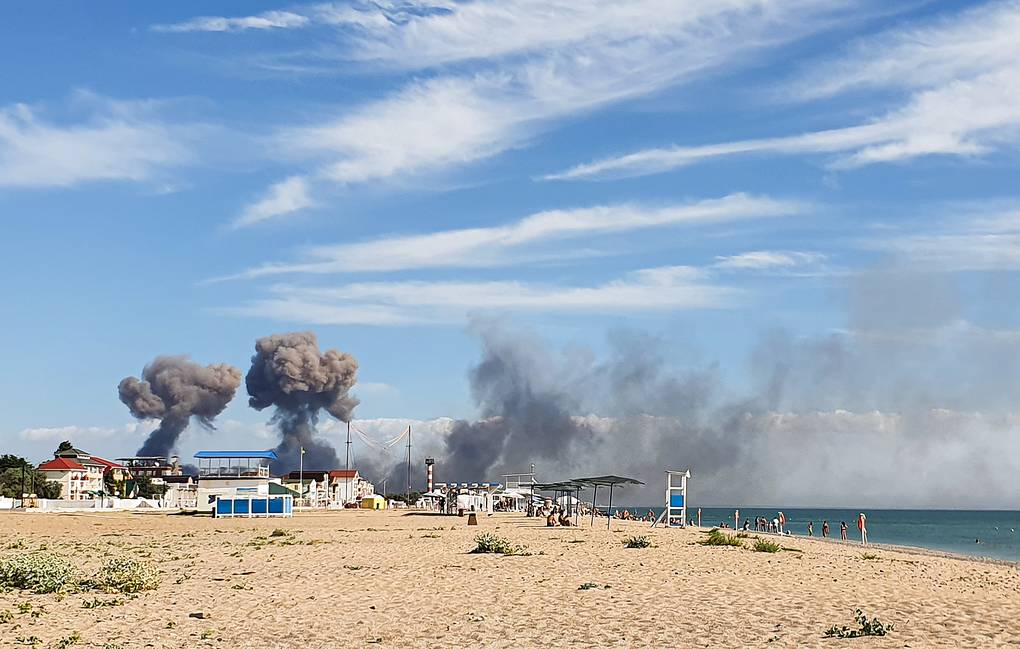 A blast has rocked an airfield in Crimea’s Saki district, Viktoria Kazmirova, deputy head of the local administration, told the Russian news agency TASS on Tuesday.

“We have blasts at the airfield. All the windows are broken,” she said.

Adviser to Crimea’s head, Oleg Kryuchkov, has confirmed reports about the explosions. “So far, I can only confirm that several blasts occurred near Novofyodorovka,” he wrote on his Telegram channel and asked to refrain from speculating about the accident until official reports are issued.

The Saki military airfield near Novofyodorovka is used by the Russian defense ministry, including for naval aircraft. Apart from it, the airfield has a ground-based testing and training system NITKA, one of Russia’s two such simulators to drill the skills of takeoff and landing of ship-based aircraft. Its size is equivalent to the flight deck of the Admiral Kuznetsov aircraft carrier.

The Russian Defence Ministry earlier said some aviation ammunition detonated at the Saki airfield that’s located in the Novofyodorovka area in Crimea. The ministry said that aircraft wasn’t damaged. “only a violation of fire safety requirements is considered as the main reason for the explosion of several ammunition stores at the Saki airfield.”

The casualty toll of the incident at the Crimean airfield, where an explosion took place, rose to nine people, the region’s health ministry said on Tuesday.

“The casualty toll of the incident at the settlement of Novofyodorovka of the Saki District rose to nine people. That still includes just one fatality,” the ministry said on Telegram.

Seven victims, including two children, were taken to the Saki district hospital, according to the statement. Six of them were provided with medical care and released while the seventh was admitted to the hospital. Two more victims independently sought help from Simferopol City Clinical Hospital of Emergency Medical Care No. 6. Their condition was mild, and they were released home after they were provided with the necessary assistance.

Ukrainian President Volodymyr Zelensky did not directly mention the blasts in his daily video address on Tuesday but said it was right that people were focusing on Crimea. Moscow could accuse Kiev of crossing a red line if Ukraine were to acknowledge it had attacked territory that Russia sees as its own.

The Russian governor of Crimea, Sergei Aksyonov, said a five-kilometre (three-mile) exclusion zone had been established around the air base.