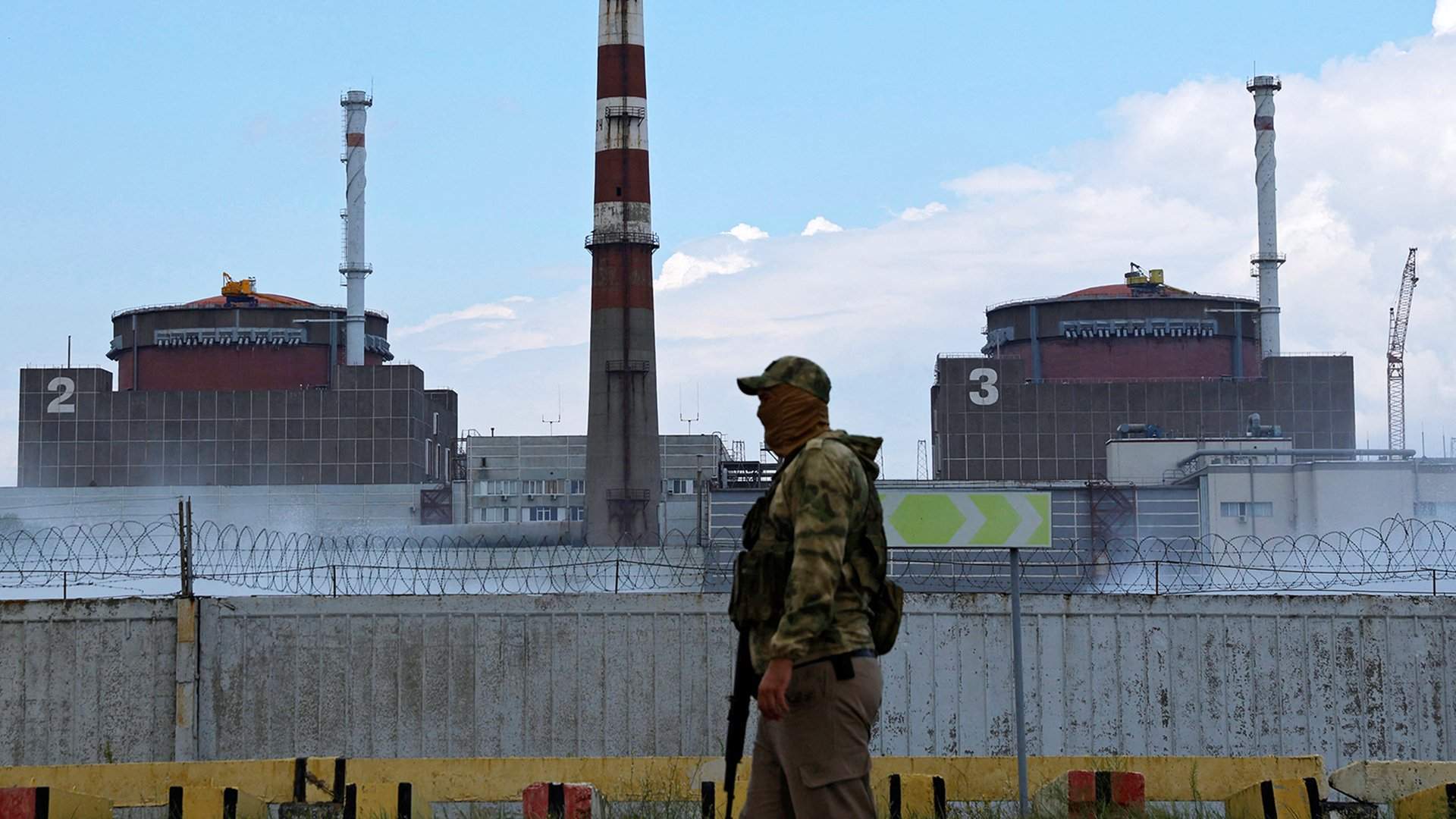 She said Ukrainian armed forces are making the situation around the power plant “more and more dangerous” by the day. Maria Zakharova said by directing artillery fire toward active reactors and spent nuclear fuel storage facilities, “the Ukrainians are taking aim at themselves.”

“We regularly send the IAEA updated information ‘from the scene,’ which is reflected in the information circulars of the agency, which clearly expose the criminal actions of the Ukrainian armed forces, the command of which has completely lost the ability to think straight,” the statement said.

Zakharova said that the plant again came under fire from Ukrainian troops on August 5 and 6, and a major incident was avoided “only thanks to the skillful and prompt actions of the NPP employees, as well as Russian forces that provide comprehensive protection of this facility.”

U.N. Secretary-General Antonio Guterres is calling for international inspectors to be given access to the ZNPP after Ukraine and Russia traded accusations over the shelling of the facility in recent days.

Any attack on a nuclear plant “is a suicidal thing,” Guterres told a news conference in Japan.

Moscow is encouraged, Zakharova said, by the statements of UN Secretary General Antonio Guterres in support of the International Atomic Energy Agency (IAEA)’s efforts to stabilise the situation at the plant and gain access to the station.

“We hope that the UN will now really not cause any obstacles in organising the agency’s international mission to the ZNPP, which, unfortunately did not take place in the past,” she said.

“We have provided a lot of supporting information for the UN Secretary General and the IAEA Director General to openly and firmly point out to the Ukrainian authorities that strikes on the ZNPP are unacceptable and force them to immediately stop attacking the station and its employees, including their families and other residents in Energodar,” she said. “Turning a blind eye to the outrageous behaviour of Kiev is something that won’t happen.”

Russian troops took over the nuclear plant at the start of the conflict.