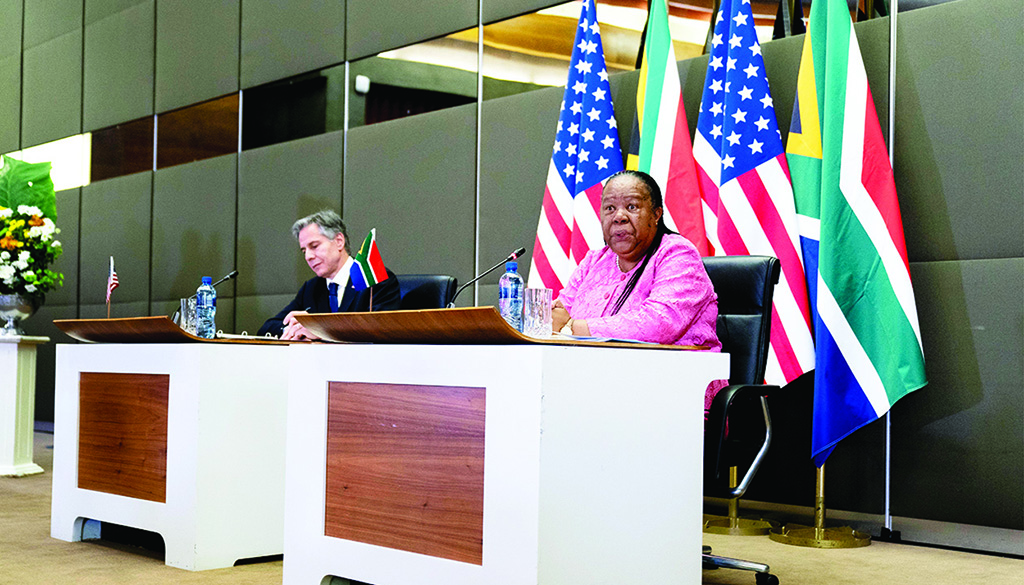 South Africa tells US Secretary of State stop the bullying

South African Minister of International Relations Naledi Pandor on Monday accused the West of taking a patronising and bullying attitude toward Africa, in a meeting with U.S. Secretary of State Antony Blinken on the first leg of his Africa visit.

Pandor made it clear that South Africa has different views from the U.S. on Ukraine, China, and Israel and the Palestinians. While Blinken stressed he was not on his three-country tour of the continent in order to counter Moscow and Beijing’s growing influence in the region, as has been widely speculated, after Russian Foreign Minister Sergey Lavrov visited last month.

“Our commitment to a stronger partnership with Africa is not about trying to outdo anyone else,” Blinken said at the joint press conference. He also talked about the US support for Kiev and accused Russia of going against the international order.

South Africa has remained neutral on the conflict with Russia, its partner in the BRICS group of countries, and abstained from any U.N. votes on the matter, though Pandor said the country “abhorred” war and would like to see an end to the conflict.

The South African Foreign Minister criticised the U.S. bill passed in April, “Countering Malign Russian Activities in Africa Act,” which has been seen by some on the continent as a vehicle to punish African countries that have not toed the line on Ukraine.

“From some of our partners in Europe and elsewhere, there has been a sense of patronizing bullying — ‘You choose this or else.’ And the recent legislation passed in the United States of America by the House of Representatives, we found a most unfortunate bill.”

During his remarks Monday, he also criticized Beijing for its strong reaction to House speaker Nancy Pelosi’s visit to Taiwan. Pandor would not comment specifically on Taiwan but did say South Africa did not want to be made party to a conflict between China and the U.S.

The candid remarks from South Africa shows that the close door meeting with the American was very difficult and tense. As he left, Blinken did not get what he wanted.

Blinken is in Africa to launch the new U.S. Strategy for Sub-Saharan Africa, which focuses on areas such as climate change, trade, health and food insecurity.

US airstrike kills Al Shabab leader The United States Africa Command (AFRICOM) has reportedly killed a leader of the terrorist...