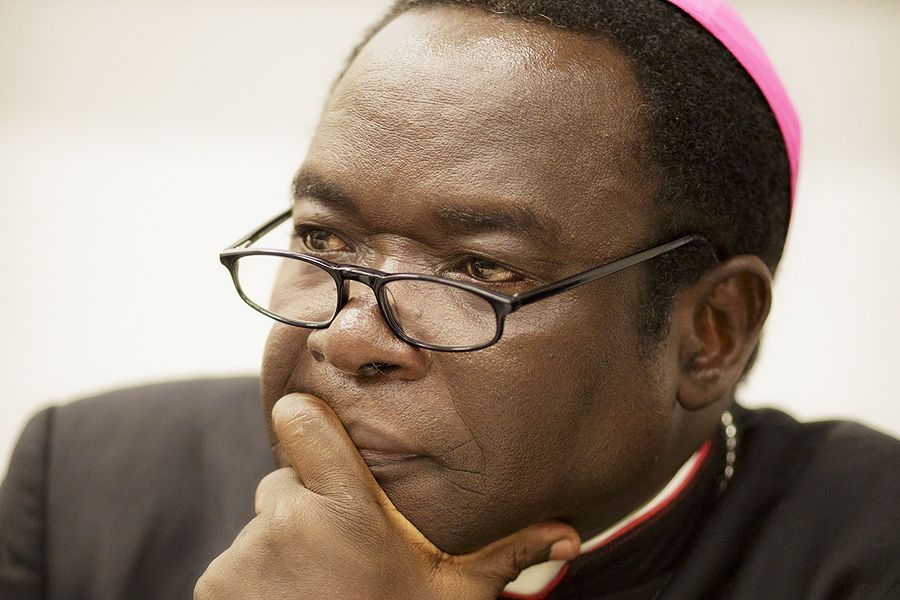 Bishop Matthew Kukah of the Sokoto Catholic Diocese of Nigeria has called the same faith presidential ticket of the ruling All Progressives Congress (APC) a reprehensible setback to national integration. He made this known when asked about the APC ticket on a Channels TV interview Thursday night.

“As a Christian, this is totally reprehensible and not acceptable to me,” Bishop Kukah said. “It has just laid the foundation and taken us back after the tide of progress we thought we have made in terms of national integration.”

The cleric pointed out Christians have made concession for Muslim-Muslim presidency twice in the past, asking if northern Muslims will accept same faith ticket if it is the reversed in favour of Christians.

“In 1983, when general Buhari came in as head of state, he took Tunde Idiagbon as deputy. Sadly, Nigerians were excited. Maybe that’s where we should return to as the scene of the crime. In 1993, Nigerians have gotten to a point under Abacha that whatever was required to get the military out, we are going to do it. I think we exaggerated what happened in 1993. But moving forward, the question I will ask my friends from northern Nigeria is, will Muslims in Northern Nigeria be ready to make the same concession that Christians made in 1984 and 1993?” The Sokoto Diocese prelate asked.

Many Nigerians have criticised the APC ticket as the politics of excluding Christians from administering a country of Muslims and Christians. An APC chieftain and ally to Alhaji Tinubu, Babachir Lawan, had described the Muslim-Muslim ticket as a satanic move, warning that Christians will vote against APC in the 2023 election.