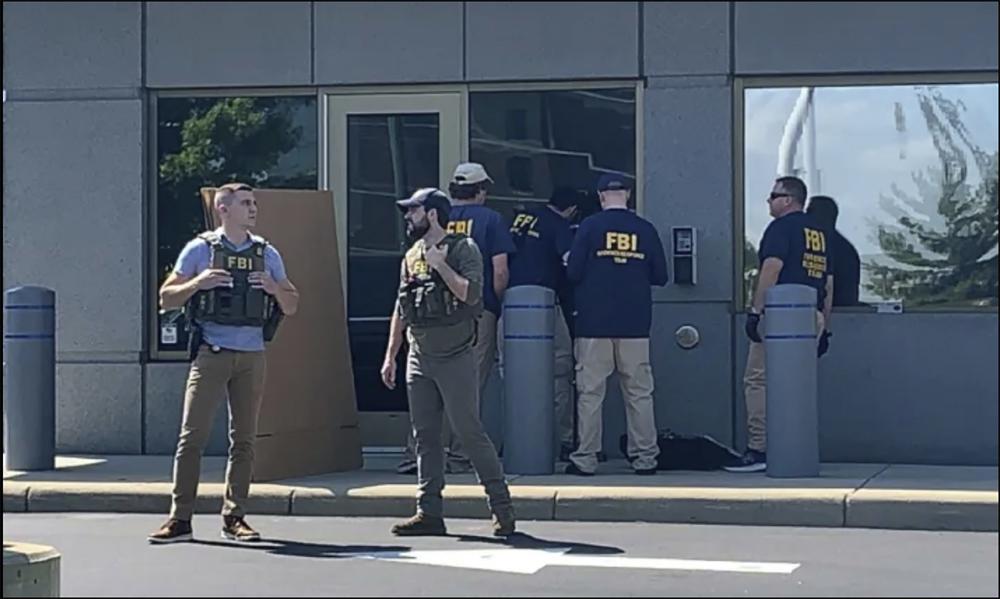 Ricky Shiffer, 42, a suspected Trump supporter and participant in the Jan 6 storming of the Capitol has died. He was shot dead during a police stand off after trying to break into the US Federal Bureau of Investigations(FBI) field office in Cincinnati Thursday.

Officials said Shiffer tried to breach the visitor’s screening area at the FBI office Thursday morning and fled when agents confronted him. He was later spotted by a state trooper along Interstate 71 and fired shots as the trooper chased him, said Lt. Nathan Dennis, an Ohio State Highway Patrol spokesperson.

“The suspect eventually got out of his car on a rural road, exchanged gunfire with police and was injured,” Dennis said. “No one else was hurt.”

Schiffer died on the scene. He  is believed to have been in Washington in the days leading up to the Jan. 6, 2021, insurrection and may have been present at the Capitol on the day of the protest, according to a law enforcement official briefed on the matter. The official could not discuss details of the investigation publicly and spoke on condition of anonymity.

The FBI have warned of a rise in threats against federal agents in the days following a search of former President Donald Trump’s Mar-a-Lago estate in Florida.

Federal officials have also been tracking an array of other concerning chatter on Gab and other platforms threatening violence against federal agents. FBI Director Christopher Wray denounced the threats as he visited another FBI office in Nebraska on Wednesday.

“Violence against law enforcement is not the answer, no matter who you’re upset with,” Wray said Wednesday in Omaha.

The FBI on Wednesday also warned its agents to avoid potential protesters, and to ensure their security key cards are “not visible outside FBI space,” citing an increase in social media threats to bureau personnel and facilities.

On Thursday, Attorney General Merrick Garland, the top law enforcement officer and an appointee of Democratic President Joe Biden, told a news conference that he had personally approved the search of Mar A Lago and said the Justice Department seeks to make public a redacted receipt of the items seized and the search warrant.

Former US President Donald Trump said on Friday on social media responding to a Washington Post report that FBI agents sought nuclear documents in a search of his Florida home earlier this week, that the “nuclear weapons issue is a hoax.”

It was not clear whether such documents were recovered at the former president’s Mar-a-Lago resort in Palm Beach, the Post said.