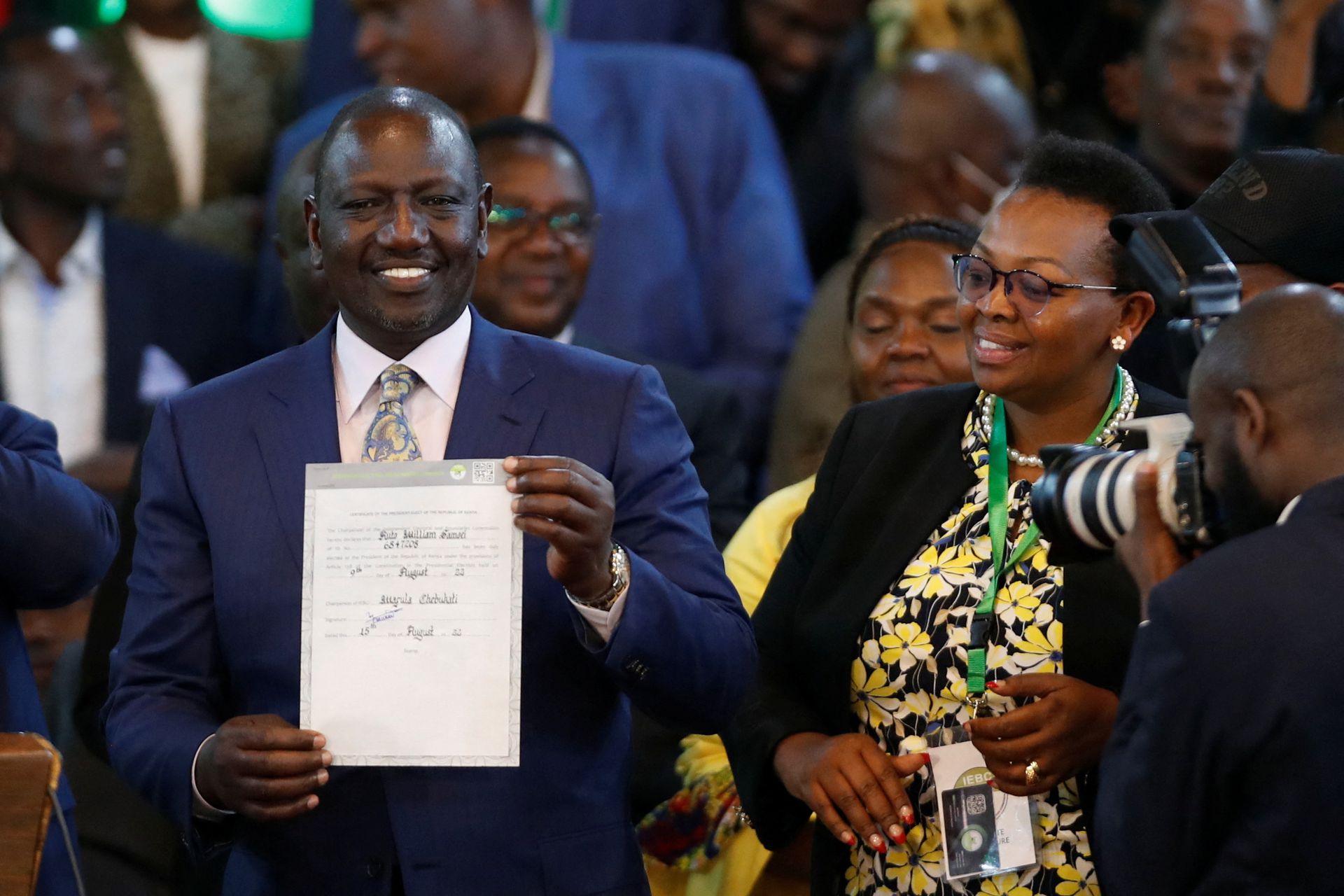 Four other senior election officials said the week-long count was too opaque and disowned the result, minutes before the chairman of the electoral commission Wafula Chebukati announced that Ruto had won the vote, his deputy Juliana Cherera had told media at a separate location that she and three other commissioners disowned the results.

“We are not able to take ownership of the results that will be announced,” she said.

Scuffles broke out as Ruto was confirmed the winner. Diplomats and international observers were made to leave before the results were read.

Gladwell Otieno of the Angaza Movement, a consortium of civic and human rights organizations pushing for electoral integrity and accountability, urged the electoral commission to address the allegations of vote rigging.

“We demand the Kenya police arrest any person involved in electoral fraud and fast-track investigations and those found culpable are convicted. It’s time we have accountability for continual electoral malpractice in this country.” Otieno emphasised.

Kenya’s Supreme Court invalidated presidential election results in 2017 due to irregularities and illegalities in the process.

This year’s vote recorded a low voter turn out with Kenyan youth absent at the polls. It saw a drop in overall turnout at 64.6%. Kenya’s past two elections under the 2010 constitution registered higher figures – 78% in August 2017 and 86% in March 2013. Kenyans aged 35 and below make up 75% of the population which is a cause for concern as they will be shut out of the political process.