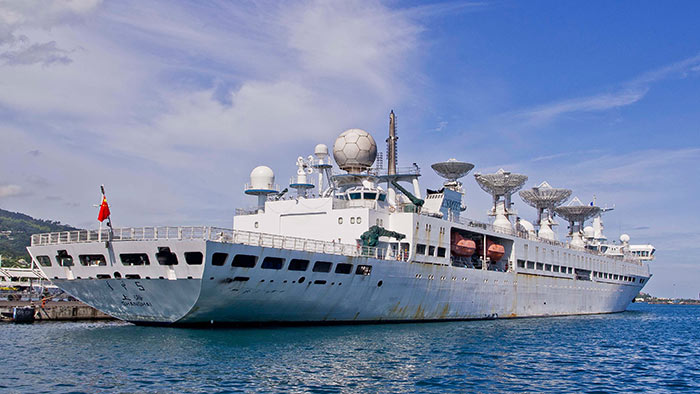 On Saturday, Sri Lanka said it had agreed the vessel could dock at Hambantota, despite security concerns raised by India and the United States.  India rejected claims that it has put pressure on Sri Lanka to turn the vessel away leading experts to believe that it was solely US pressure on Colombo.

The movements of the ship have fuelled contention between India and China, two of Sri Lanka’s biggest allies in its current economic crisis, as India fears China could use the port, near the main Asia-Europe shipping route, as a military base.

“The vessel will be berthed for three days,” the official, who declined to be identified as he was not authorised to speak to media spoke from the southern port.

“The purpose of staying at the port is to stock up on fuel, food and other essentials.”

Hours after the ship docked, a Sri Lankan cabinet spokesman said the island nation was working to ensure there was no friction between friendly countries.

“Even before this, there have been ships from the United States, India and other countries coming to Sri Lanka,” Media Minister Bandula Gunawardana told reporters.