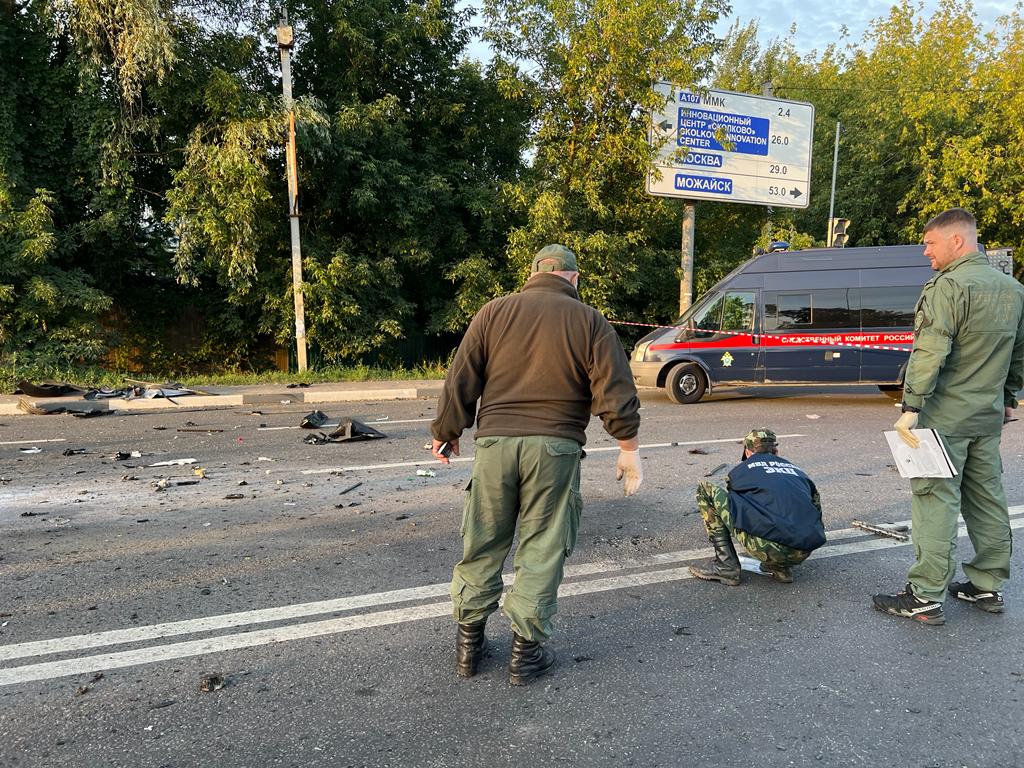 “Taking into account the data obtained, the investigation believes that the crime that killed journalist and political scientist Daria Dugina was ordered and planned in advance.” The Investigative Committee said. Investigators and specialists from the Main Directorate of Criminology of the Investigative Committee continue to work at the scene. Explosives experts examined the burned-out car and later towed to a specialised parking lot. A recording from the car’s DVR was also seized.

The incident is now classed as a murder investigation under the second part of Article 105 of the Criminal Code (paragraph “e”) “Murder committed in a generally dangerous way.” The case has been transferred to the central office of the Investigative Committee.

According to the IC, on August 20, at about 21:00 Moscow time, near the village of Bolshiye Vyazemy, Odintsovo urban district, an explosive device went off in a Toyota Land Cruiser, after which the SUV caught fire killing Daria Dugina. The car exploded on the Mozhaisk Highway as she was driving from the Tradition festival. The car belongs to Daria’s father, Russian public figure Alexander Dugin a Russian philosopher, political scientist, publicist, professor, founder of the philosophic and political movement neo-Eurasianism. Since March 2015, he has been on the US, Canadian and Australian  sanctions list due to the events in Ukraine.

Daria was born in 1992, graduated from the Faculty of Philosophy of Lomonosov Moscow State University, and worked as a political observer for the International Eurasian Movement.

The head of the Donetsk People’s Republic (DPR), Denis Pushilin, has accused “Ukrainian terrorists” of responsibility for Dugina’s death.

Russian Foreign Ministry spokeswoman Maria Zakharova wrote on her Telegram channel. “The Russian law enforcement authorities are investigating the death of Darya Dugina. If the Ukrainian trace is confirmed, and this version was voiced by DPR head Denis Pushilin, and it must be verified by the competent authorities, then we are talking about the policy of state terrorism implemented by the Kiev regime.”

In response to Russian accusations, the advisor to Ukrainian presidential office denied Kiev’s involvement in the blast.  “I stress that Ukraine certainly had nothing to do with it,” Mikhail Podolyak said Ukrainian edition Liga.net quoted him as saying on Sunday.