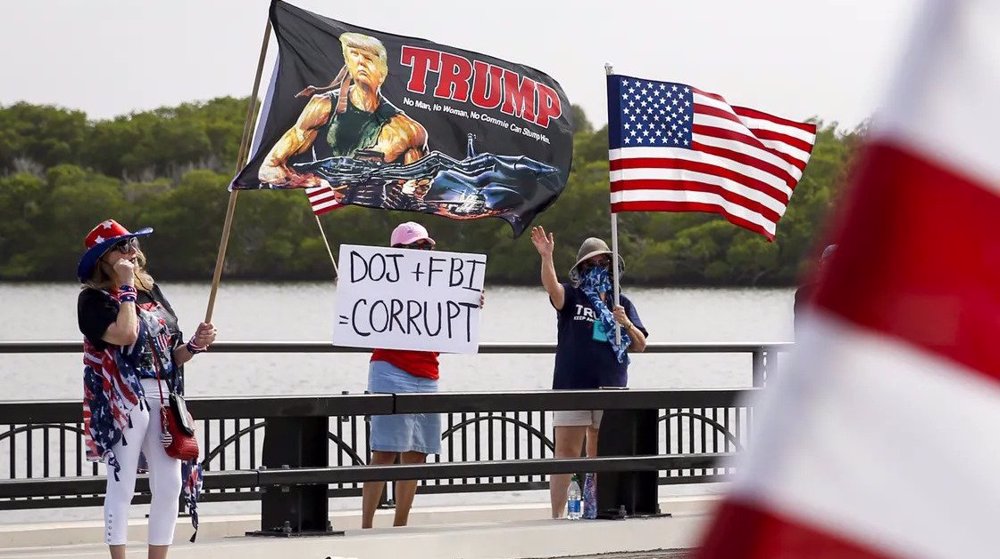 Report warns Americans are arming for a civil war

Civil rights activists according to a report published Saturday, by The Guardian warn than more and more Americans are arming themselves for an imminent civil war which will pit them against an overreaching federal government acting through its agencies like the Internal Revenue Service (IRS), and the Federal Bureau of Investigation (FBI).

The FBI’s unprecedented search of former US president Donald Trump’s Mar-a-Lago residence in Florida unleashed a barrage of threats of violence and civil war amid the unprecedented rise of weapons sales.

The Guardian cited Dr. Garen Wintemute who used to laugh off warnings of a civil war coming to America as “crazy talk”. Then the emergency room doctor in California saw the figures for gun sales. He heads a centre which researches firearms violence after years of treating gunshot wounds.

Wintemute had long observed that the rush to buy weapons came in waves, often around a presidential election. Always it fell back again.

“Then in January of 2020 gun sales took off. Just an unprecedented surge in purchasing and that surge continued,” he said. “We were aware that, contrary to prior surges, this one wasn’t ending. People are still buying guns like crazy.” Many were buying a weapon for the first time.

A survey for the California Firearm Violence Research Center released last month showed that half of Americans expect a civil war in the United States in the next few years. One in five thought political violence was justified in some circumstances. In addition, while almost everyone said it was important for the US to remain a democracy, about 40 percent said that having a strong leader was more important.

“Coupled with prior research, these findings suggest a continuing alienation from and mistrust of American democratic society and its institutions. Substantial minorities of the population endorse violence, including lethal violence, to obtain political objectives,” the report concluded.

Trump attacked the FBI as “seditious”, “abusive”, “criminal” and “sleazy” after agents hauled out about 20 boxes of White House material from his Florida home, including 11 sets of classified information. The Presidential Records Act states those records should have been turned over to the National Archives when Trump’s term ended.

In days that followed the search, Trump called it a “sneak attack” and a “raid,” a “siege,” and “corrupt.” He also claimed FBI agents “planted” evidence in his home.

In a joint intelligence bulletin issued on Friday, the FBI and DHS warned that violent threats against federal law enforcement, judicial and government personnel and property had increased.

They made threat of exploding “a so-called dirty bomb in front of FBI Headquarters” and called for “civil war” and “armed rebellion” across the United States.

The bulletin said the threats were posted online and across multiple platforms, including on social media.

The threats have risen to a point where current and former Republican elected officials are publicly calling for an end to such rhetoric, warning that it could spark real-life violence.