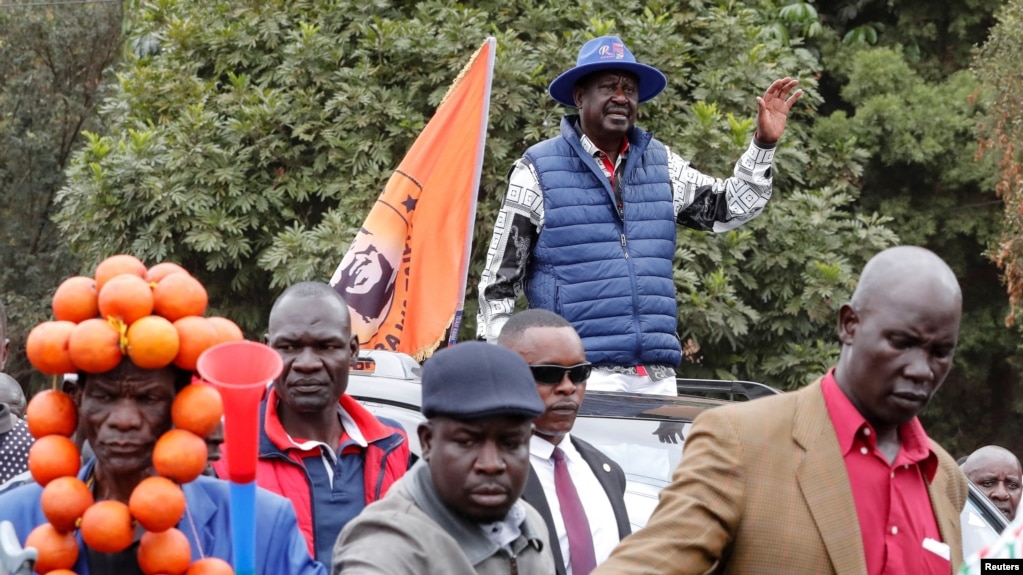 The Kenyan Opposition leader and former prime minister Raila Odinga filed a challenge Monday with the country’s Supreme Court against election results that saw him lose the presidency by a slim margin.

Odinga led supporters of his political coalition and lawyers armed with thousands of documents to the court in central Nairobi, where they submitted their request asking the Supreme Court to overturn election that made William Ruto president-elect.

Speaking after filing the petition, Odinga said the country’s electoral system was compromised. “Kenyans and those who followed our campaigns will recall fighting and ending corruption in Kenya was a core agenda throughout our campaign as Azimio la Umoja, One Kenya Coalition Party,” Odinga said.

“The presidential results announced last week represent the continuing struggle pitting the forces for democracy and good governance against the corruption cartels that are so determined that they will stop at nothing to take control of the government and this country.” He added.

This is Odinga’s fifth attempt to become President of Kenya. His legal team says the August 9 presidential election was rigged in favor of Ruto, who in the official results garnered 7.1 million votes, compared to 6.9 million for Odinga. President Uhuru Kenyatta endorsed Odinga’s candidacy after falling out with Ruto after the last election.

I have participated in many petitions,” he said. “This one, I can tell you, is a bombshell and we have so many smoking guns and I think at the conclusion of this petition, you are going to have a determination in favor of Raila Amolo Odinga.”  James Orengo one of Odinga’s legal counsels said.

At stake is control of East Africa’s wealthiest and most stable nation, home to regional headquarters for firms like General Electric, Google and Uber. Kenya also provides peacekeepers for neighbouring Somalia and frequently hosts peace talks for other nations in the turbulent East Africa region.

The case will be heard by the seven-member Supreme Court and presided over by Martha Koome, Kenya’s first female chief justice, who was appointed by Kenyatta last year.