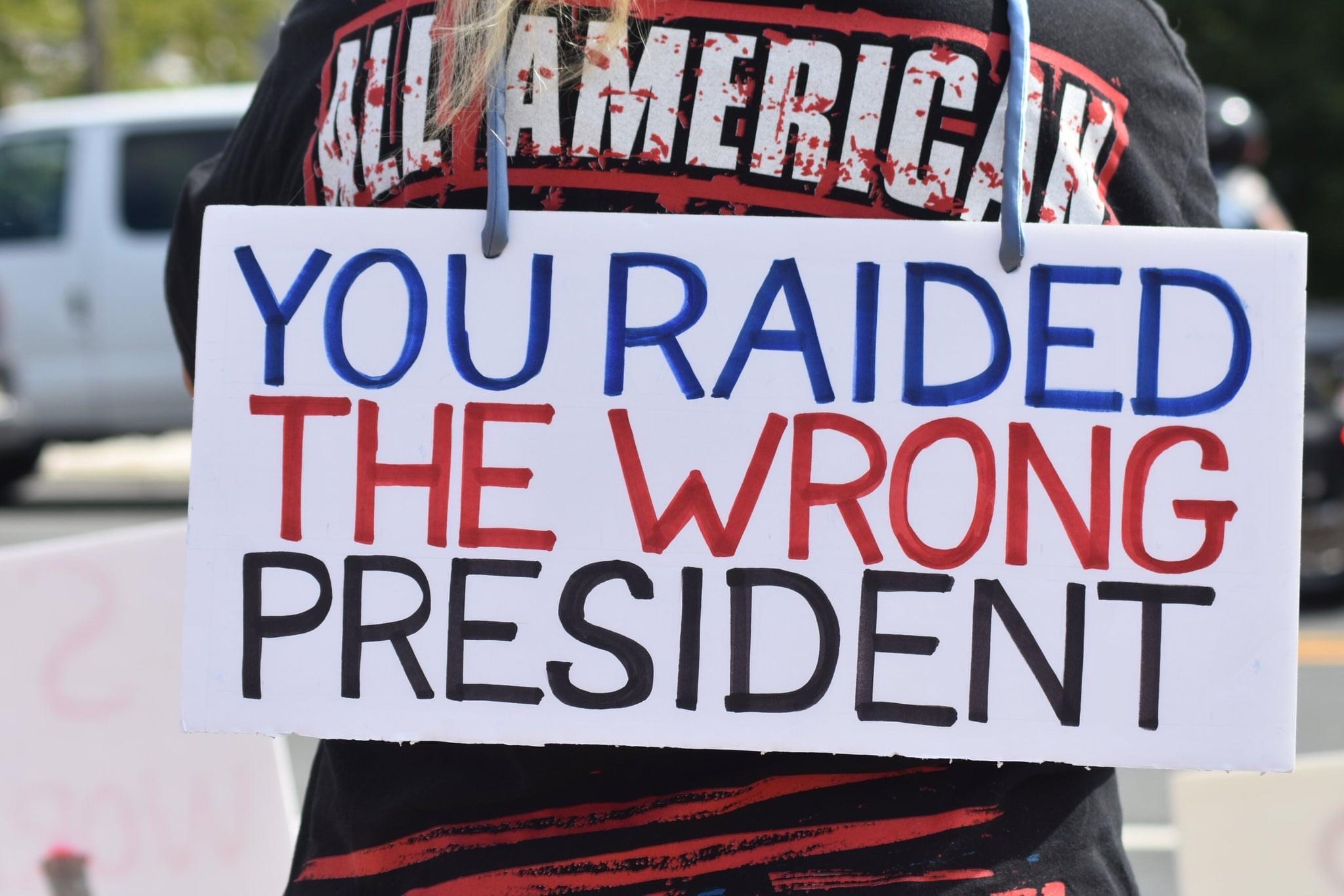 No mention of nuclear says Trump on Truth Social

The U.S. Department of Justice released new details about its investigation into government records that former President Donald Trump removed from the White House on Friday, the state documents included 184 classified documents, some of which were labeled as “top secret” and contained sensitive information about government informants and intelligence-gathering. The Justice Department said the heavy redaction was necessary out of concern that their disclosure could compromise “clandestine human sources” used in intelligence gathering.

Former President Donald Trump immediately fired back on his social media platform Truth Social  attacking the search on his Florida Mar A Lago estate for top secret documents he took with him from the White House and insisted, “WE GAVE THEM MUCH.”

Trump focused on Judge Bruce Reinhart, who approved the search on 8 August, accusing him of “animosity and hatred” towards the one-term president.

“Judge Bruce Reinhart should NEVER have allowed the Break-In of my home. He recused himself two months ago from one of my cases based on his animosity and hatred of your favorite President, me. What changed? Why hasn’t he recused himself on this case? Obama must be very proud of him right now!”

Federal investigators used the affidavit to convince Judge Reinhart to authorise the search of the estate when Mr Trump was in New York.

Mr Trump and many of his GOP supporters have claimed that the raid was political and ordered by the White House against Joe Biden’s likely 2024 opponent.

Mr Biden has strongly denied having any prior knowledge of the raid, which was approved by Attorney General Merrick Garland.

Trump defended having classified documents at his home, claiming he had a “standing order that documents removed from the Oval Office taken to the residence were deemed to be declassified.” His lawyers have agreed with him that the President does have the executive authority to declassify documents.

“Any attempt to impose criminal liability on a President or former President that involves his actions with respect to documents marked classified would implicate grave constitutional separation-of-powers issues,” Trump’s attorney Evan Corcoran wrote in a May 25 letter to the Justice Department’s head of counterintelligence.

“Beyond that, the primary criminal statute that governs the unauthorized removal and retention of classified documents or material does not apply to the President,” he added.