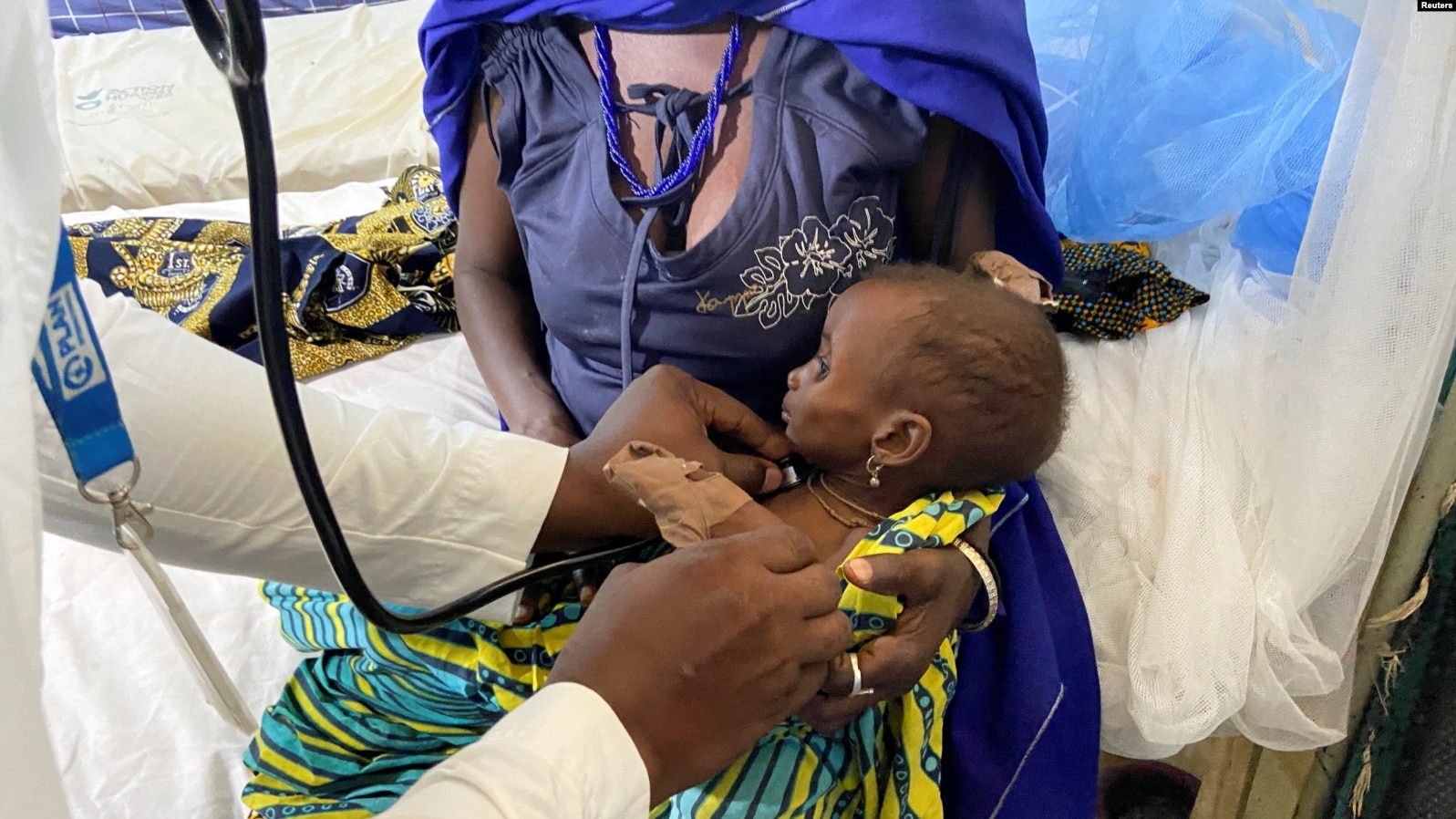 The United Nations Office for the Coordination of Humanitarian Affairs(UNOCHA) said in a report released Sunday, some 1.74 million children under the age of 5 face acute malnutrition in north east Nigeria.

This is because the militant Boko Haram group and its offshoot Islamic State West Africa Province have been fighting Nigerian security forces in the northeast for over a decade, displacing more than 2 million people and killing hundreds of others, aid agencies say.

Borno state, the epicenter of Nigeria’s Islamist insurgency, has been governed by the All Progressive Congress(APC) Governor Kashim Shettima from 2011-2018 a period marked by expansion of the terrorist group and the Chibok girls kidnap saga.

Shettima later became a senator representing Borno central and is currently the ruling party vice presidential candidate for the 2023 presidential elections. An agricultural expert by training many in the north east are wondering if he cannot solve the hunger and malnutrition in his state as a governor and senator how can he as Vice President of Nigeria?

Lying on a small bed next to her mother, 14-month-old Aisha Usman stares blankly, her eyes sunk in their sockets and rib cage visible.

She is the latest arrival at a treatment center for severely malnourished children in Nigeria’s northeast, where a long-running Islamist insurgency has uprooted millions, forcing farmers to abandon fields and causing food shortages. At Damaturu capital of Yobe state where many have fled to due to Boko Haram activities in neighbouring Borno, hospitals are full of malnourished children. Aisha’s mother Fatima said there were days when her family goes to sleep hungry because of a lack of food.

That is because in her Babangida village, in Borno state, Islamist insurgents forced villagers to abandon their farms, she told Reuters. She used to fetch firewood for sale but says that stopped as it became too dangerous to venture into the forest.

“Sometimes we are getting food to eat, and at times we don’t,” the 35-year-old said. Her daughter weighs 4.7 kg (10 lb), less than half the average weight of children her age. Some of the little girl’s organs were shutting down when she arrived at the hospital, a doctor said.

The United Nations’ OCHA needs $1 billion this year to assist 5.5 million people, including women and children, with food aid in the three states of Borno, Adamawa and Yobe. Adamawa has produced a former vice president Atiku Abubakar and who incidentally is the opposition party presidential candidate for next year’s elections.

“Some international donors have shifted funding elsewhere, including Ukraine, Ethiopia and Afghanistan, which are also facing increased humanitarian needs,” the OCHA says.

Up to 5,000 children in Nigeria’s northeast, however, are at risk of dying in the next two months if funding does not come through, said John Mukisa, a nutrition sector coordinator for U.N. agencies.

“Most of the problem we notice in these local government areas is due to poor access to food due to the insecurity, and there is food insufficiency in each of the households,” Japhet Udokwu, the doctor in charge of the treatment center, told Reuters.

Farming sustains livelihoods in the northeast, but insecurity, the rising cost of fertilizer and diesel, as well as flooding and drought due to changing climate, have combined into a powerful force that is upending lives.