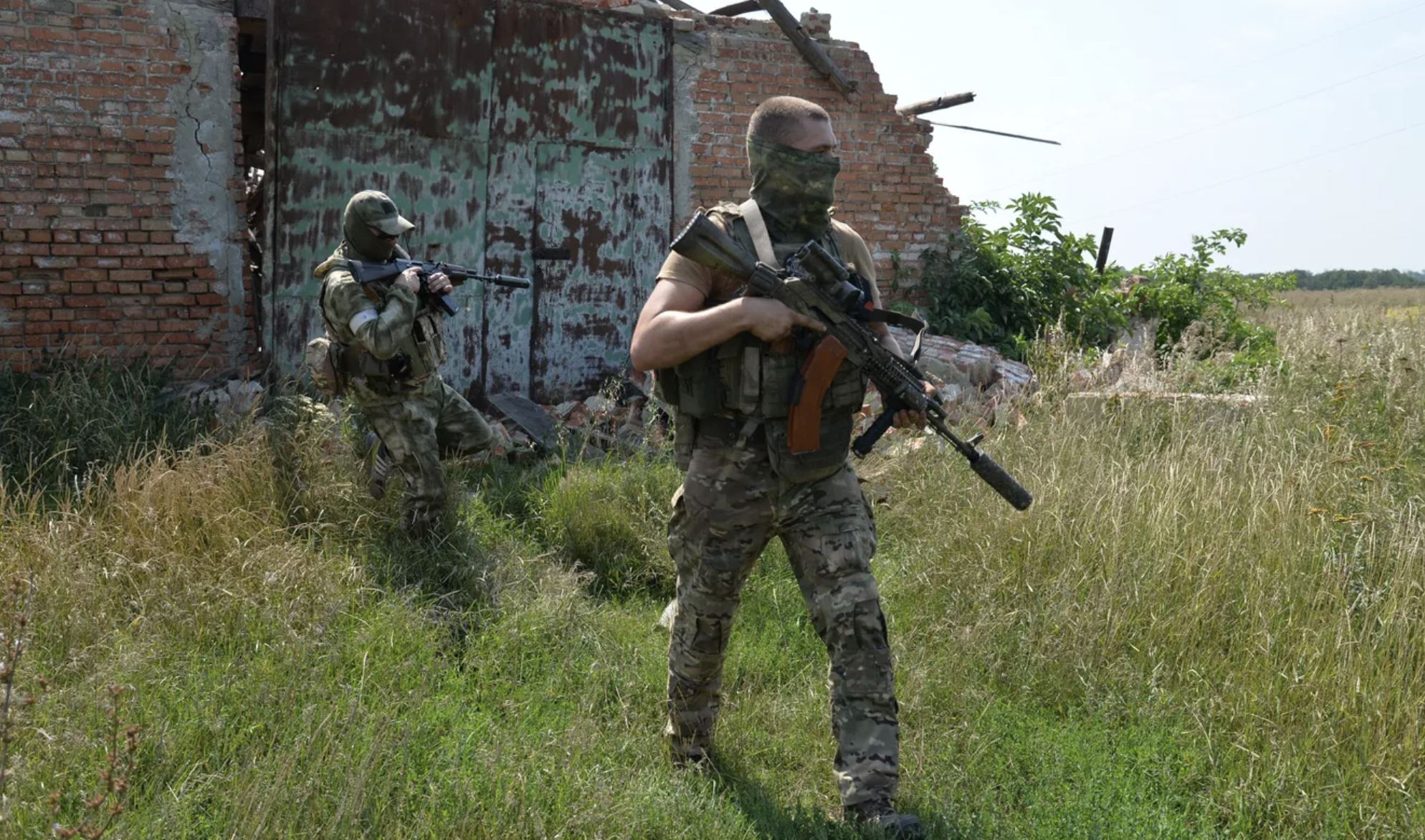 The Russian Ministry of Defence on Tuesday said that the much publicised Ukrainian counter offensive personally ordered by Volodymyr Zelensky the Ukrainian President has failed in “all directions.” Russian allied forces killed over 1,200 Armed Forces of Ukraine (AFU) and destroyed over 100 armoured vehicles, using heavy artillery and airstrikes.

“As a result of the defeat of the Zelensky offensive of the Ukrainian troops in the Nikolaev-Krivoy Rog and other directions, carried out on the personal orders of the Zelensky, the enemy suffered large-scale losses. The effective actions of the Russian group of troops destroyed 48 tanks, 46 infantry fighting vehicles, 37 other armored combat vehicles, 8 pickup trucks with large-caliber machine guns and more than 1,200 Ukrainian servicemen,” the ministry said.

In that engagement, 5 soldiers of the brigade surrendered.

“High-precision ground-based weapons near Aleksandrovka, Dnepropetrovsk Region, have hit a temporary deployment point and an ammunition depot of 1st Tank Brigade of AFU. More than 200 fighters, including about 40 foreign mercenaries, more than 20 armoured vehicles and a large quantity of artillery shells have been destroyed.” Lieutenant-General Igor Konashenkov the RuMOD said at Tuesday’s briefing.

Concentrated artillery strikes were carried out near Konstantinovka in Donetsk People’s Republic against Foreign Legion mercenaries as well as a command post of the Kraken nationalist formation.

“The strikes have resulted in the destruction of over 100 militants and 7 units of military equipment.” The RuMOD spokesman stated.

“In Krivoi Rog city in Dnepropetrovsk Region, Russian Aerospace Forces precision weapons have destroyed the production shops of the Intervzryvprom plant where explosives and other products for the Ukrainian Armed Forces were being manufactured.”

Russian army aviation, missile troops and artillery strikes continue against military facilities in Ukraine neutralising 5 command posts, including those of 108th and 65th Mechanized Brigades near Vodyanoye in Donetsk People’s Republic and Veselyanka in Zaporozhye Region, 35th and 36th brigades of AFU Marines near Nikolaev, a nationalist formation in Kharkov city, and 52 artillery units, 142 areas of manpower and and military equipment concentration

Three missile and artillery ammunition depots near Sarny in Rovnenskyi Region, Krivoi Rog in Dnepropetrovsk Region and Vernopol’e in Kharkov Region were destroyed as a result of Russian offensive action. Russian air defence also shot down 2 Ukrainian Su-25 near Krasnoye Znamya, Nikolaev Region. While 5 UAVs have been also shot down near Valeriyanovka in Donetsk People’s Republic, Chubarevka in Zaporozhye Region, Kapitolovka, Izyum and Krasnoye in Kharkov Region according to the brief.

“Three  Ukrainian Tochka-U ballistic missiles, as well as 53 shells of multiple rocket launchers have been intercepted near Kherson, Novaya Kakhovka in Kherson Region, Antonivskyi Bridge and Kakhovskaya HPP. Including: 44 of HIMARS, 5 of Olkha and 4 of Uragan.” The general stated.

Russian MOD also said the radiation level at the Zaporozhye NPP was normal claiming that Kiev authorities were trying to provoke a “man made nuclear disaster.”

“On August 29, Ukrainian troops used 4 strike drones at the nuclear power plant. All the drones were intercepted by Russian means. One of the drones fell on the roof of Special Building No 1, which stores US-made nuclear fuel and solid radioactive waste. Damage and casualties were avoided.” Konashenkov stated.

“In addition, over the past 24 hours, Ukrainian artillery fired 2 shells into the territory of the nuclear power plant, which exploded near Special Building No 1. The shelling came from artillery positions of AFU near Marganets, Dnepropetrovsk Region. Russian Armed Forces artillery return fire have suppressed enemy firepower.” he added.