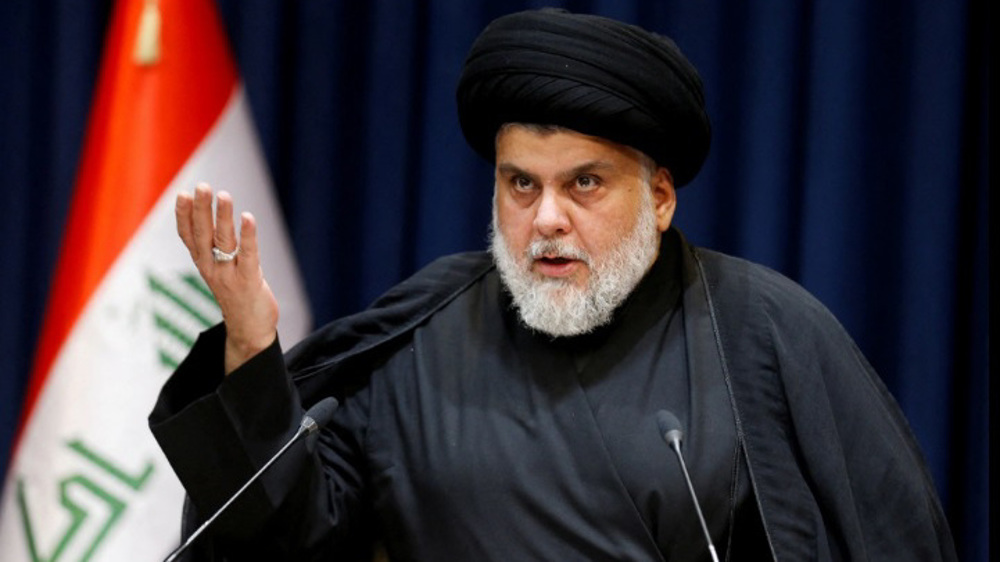 Iraqi protesters have withdrawn from the high-security Green Zone in the capital, Baghdad, after the country’s prominent Shia cleric Muqtada al-Sadr called on his followers to end the violence within an hour.

Iraqi media said on Tuesday that Sadr’s supporters, carrying guns and driving vehicles, began withdrawing from Baghdad’s Green Zone, the seat of the Iraq government, following the Shia cleric’s plea to halt the protests and deadly clashes in the capital.

Sadr had given Iraqi protesters and his followers “60 minutes” to leave the high-security area, as he extended an apology to the Iraqi people.

“It saddens me a lot what happens in Iraq; I apologize to the Iraqi people, the only ones affected by the events,” Sadr told reporters. “We had hoped that there would be peaceful protests, not weapons.”

Violence erupted in the capital after Sadr on Monday said he was resigning from politics and closing his movement’s offices amid a political stalemate that has left the country incapable of forming a new government since last October’s parliamentary elections.

Sadr’s supporters pulled down the barriers outside the government palace and breached its gates on Monday. The Iraqi Army announced a nationwide curfew, but armed clashes raged overnight.

At least 30 people were killed and 700 others wounded in the two days of unrest, which came after three years of relative stability in Baghdad.

Following Sadr’s announcement on Tuesday, the Iraqi military said that the curfew had been lifted in Baghdad and in all the other provinces where it was in place, raising hopes that calm would return to the country.

“His Eminence Muqtada Al-Sadr’s call to stop violence is the epitome of patriotism and respect to the sanctity of Iraqi blood,” Kadhimi wrote in a tweet. “His speech emplaces national and moral duty upon all to protect Iraq and stop political escalation and violence and, to immediately engage in dialogue.”

Sadr’s bloc emerged from the October elections as the biggest parliamentary faction, but was still far short of a majority, causing the longest political vacuum in the country since the 2003 invasion of the Arab country led by the United States.

In June, all 73 legislators of the bloc quit their seats in a move largely seen as an attempt to pressure political rivals into fast-tracking the formation of a government.