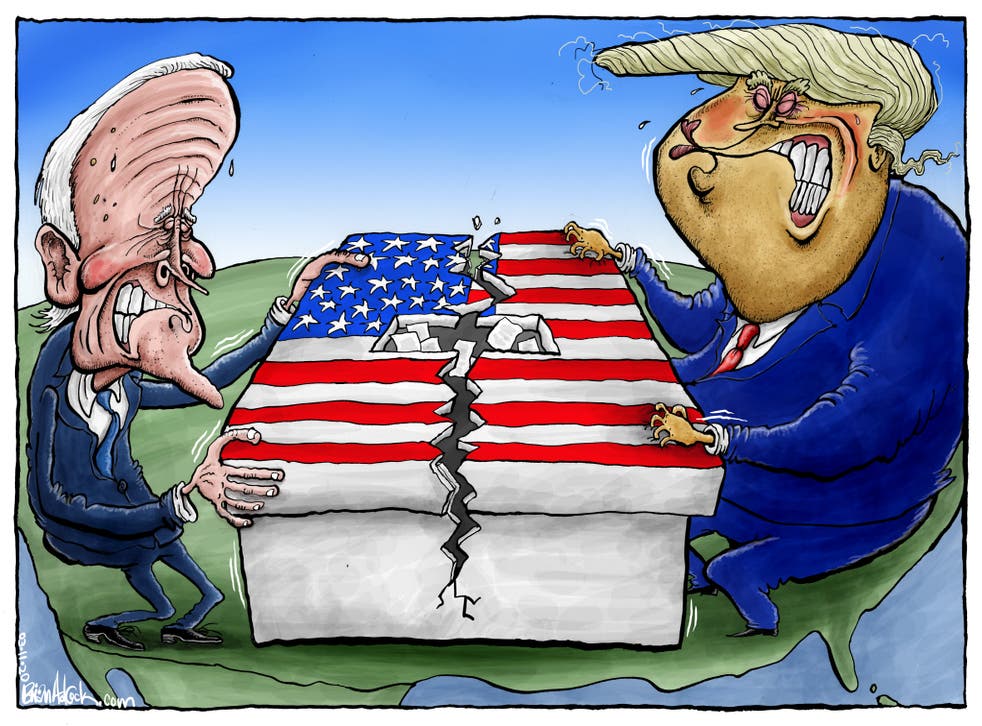 At a prime time address to the American people Thursday night, President Joe Biden sounded the alarm bells that “Trumpism threatens Democracy.” Aiming to reframe the November elections as part of an unceasing battle for the “soul of the nation.”

Nearly two years after he defeated Donald Trump, it’s a reprise of Biden’s 2020 campaign theme, casting the midterm election stakes in as dire terms as those that sent him to the Oval Office. His prime-time speech at Independence Hall in Philadelphia is laid out what he sees as the risks from those he has dubbed “ultra-MAGA Republicans” to the nation’s system of government, its standing abroad and its citizens’ way of life.

The explicit effort by Biden to marginalize Trump and his “Make America Great Again” adherents marks a sharp turn for the president, who preached his desire to bring about national unity in his Inaugural address. White House officials said it reflects his mounting concern about Trump allies’ ideological proposals and relentless denial of the nation’s 2020 election results.

“MAGA forces are determined to take this country backwards,” Biden said in remarks. “Backwards to an America where there is no right to choose, no right to privacy, no right to contraception, no right to marry who you love.”

“For a long time, we’ve reassured ourselves that American democracy is guaranteed. But it is not,” Biden says. “We have to defend it. Protect it. Stand up for it. Each and every one of us.”

Biden, who largely avoided even referring to “the former guy” by name during his first year in office, has grown increasingly vocal in calling out Trump personally. Now, emboldened by his party’s recent legislative wins and wary of Trump’s return to the headlines, Biden is sharpening his attacks.

At a Democratic fundraiser last week, Biden likened the “MAGA philosophy” to “semi-fascism.”

Biden allies stress that he is not rejecting the entirety of the GOP and is calling on traditional Republicans to join him in condemning Trump and his followers. It’s a balancing act, given that more than 74 million people voted for Trump in 2020.

Earlier this week, Trump was posting on his social media platform about overturning the 2020 election results and holding a new presidential election, which would violate the Constitution.