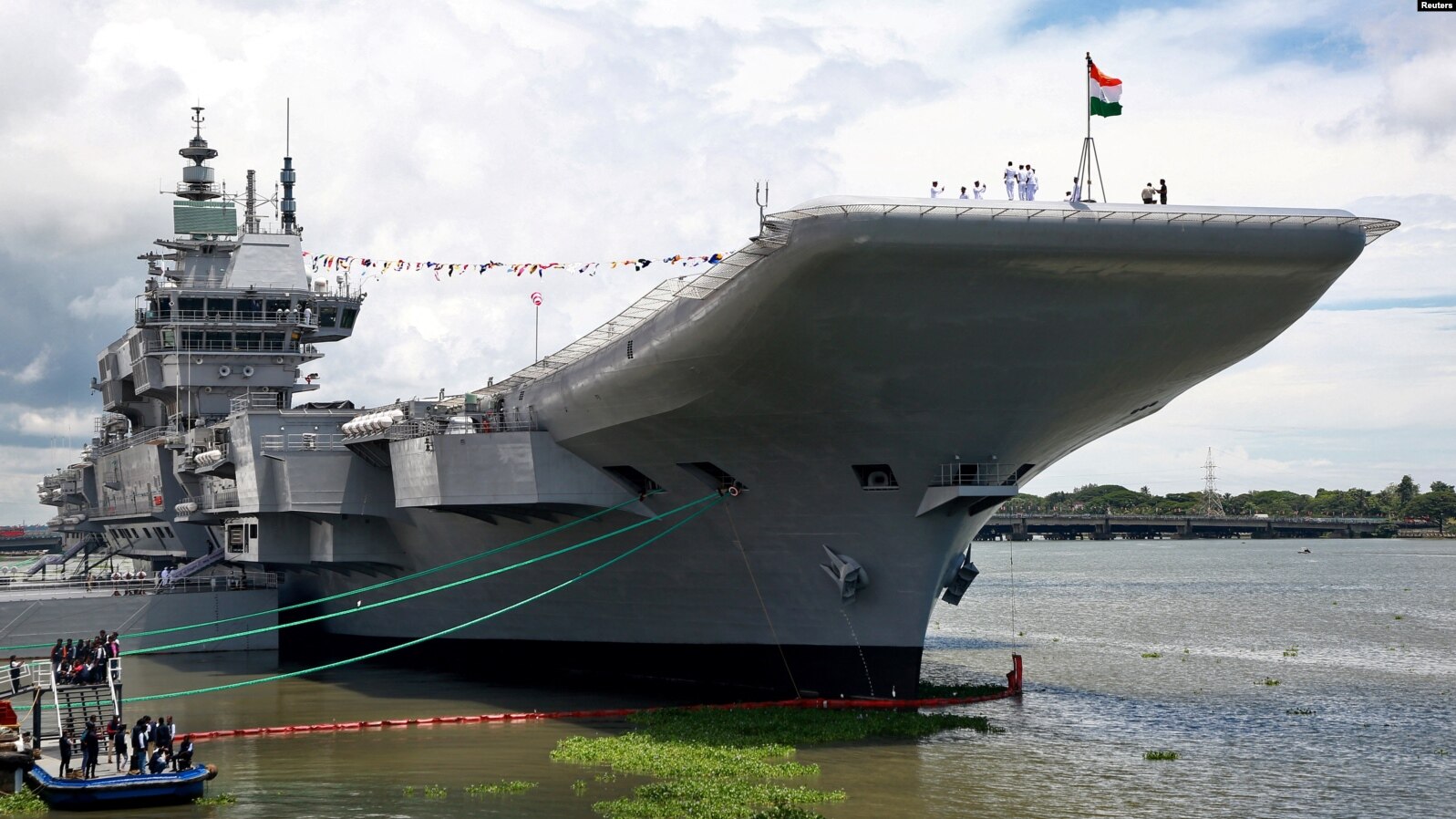 India has launched its first domestically produced aircraft carrier as it seeks to counter China’s growing naval power, Friday. The Indian Navy Ship (INS) Vikrant, whose name is the Sanskrit word for “powerful” or “courageous,” is India’s second-largest operational aircraft carrier and joins the Soviet-era INS Vikramaditya that was bought from Russia in 2004 to defend the Indian Ocean and Bay of Bengal.

The country, heavily dependent on foreign military equipment, wants to expand its defence manufacturing capabilities.  In recent years, military strategists have pointed to the increased capacity and capability of China’s rapidily modernizing navy. China has a huge naval fleet that includes three aircraft carriers — the third was launched recently. It also has some 355 ships, according to the U.S. Defense Department.

Prime Minister Narendra Modi launched the 262-meter-long, 60-meter-wide carrier, at a ceremony in the southern state of Kerala Friday. Its launching is part of events commemorating India’s 75th year of independence. He also unveiled a new naval flag on Friday that replaced a colonial era ensign of Saint George’s Cross with the royal seal of a Hindu warrior king, Chhatrapati Shivaji.

Underlining India’s entry into a select group of countries capable of building such a vessel, Modi said that the Vikrant has filled the country with a new confidence.

“It’s a historic day and landmark achievement,” he said. “It is an example of the government’s thrust to make India’s defense sector self-reliant.”

Modi’s government has put emphasis on building a domestic defense hardware industry to reduce the country’s huge dependence on foreign weaponry – India is among the world’s largest arms importers. More than two dozen naval ships and submarines are being built in the country’s shipyards.

The navy said that the new warship, built at a cost of $2.5 billion, can carry a crew of around 1,600 and operate a fleet of 30 aircraft, including fighter jets and helicopters. More than 75% of its components are domestically produced. The Vikrant will initially rely on Russian-designed MIG-29K fighter aircraft that already operate from the INS Vikramaditya.

The 47,400-tonne warship will be fully operational by the end of 2023 after first undergoing landing trials with the MiG-29K aircraft. India has focused its military on Himalayan border disputes with Pakistan and China. However, boosting its naval capabilities has also become a priority as concerns intensify about Beijing’s growing presence in the Indian Ocean, where it has built ports in Pakistan and Sri Lanka as part of its Belt and Road Initiative, giving it a strategic advantage close to Indian shores.