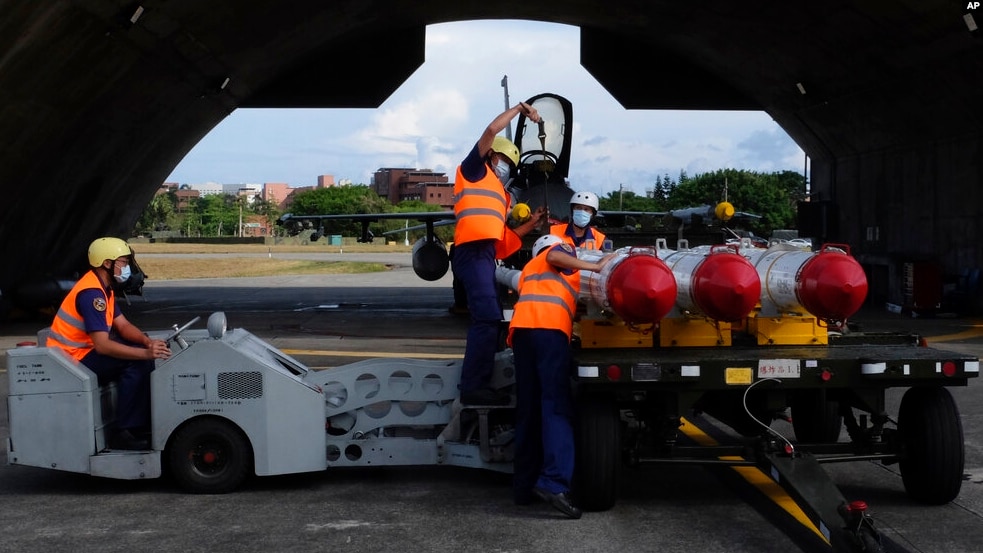 Taiwan to get $1.1 billion in military aid

The U.S. State Department has approved a potential $1.1 billion sale of military equipment to Taiwan, including 60 anti-ship missiles and 100 air-to-air missiles, with China threatening to take counter measures.

The Pentagon announced the package on Friday in the wake of China’s aggressive military drills around Taiwan following a visit to the island last month by U.S. House of Representatives Speaker Nancy Pelosi, the highest-ranking U.S. official to travel to Taipei in years.

The sale includes Sidewinder missiles, which can be used for air-to-air and surface-attack missions, at a cost of some $85.6 million, Harpoon anti-ship missiles at an estimated $355 million cost and support for Taiwan’s surveillance radar program for an estimated $665.4 million, the Pentagon’s Defense Security Cooperation Agency (DSCA) said.

“As the PRC continues to increase pressure on Taiwan – including through heightened military air and maritime presence around Taiwan – and engages in attempts to change the status quo in the Taiwan Strait, we’re providing Taiwan with what it needs to maintain its self-defense capabilities,” Laura Rosenberger, White House senior director for China and Taiwan, said in a statement.

Liu Pengyu, spokesperson for the Chinese embassy in Washington, said in a statement the possible arms sale “severely jeopardizes China-U.S. relations and peace and stability across the Taiwan Strait.”

“China will resolutely take legitimate and necessary counter-measures in light of the development of the situation,” he said.

“At the same time, it also demonstrates that it will help our country strengthen its overall defense capabilities and jointly maintain the security and peace of the Taiwan Strait and the Indo-Pacific region,” the ministry said in a statement.