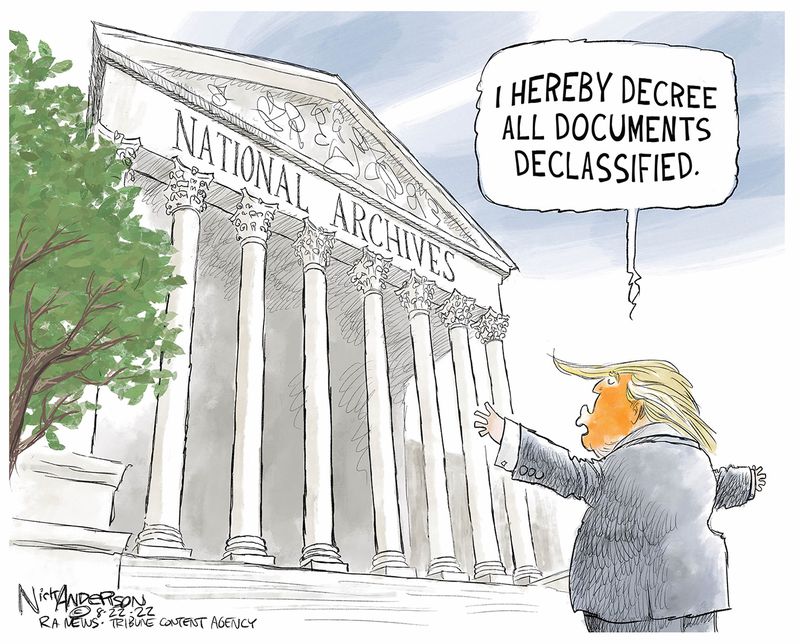 A U.S. federal judge on Monday approved former President Donald Trump’s request to have an independent special master appointed to review thousands of pages of national security documents and other materials seized from his Mar-a-Lago estate in Florida to determine whether some of them should be returned to him.

U.S. District Judge Aileen Cannon in Florida authorized the appointment of the special master over the objections of the Justice Department, which told her last week it had already completed a review of the highly classified documents and other papers it took from Trump’s wintertime oceanside retreat in a court-authorized search August 8.

The Justice Department said that out of the 11,000 pages it had seized, it found about 500 pages of potentially privileged materials that possibly should be returned to Trump, which the Florida judge said in her ruling included medical documents, accounting information and tax-related correspondence.

In a court filing last week, the Justice Department said it only sought and won approval for the search of a basement storage room, Trump’s office and other rooms at Mar-a-Lago after it came to suspect that documents were “likely concealed and removed” from the storage area and “efforts were likely taken to obstruct the government’s investigation.”

Trump had earlier turned over hundreds of documents in January and June. But Attorney General Merrick Garland authorised the search last month and federal Magistrate Judge Bruce Reinhart approved it after prosecutors said they had learned from inside sources that there still were more documents at Mar-a-Lago, even though a Trump lawyer, Christina Bobb, had signed a statement in June saying that a “diligent search” showed there was nothing more to be found.

Trump has disparaged the court-authorized search for the documents. He wrote on social media, “Terrible the way the FBI, during the Raid of Mar-a-Lago threw documents haphazardly all over the floor (perhaps pretending it was me that did it!), and then started taking pictures of them for the public to see.”

Trump again claimed he had declassified the documents, although he has not produced any evidence that he did so before leaving office January 20, 2021, when his authority to do that expired.

Cannon, a Trump appointee ordered lawyers for the Justice Department and Trump to give her a list by Friday of names of potential candidates who could perform the independent review of the documents seized from Mar-a-Lago. She also said they should negotiate “the duties and limitations” for the eventual appointee and propose a timetable for completion of the review.