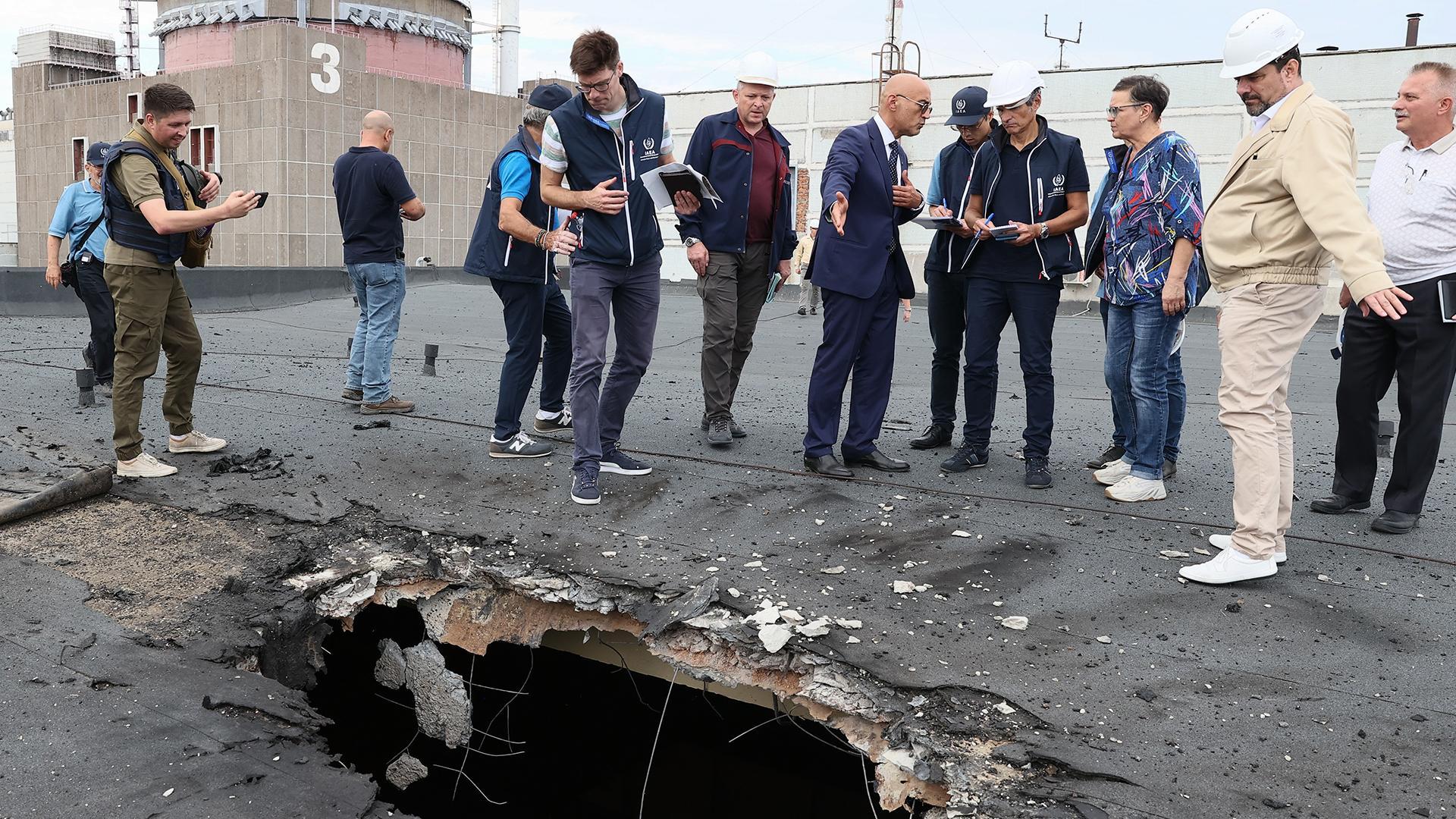 The International Atomic Energy Agency (IAEA) has published the results of its inspection visit to the nuclear power facilities in Ukraine, including the Zaporozhye nuclear power plant (ZNPP), Tuesday. The agency said it was crucial to set up a safety and security zone around the ZNPP to prevent emergencies, caused by military activities.

Also on Tuesday, At the United Nations (UN) Antonio Guterres the UN boss urged Russia and Ukraine to agree a demilitarised perimeter. He urged both parties to the conflict to cease hostilities and calling for a neutral zone that will be free of Ukrainian and Russian forces. “Specifically, that would include a commitment by Russian forces to withdraw all military personnel and equipment from that perimeter and a commitment by Ukrainian forces not to move into it.”

Russia’s U.N. Ambassador Vassily Nebenzia told reporters ahead of the council meeting, “if we demilitarize then the Ukrainians will immediately step in and ruin the whole thing.”

The IAEA had earlier called for a security zone around the ZNPP.

The IAEA inspectors registered damages at the ZNPP and called for measures to prevent a nuclear disaster at the facility. The international agency also reported a “number of events” that occurred at the ZNPP in violation of nuclear safety principles.

“Since April, a considerable number of events at the ZNPP have significantly compromised the Seven Pillars,” the statement reads adding that a team of IAEA experts “closely witnessed shelling in the vicinity of the ZNPP…, the team observed damage at different locations caused by reported events with some of the damage being close to the reactor buildings.”

The agency also recommended it was necessary to re-establish reserve power supply to the Zaporozhye NPP, required for the operation of its cooling systems as well as at the other stations.

“The IAEA recommends that the off-site power supply line redundancy as designed should be re-established and available at any time, and that all military activities that may affect the power supply systems end.”

On workers at the ZNPP, the agency stated. “The IAEA recommends that an appropriate work environment, including family support, for operating staff should be re-established. Furthermore, as the operator has the prime responsibility for nuclear safety and security, it should be able to fulfil its mission with clear lines of responsibilities and authorities.”