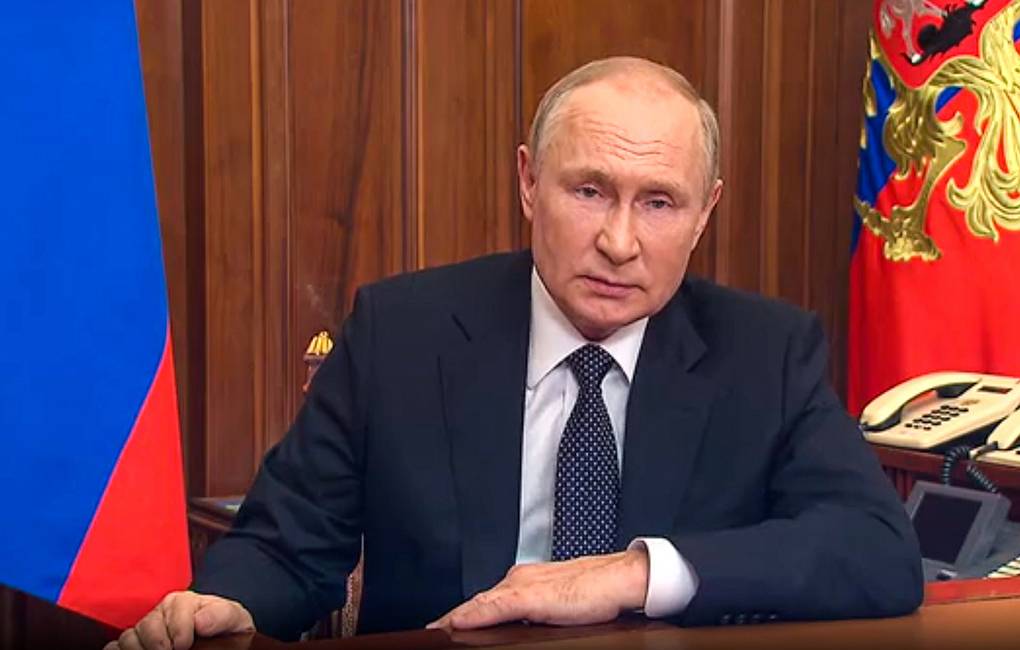 Russian President Vladimir Putin in a televised nationwide address to the Russian people across 11 time zones Wednesday, declared partial mobilisation of Russian reserve forces for the confrontation with the West in the Donbass.

During the address he carefully explained why the special military operation began.

“After the current Kiev regime publicly rejected the peaceful solution to the Donbass problem and, what’s more, announced its claims on nuclear weapons, it became absolutely clear that a new large-scale offensive on Donbass, as was the case twice in the past, was inevitable. After that, an attack on the Russian Crimea, on Russia would have followed.”

“The peaceful resolution of the conflict in Ukraine that continued from 2014 did not suit the West and that is why the compromises reached at the Istanbul talks were rejected and the accords were disrupted actually under a direct instruction from Western countries.”

The Russian President pointed out that the West was basically fighting Russia in the Donbass region in the Lugansk and Donetsk republics of formerly eastern Ukraine. The combat engagement line now stretches over 1,000 km in the special military operation in Ukraine while terrorist strikes from Western weapons are already being delivered against Russian borderline areas.

“NATO is conducting reconnaissance actually across the entire south of Russia in real time, using advanced systems, aircraft and ships, satellites and strategic drones.” Putin explaining his decision to mobilise the reserves. “The stretched-out frontline, the constant shelling of Russian borderline areas by the Ukrainian military and attacks on liberated regions required the call-up of servicemen from the reserve.” he added.

“We will support the decision on their future that a majority of the residents of the Donetsk and Lugansk People’s Republics, the Zaporozhye and Kherson Regions will make.” He stated promising to fully support the referendum to held September 23-27.

He condemn those in the west who planned to dismember Russia.

“There have been statements in Western countries about the need of the disintegration of the Russian Federation, as was the case with the USSR in 1991, into an array of fatally warring regions and areas.” Russia has always stopped those who sought world supremacy and will do this again now.

“Russia will also take urgent steps to preserve its independence. Those who are attempting to blackmail us with nuclear weapons must be aware that the prevailing winds may also turn towards their side.”

“Russian citizens must be confident: the territorial integrity of our Motherland, our independence and freedom will be ensured. Let me stress it again: this will be ensured by all of our available means”. Putin concluded.