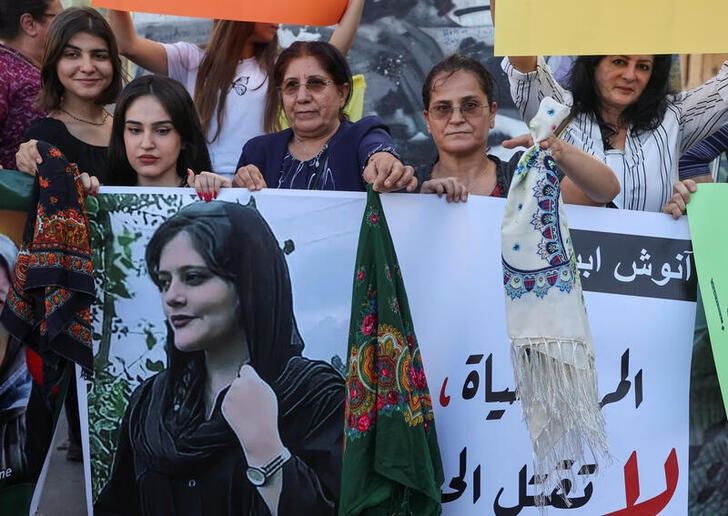 Iranian President Ebrahim Raisi said on Thursday that “acts of chaos” are not acceptable, in a warning to protesters who have taken to the streets across the country to vent their fury over the death of a woman in the custody of the morality police.

Speaking at a news conference on the sidelines of the 77th United Nations General Assembly, Raisi added that he had ordered an investigation into the case of Mahsa Amini, 22, who died last week after being arrested for wearing “unsuitable attire”.

“There is freedom of expression in Iran … but acts of chaos are unacceptable,” said Raisi, who is facing the biggest protests in the Islamic Republic since 2019.

Women have played a prominent role in the demonstrations, waving and burning their veils, with some cutting their hair in public in a direct challenge to clerical leaders.

Iran’s powerful Revolutionary Guards called on the judiciary to prosecute “those who spread false news and rumours”, in an apparent bid to take the steam out of nationwide demonstrations.

Protesters in Tehran and other cities torched police stations and vehicles as public outrage over the death showed no signs of abating, with reports of security forces coming under attack.

In a statement, the Guards expressed sympathy with the family and relatives of Amini.

“We have requested the judiciary to identify those who spread false news and rumours on social media as well as on the street and who endanger the psychological safety of society and to deal with them decisively,” said the Guards, who have cracked down on protests in the past.

The United States on Thursday imposed sanctions on Iran’s morality police the Basij and the Iranian Army Ground Forces, accusing them of abuse and violence against Iranian women and of violating the rights of peaceful Iranian protesters, the U.S. Treasury said.