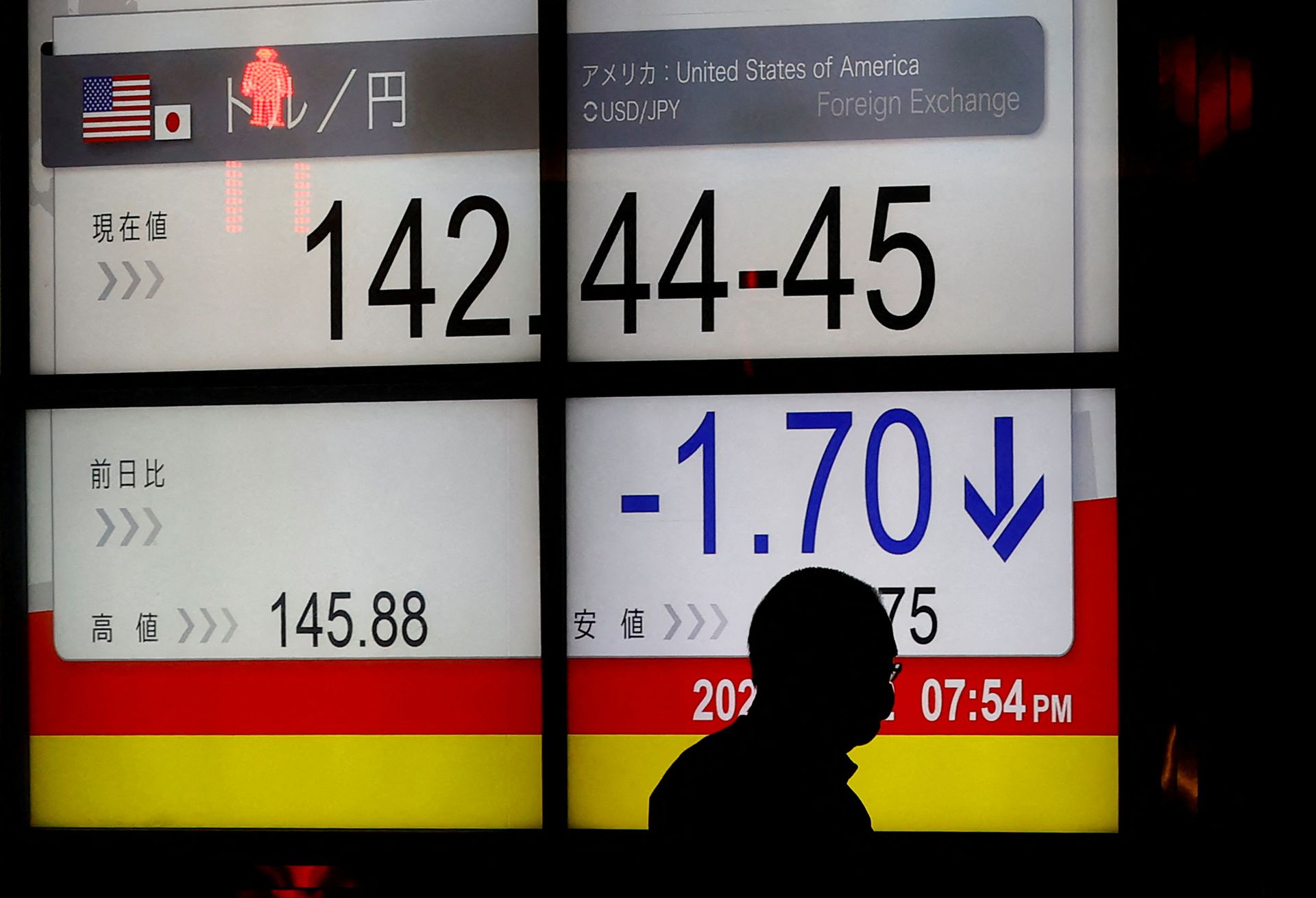 Stock markets in Europe and the United States dropped on Friday sending the US dollar on a 22 year high and bonds sold off as fears mount that rising interest rates might drag G7 economies into recession.

The Dow went into a bear market as business activity across the euro zone, and the US plummeted  for a third straight month in September, leaving Wall Street floundering in a sea of red.

British assets weakened further after the UK government announced huge debt-financed tax cuts that will boost borrowing, sending UK bond yields vaulting higher in their biggest daily increases in decades. The euro plummeted to a 20-year low and sterling to a 37-year low, while the dollar soared after the Federal Reserve this week signaled rates would be higher for longer.

Britain, Sweden, Switzerland, Norway and other countries also hiked rates this week. But the Fed’s signal that it expects high U.S. rates to persist through 2023 sparked the rout in equity and bond markets.

The euro fell for a fourth straight day, sliding 1.51% to $0.9687 after data showed the downturn in the German economy worsened in September. The dollar index rose 1.609%.

The Japanese yen weakened 0.64% to 143.28 per dollar, but was still set for its first weekly gain in more than a month. On Thursday, Japanese authorities intervened to support the currency for the first time since 1998.

Oil prices plunged about 5% to an eight-month low. The super-strong dollar made crude more expensive in other currencies and fears of recession hit the demand outlook.