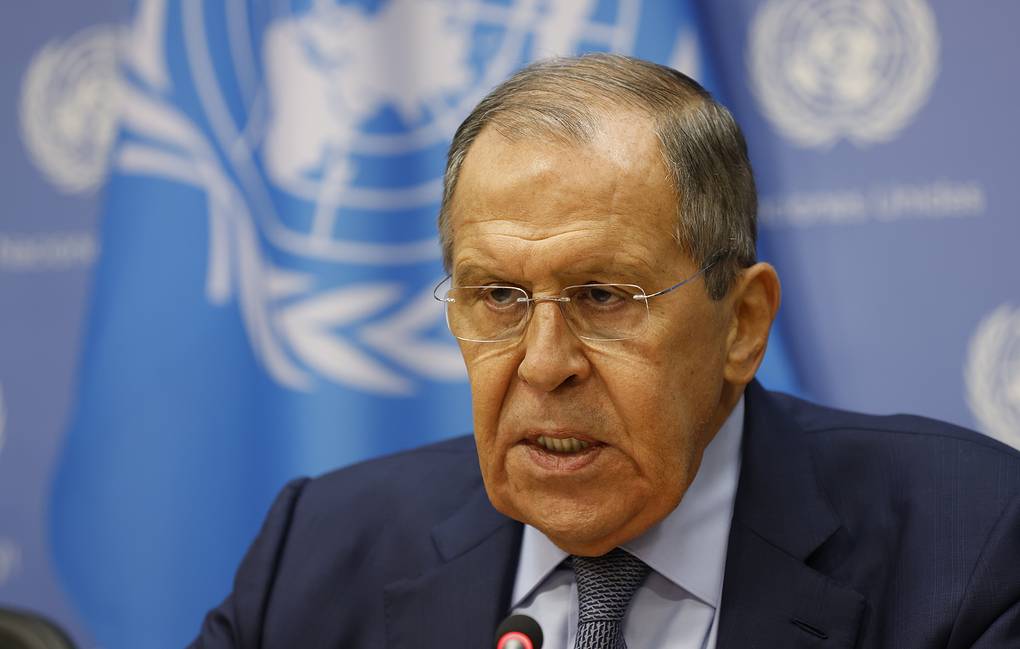 Russian Foreign Minister Sergey Lavrov at a press conference on Saturday after taking part in the 77th session of the United Nations (UN) General Assembly, said Russia will protect its territory with all means at its disposal.

“The entire territory of the Russian Federation, which is confirmed and can be further confirmed in the Russian Constitution, is certainly under the state’s full protection,” Lavrov said.

Russia will unequivocally respect the results of the referendums that are being held in the Donetsk and Lugansk People’s Republics (DPR and LPR) as well as in the liberated areas of the Kherson and Zaporozhye Regions, Russian Foreign Minister. “As [Russian] President [Vladimir] Putin said, we will certainly respect the results of these democratic processes,” the Russian minister said.

“All laws, doctrines, concepts, strategies of the Russian Federation apply to its entire territory,” he stressed.

Russian Foreign Minister reminded, that all situations when Russia can use nuclear weapons are clearly specified in the country’s military doctrine.

“As for the Russian Federation, the president and other Kremlin representatives have stated this on numerous occasions, we have our nuclear security doctrine, it is a document available to the public, everything is written down in it. I invite you to look once again at absolutely clearly specified cases when our use of nuclear weapons is allowed,” Lavrov stated.

On Wednesday, Ukrainian President Volodymyr Zelensky called for the United States to launch a pre-emptive nuclear strike on Moscow. He told the Guardian. “The other nuclear states need to say very firmly that as soon as Russia even thinks of carrying out nuclear strikes on foreign territory, in this case the territory of Ukraine, there will be swift retaliatory nuclear strikes to destroy the nuclear launch sites in Russia.”

“When people say it is not a bluff, you have to take them seriously,” Borrell said commenting on Russian President Vladimir Putin’s statement made on Wednesday. “Certainly it’s a dangerous moment.”

“Taking into account the preliminary results of the referendums and Russia’s readiness to acknowledge them, the accession of the territories [the DPR, the LPR, the Kherson and the Zaporozhye Regions to Russia] is likely to take place as early as on September 30,” a State Duma member said.