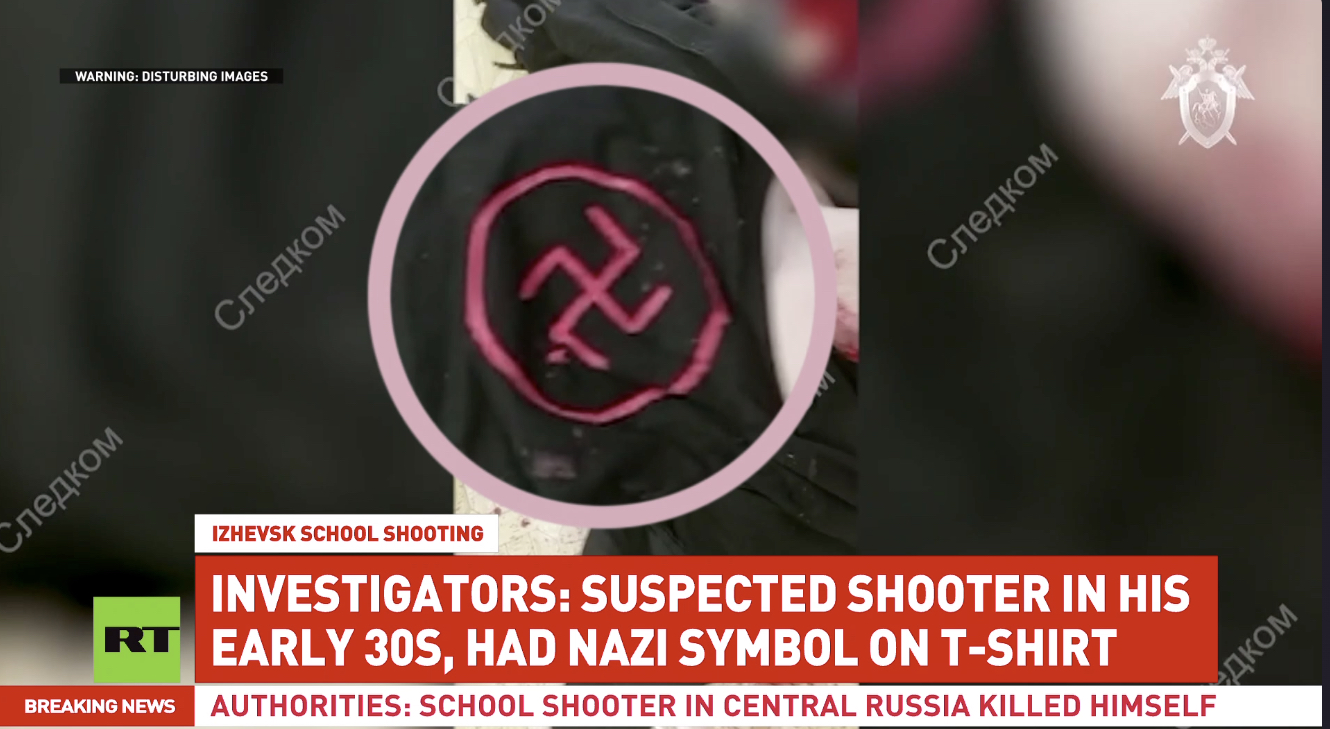 A suspected neo-Nazi terrorist opened fire on School 88 in Izhevsk, central Russia Monday morning as children were in class committing suicide after the attack. Investigators said the man was wearing a black T-shirt with Nazi symbols and a balaclava helmet. No documents were found on the criminal, who is yet to be identified by the authorities.

“The shooting left 21 people, including 14 kids, wounded,” investigators on the scene said.

“According to preliminary reports, the crime claimed the lives of 13 people, including six adults and seven young children. Fourteen people and seven kids were wounded,” the investigators added.

“At the moment, police officers have found the body of the man who started shooting. According to available information, he committed suicide,” a government spokesperson said.

The Kremlin through its spokesman said President Vladimir Putin is saddened by the atrocity. “The president expressed his deepest condolences to all those who lost their loved ones, their children in this tragic incident, and wished the soonest recovery to those wounded in the inhumane terrorist attack,” the Kremlin spokesman Dmitry Peskov said at press briefing.

“All the necessary instructions have been given, and Emergencies Ministry planes with teams of doctors, psychologists, neurosurgeons and other experts on board have already been dispatched to Izhevsk. All the necessary social issues will be solved,” the presidential spokesman concluded.