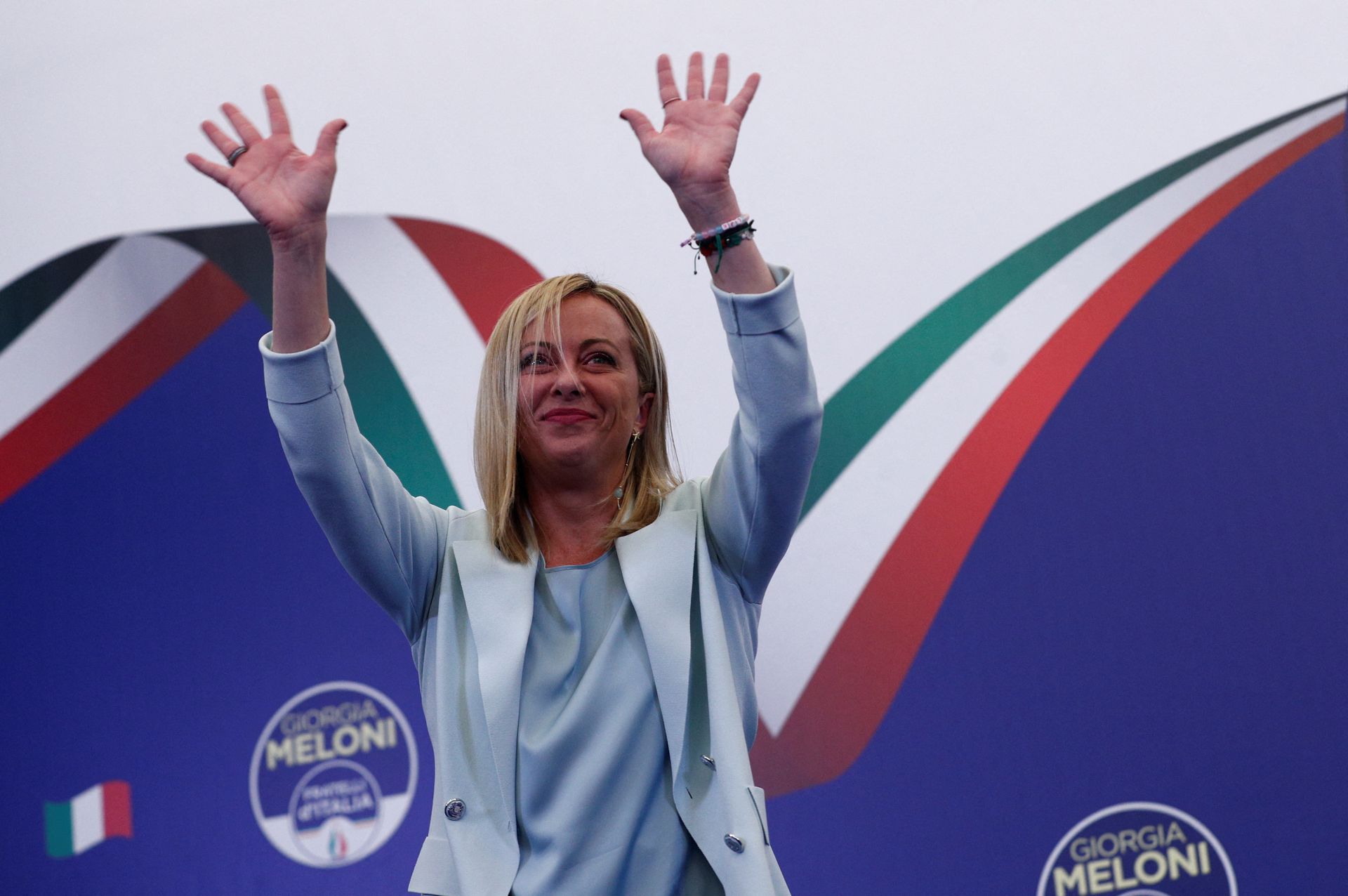 Giorgia Meloni is set to become Italy’s first woman prime minister as the head of its most right-wing government since World War Two after leading a conservative alliance to triumph at Sunday’s election.

The center-right alliance consisting of the Brothers of Italy, League and Forza Italia parties gained 44.53% of the vote in the Senate election in Italy with more than 90% of the ballots counted, according to data on the Interior Ministry’s website.

As for the lower house elections, the center-right coalition picked up 44.34% of the ballots casted. With a clear majority in both chambers, the election gives Italy a rare chance of political stability after years of upheaval and fragile coalitions.

Meloni and her allies face a daunting list of challenges, including soaring energy prices, war in Ukraine and renewed slowdown in the euro zone’s third largest economy.

“We must remember that we are not at the end point, we are at the starting point. It is from tomorrow that we must prove our worth,” the 45-year-old Meloni told cheering supporters of her nationalist Brothers of Italy party early Monday morning. In her victory speech, Meloni struck a conciliatory tone.

“If we are called on to govern this nation we will do it for all the Italians, with the aim of uniting the people and focusing on what unites us rather than what divides us,” she said. “This is a time for being responsible.”

There will be tension among the alliance as Meloni has spoken out in favour of the western bloc aggressive line against Russia pledging to maintain Western sanctions and keep sending weapons to Kiev. While her coalition partners, Salvini, for example, questions the West’s sanctions against Russia and both he and Berlusconi have often expressed their admiration of its leader Vladimir Putin.

Berlusconi sparked outrage on Friday when he said Putin had invaded Ukraine to install a government of “decent people.”

They also have differing views on how to deal with surging energy bills and have laid out a raft of promises, including tax cuts and pension reform, that Italy will struggle to afford.

One thought on “The Right Stuff”