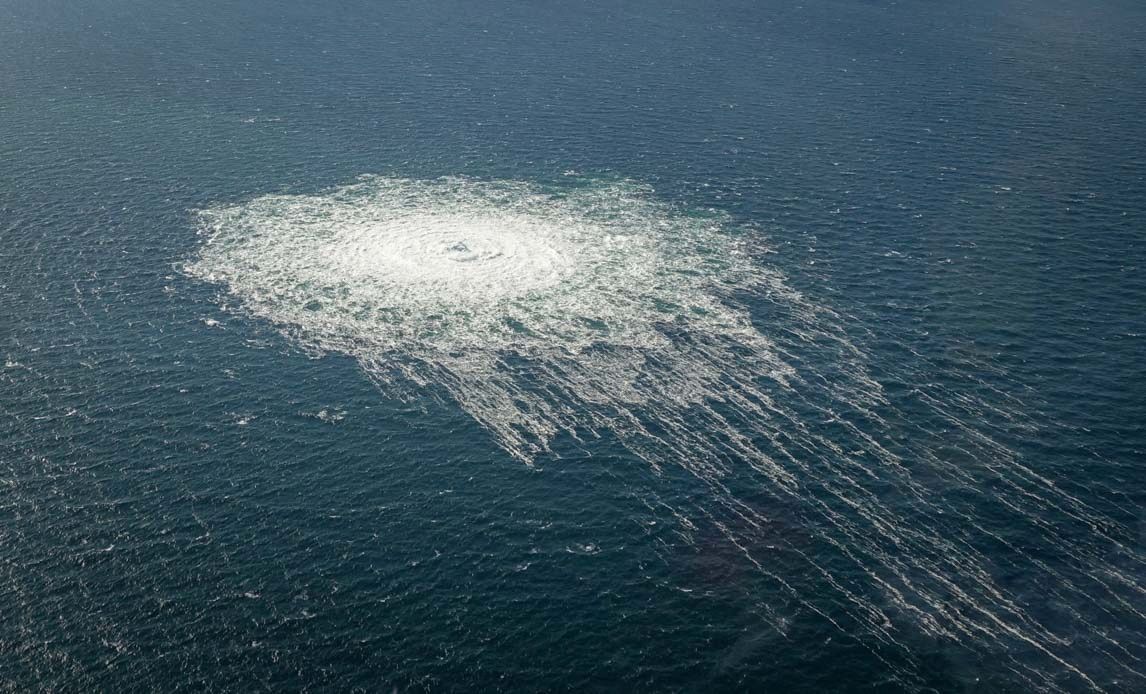 Radio Sweden also reported that the magnitude of one of the explosions was 2.3 on the Richter scale, it was felt in 30 locations in southern Sweden, judging by the shape of the waves, the explosions occurred under water or close to the seabed.

Russia, which slashed gas deliveries to Europe after the West imposed sanctions over Moscow’s special military operation said sabotage was a possibility and that the leaks undermined the continent’s energy security.

German Economy Minister Robert Habeck told business leaders the leaks were due to targeted attacks on the infrastructure and Berlin now knew for sure “that they were not caused by natural occurrences or events or material fatigue.”

A senior Ukrainian official called the incident a Russian attack to destabilise Europe, without giving proof.

“We see clearly that it’s an act of sabotage, related to the next step of escalation of the situation in Ukraine,” Polish Prime Minister Mateusz Morawiecki said at the opening of a new pipeline between Norway and Poland.

Sweden’s Prime Minister Magdalena Andersson told a news conference that two blasts had been detected in relation to the leaks and though this did not represent an attack on Sweden, her government was in close contact with partners such as NATO and neighbours such as Denmark and Germany concerning the developments.

Seismologists in Denmark and Sweden said they had registered two powerful blasts on Monday in the vicinity of the leaks.

“The signals do not resemble signals from earthquakes. They do resemble the signals typically recorded from blasts,” the Geological Survey of Denmark and Greenland (GEUS) said.

Russia and its European partners spent billions building the pipelines to supply cheap Russian gas to western Europe and became subject to controversy following the conflict in Ukraine. Germany suspended calibration of Nord Stream on February 22 and a day later the US imposed sanctions on Nord Stream 2 AG operator of the pipelines.

Nord Stream AG at press time could not ascertain when repairs will be carried out due to western sanctions.

OPEC+ denies reports of oil production increase dealing a blow to the Biden administration The Kuwaiti oil minister on Tuesday...

New trade route between Europe and Asia to be fully operational by 2030 replacing the Suez Canal The North-South corridor...