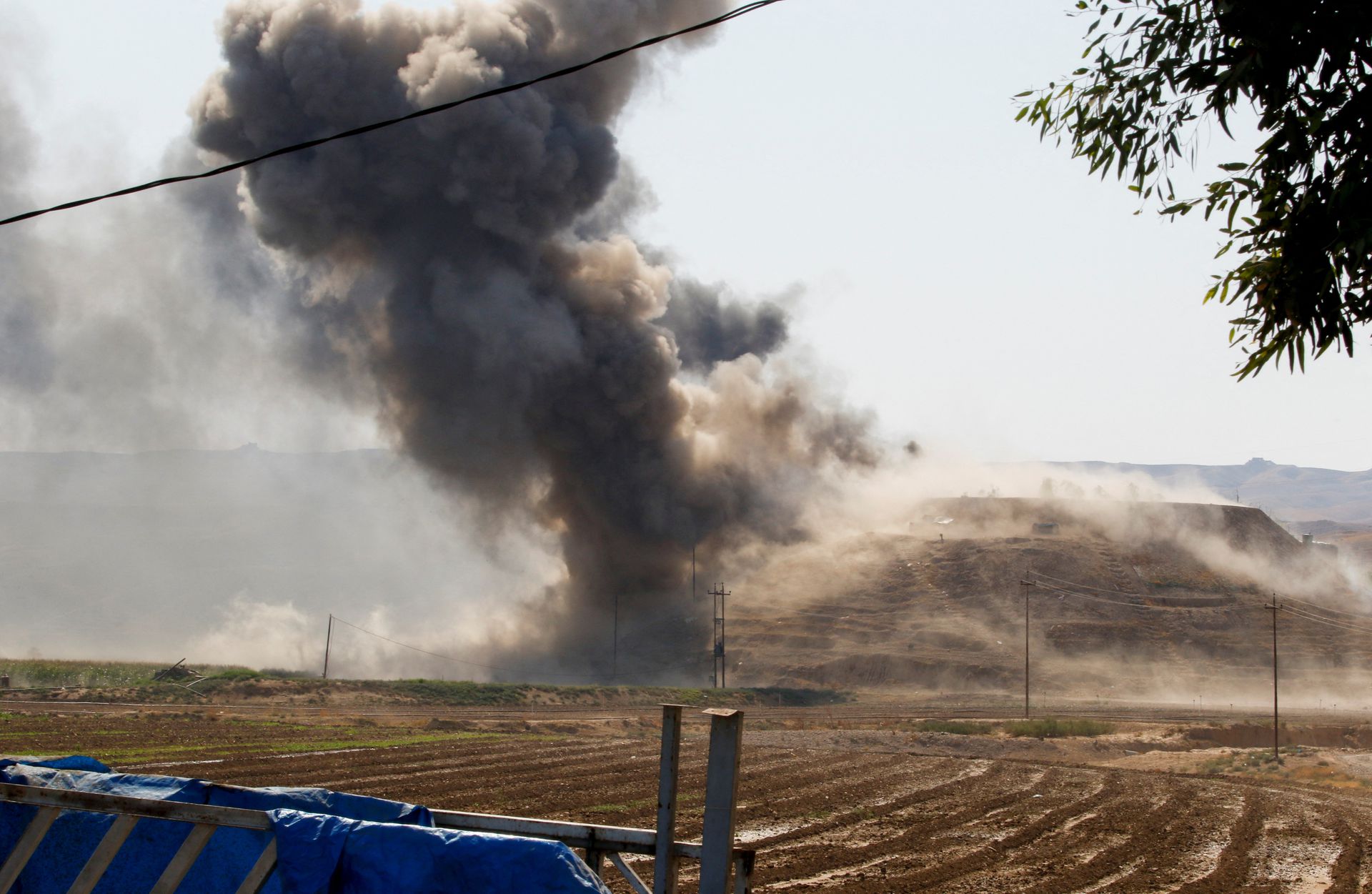 The Iranian Islamic Revolution Guards Corps (IRGC) on Wednesday launched a series of ballistic missiles and killer drones at Kurdish terrorist enclaves in northern Iraq. The IRGC said in a press statement confirming the strikes as a follow up on an earlier strike which began on Saturday as Kurdish authorities told western media that 18 people were killed in the bombardment.

The strikes were reported after Iranian authorities accused armed Iranian Kurdish dissidents of involvement in unrest now shaking Iran, especially in the northwest where most of the country’s population of over 10 million Kurds live.

Brigadier Abbas Nilforoushan, the operations deputy commander of the IRGC, told Tasnim news agency that Iran, under no circumstances will allow the formation of threat centers around its territory. “We have announced to everyone that we extend the hand of friendship and brotherhood to all our neighbors with whom we have a peaceful coexistence. We have also repeatedly said not just Iran, no country will accept the formation of threat centers against itself near its borders.”

Iranian news agencies report that a total of 72 missiles were fired.

Thirteen people were killed and 58 wounded in the attacks near Erbil and Sulaimaniya in Iraqi Kurdistan, Iraq’s state news agency said citing its counter-terrorism service in Kurdistan.

The U.S. Army Central Command said it downed an Iranian drone on Wednesday while it was on its way to Erbil, adding that the drone posed a threat to U.S. personnel in the region.

“After the necessary warnings to the authorities of the northern region of Iraq through the relevant officials to dismantle the activities of anti-Iranian terrorist groups related to global arrogance in their territory and disregarding this legitimate and legal demand of the Islamic Republic that continues with the presence of terrorist groups and attacks on the border areas of the Islamic Republic, as well as some bases and border checkpoints of our country as well as supporting the recent riots, soldiers of the Hamzeh Seyed al-Shohada unit of the Islamic Revolution Guards Corps launched artillery attacks against the headquarters and deployment centers based in parts of the region.” The IRGC Ground Forces said in the statement.

“No U.S. forces were wounded or killed as a result of the strikes and there is no damage to U.S. equipment,” US Central Command confirmed in a statement. The IRGC said precision weapons were used in the bombardment.

“This operation will continue with our full determination until the threat is effectively repelled, terrorist group bases are dismantled, and the authorities of the Kurdish region assume their obligations and responsibilities,” the IRGC stated.

Iraq’s foreign ministry spokesman said in a statement on Wednesday that the ministry would summon the Iranian ambassador to inform him of Iraq’s objection to the attacks on Iraqi territories and that Iraq considers this action as a violation of sovereignty.