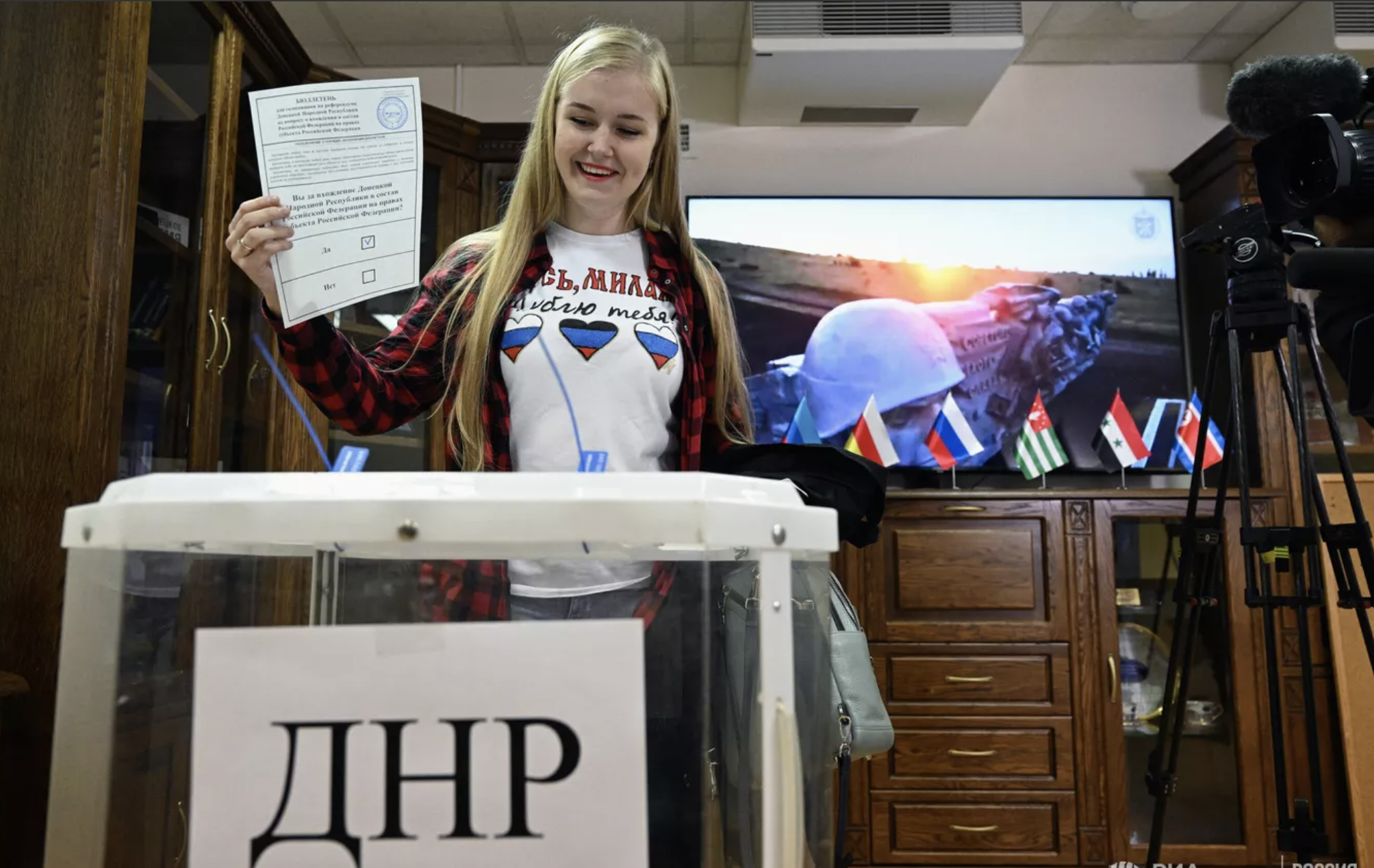 Opposition groups in the Duma accept vote to join Russia

Opposition parties in the Russian Legislature the State Duma on Thursday accepted the results of the Donbass, Zaporozhye and Kherson regions referendum held in the former east Ukraine. The ruling party United Russia faction in the legislative chamber quickly voiced its support for the yes to Russia vote.

“We have a well-deserved state of elevated mood today, because everyone in this room made their own contribution to his process, and it happened. Huge thanks to those who believed, resisted, fought, risked and overcame huge hardships for all eight years. Today it is a potential that is difficult to imagine,” United Russia faction leader Vladimir Vasilyev said.

The opposition Communist party faction leader Gennady Zyuganov said he would like to praise the efforts of those serving in the special military operation and the civilian groups that organised the referendum.

“Today, it is of principal importance not only to make legal decisions, but also to protect the choice that was made. And our Ministry of Defense, our Commander-in-Chief and everyone responsible for security must understand that, starting tomorrow, any shelling of Russian territories gains qualitatively different meaning,” he added.

“The brave people who have been giving their lives for 8 years to be able to speak Russia, raise their children in Russian and remain a part of the greater Russian world, have returned to Russia.” Liberal Democratic Party faction leader Leonid Slutsky said.

The ‘A Just Russia – For Truth’ faction leader Sergey Mironov said that Donbass “made it very clear that there are boundaries that Nazism will never be able to pass through.” He stated that “a new Russian elite is being forged in Novorossiya, including a new Army elite.

“We believe in our fighters, believe in their bravery and heroism. Of course, we support them, these people risk their lives,” he underscored.

“The referendums are over, preliminary figures have been published, and we see that the people made their choice – to be together with Russia. And, of course, we – Russia – are also with them. And we are ready to make our choice by supporting these people,” said head of the “New people” faction Alexey Nechayev.

President Vladimir Putin after getting the green light from the State Duma has signed decrees recognising the Kherson and Zaporozhye regions as independent territories, according to the Kremlin. “In accordance with the generally accepted principles and norms of international law, recognizing and reaffirming the principle of equal rights and self-determination of peoples, enshrined in the Charter of the United Nations, taking into account the will of the people of the Kherson region at the referendum held on September 27, 2022, I decide: Recognize the sovereignty and independence of the Kherson region” , the document says. The second similar decree refers to the recognition of the sovereignty and independence of the Zaporozhye region where the largest nuclear plant in Europe is situated.

On Friday  the Kremlin will host a ceremony of signing agreements on the entry into Russia of four new territories – the Donetsk and Luhansk People’s Republics, as well as the Kherson and Zaporozhye regions. Putin and State Duma members will take part. A stage has already been set up in Moscow’s Red Square, with billboards proclaiming the four regions as part of Russia and a concert planned for the evening.

“Tomorrow at 15:00 (12:00 GMT) in the St George Hall of the Grand Kremlin Palace a signing ceremony will be held on incorporating the new territories into Russia,” said spokesman Dmitry Peskov during a press briefing.

Next post Nord Stream Explosions an Act of Terror