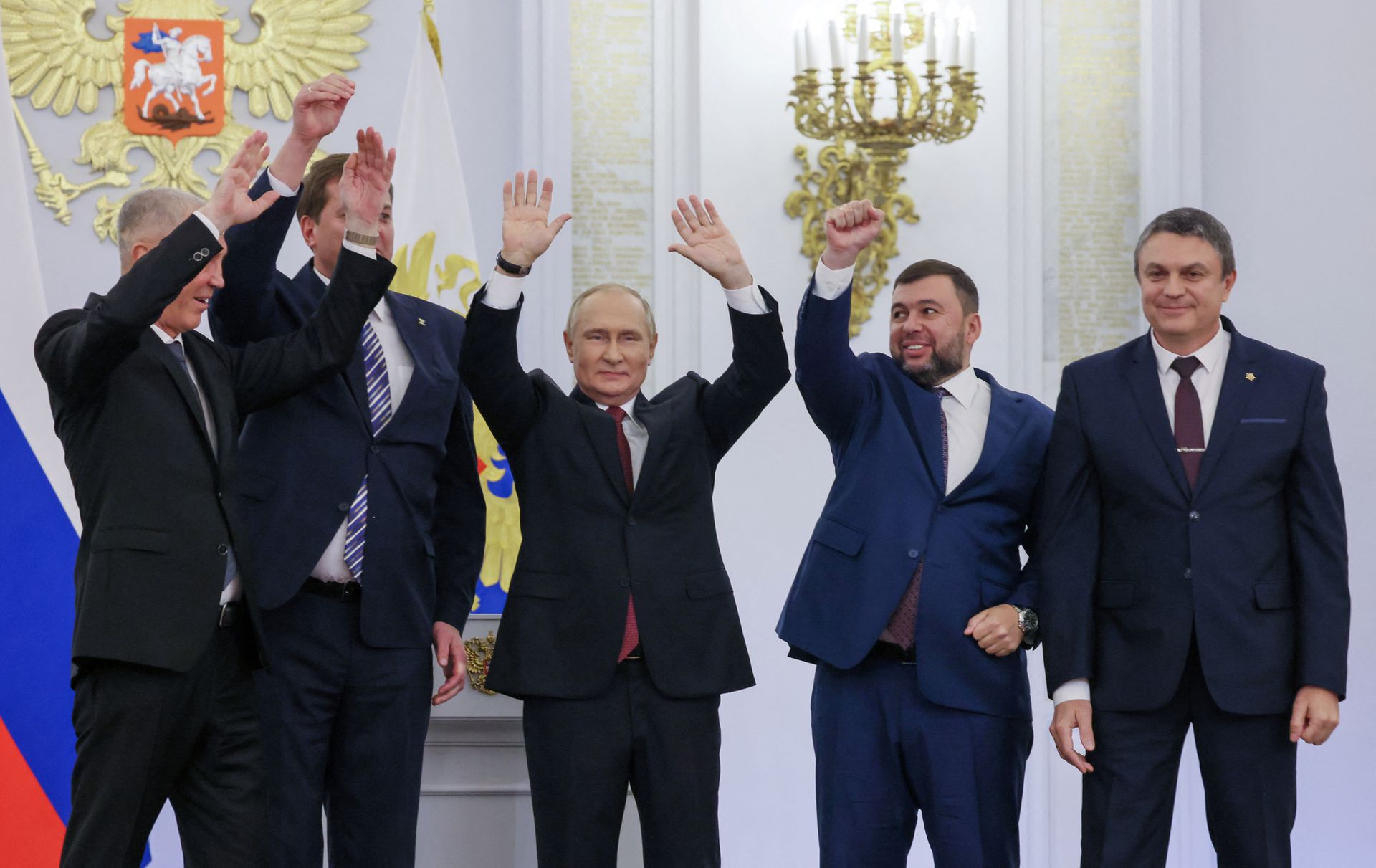 In the Grand Kremlin Palace’s St George Hall Moscow, Friday, President Vladimir Putin welcomed four regions of the former eastern Ukraine which had voted to join Russia in a just concluded referendum an offered an olive branch to the Kiev regime. Calling on Kiev to cease hostilities immediately and return to the negotiating table.

“We call on the Kiev regime to immediately cease fire, all hostilities, to stop the war that Kiev started back in 2014, and to return back to the negotiating table,” Putin said, speaking during the ceremony of signing of treaties on accession of the four new territories.

“Moscow is not going to discuss the status of its new regions at these talks. Present-day Kiev authorities must treat this free expression of the will of the people with respect and in no other way. Only this can be the path to peace. We will not discuss the choice of the people in Donetsk, Lugansk, the Zaporozhye and Kherson Regions, it has been made. Russia will not betray it. The West has no moral right to assess the results of the referendums or even to talk about freedom and democracy. It does not and never has.” The Russian President stating conditions for the olive branch.

And if peace efforts fail Putin vowed to defend the new territories. “We will defend our land with all the forces and means at our disposal and we will do everything to ensure the safe life of our citizens. This is the great liberation mission of our people.” he emphasised.

President Volodymyr Zelensky of Ukraine immediately after the accession ceremony in Moscow ruled out talks with Putin instead opting for a new president of Russia to negotiate with and applying for a fast track application to join the North Atlantic Treaty Organisation (NATO). Zelensky signed the NATO application papers in an online video posted on his telegram channel.

At NATO headquarters in Brussels, the NATO Secretary-General Jens Stoltenberg at a press conference shortly after Zelensky submitted the application said it will take all the 30 NATO members to approve Kiev’s application and NATO though was supporting Kiev was not “party to the conflict.”

As the northern hemisphere heads into the autumn and winter months, the cost of energy is likely to spiral out of control. In his speech at the Kremlin Putin accused the West of sabotaging the Nord Stream gas pipelines.

“Western countries are behind the emergency at the Nord Streams. Sanctions are not enough for the Anglo-Saxons. They have resorted to sabotage, it’s unbelievable, but true, having organized explosions on the international gas pipelines of the Nord Stream, which runs along the bottom of the Baltic Sea. They have actually begun to destroy the pan-European energy infrastructure.” The Russian President stated.