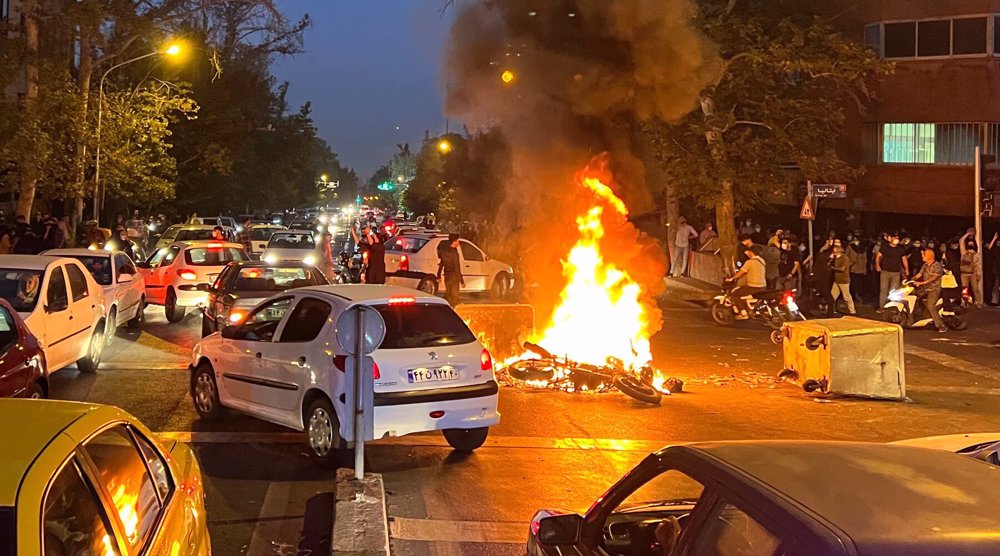 The Iranian Intelligence Ministry in a statement released on Friday said. “Dozens of terrorists affiliated with the Zionist regime and anti-revolution groups have been detained during the recent days of unrest.”

The United States and the United Kingdom were “directly” involved in the recent riots across the country according to the ministry. “In the past days, the forces maintaining the country’s order and security have faced a diversity of cult-like groups, agents of foreign spy agencies as well as direct involvement of the American and British governments and their Saudi followers; and fooled agents of rioters on the streets,” the statement said. The ministry is one of the three “sovereign” ministerial bodies of Iran due to nature of its work at home and abroad.

Iran has been gripped by violent protests for over a week after the death of Mahsa Amini a 22 year old Kurdish woman who is suspected of dying at the hand of the morality police. But CCTV footage released by the authorities suggest otherwise. Footage showed how Amini collapsed in a police station and died in hospital despite intensive medical care and resuscitation efforts.

Violent protests then erupted across the country. Security officers were attacked. Public property as well as police vehicles and ambulances were vandalized.

The Iranian Intelligence Ministry said in the statement that the major elements behind the riots were largely foreign citizens, members of the anti-Iran terrorist Mujahedin-e-Khalq Organization (MKO) in Albania, and individuals working with other anti-revolution terror outfits.

The Iranian Intelligence Ministry underlined that 49 MKO terrorists had been arrested for actively propagating fake news, inciting the rioters to organize acts of terror and destruction, directing slogans and being present on the streets to damage public property.

The ministry said 77 members of anti-Iran terrorist groups had also been arrested in the Iraqi Kurdistan Region.

The statement pointed to the detention of five members of Takfiri terrorist outfits with 36 kilograms of explosives that were to be used to carry out bombings in gatherings.

The ministry further said 92 people affiliated with the former US-backed Pahlavi regime had been identified and arrested in the riots. It added that nine nationals from Germany, Poland, Italy, France, the Netherlands, and Sweden, among others, were arrested during the riots.

The Iranian Intelligence Ministry said a significant number of pistols, various types of machine guns and cartridges as well as shotguns and ammunition were seized.