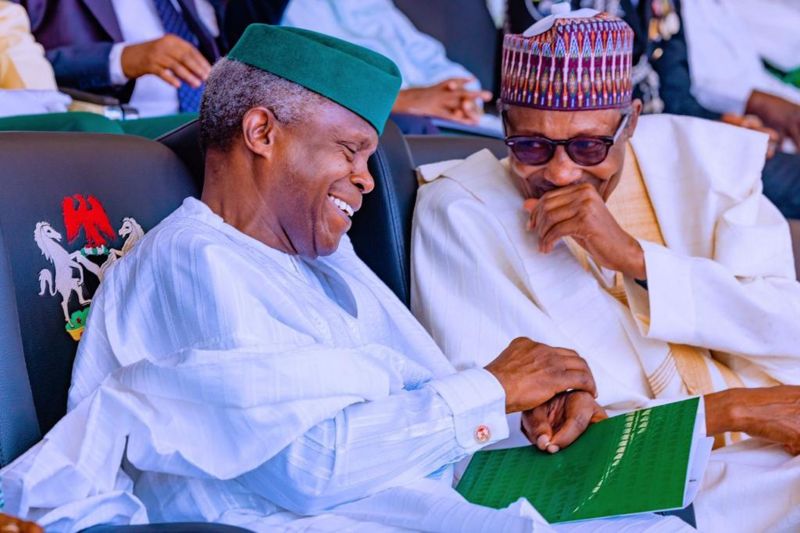 Majority of Nigerians at home and in the diaspora are marking the 62nd independence anniversary from the United Kingdom on October 1 1960 in a vexatious mood. While Nigerian elites pop champagne, watch an incompetent president cut the national cake on TV while talking about the upcoming shopping trip to Dubai and the family member graduating in the United States.

Sixty two year later, after the celebratory speeches by the Governor General Nnamdi Azikiwe about “respect for human dignity” and the Prime Minister Tafawa Balewa stressing. “We were fully capable of managing our own affairs both internally and as a nation”, evolved into lugubrious speeches given to Nigerians as the elite feast on the national cake while majority of Nigerians go with the feeding formula 0-0-1, 1-0-0, 0-1-0 or in a worse case scenario, 0-0-0. To those elites that do not understand the feeding formula it is wether you have one meal a day or three square meals a day.

Where was the human dignity and capability for good governance that was promised at independence?When after barely six years of freedom from the Colonial Office there was a coup? Major Chukwuma Nzeogwu said; “political profiteers, the swindlers, the men in high and low  places that seek bribes and demand 10 percent; those that seek to keep the  country divided permanently so that they can remain in office as ministers or  VIPs at least, the tribalist, the nepotists, those that make the country look big for nothing before international circles, those that have corrupted our society and put the Nigerian political calendar back by their words and deeds.” made the coup happen. The Nigerian elite could not manage the affairs of the nation this hubris led to a pogrom of eastern Nigerians that eventually led to a civil war that ended after 3 million Nigerians were killed.

Fortune befell Nigeria after the civil war when oil prices shot up following the Arab oil embargo. What did the elites do with the money? No regard for human dignity and the incapability of Nigerians to manage their affairs manifested itself. A whopping $144 million was spent on a festival in 1977 without any return in the investment. A festival that was suppose to make us more patriotic and instil a love for our shared history and culture became a symbol of waste. It is like it has become a Nigerian feature to be hateful and wasteful. By the end of the 70s we ushered in another democracy after thirteen years of military rule the elites were now solely dependent on government patronage. Parents could not explain their incomes coming from influence peddling and other under the table tactics. They began sending their children abroad to study as the scholarship funds had dried up due to embezzlement. Then fraud, drug smuggling, counterfeiting and other social vices entered the national consciousness which led to the coup in 1983 which finally sent the country to where the sun does not shine. The phenomenon of checking out Andrew was born. Every Nigerian became frustrated and tired but the only hope was relocating abroad then sending money to your family or process family visa so your family can join you abroad once you have your papers. No sense of patriotism, if you run away who will fix the mess? Me? I want to live in the west too like the Nigerian elite.

The civilian elite returned in 1999 after sixteen years of military rule and the the country got new challenges. As the elite both military and civilian having failed to imbibe the virtue of patriotism and nationalism as during the sixteen years an explosion of secret cults emerged that further split the youths preventing them from forging a common national purpose. By the late 2010s Nigeria began dealing with Islamic terror, banditry, kidnapping for ransom and ethnic conflict all added to the toxic mix of poor health facilities, poor education , poor living conditions and a poor economy that tormented poor Nigerians for most of their lives. Those with immunity to the the toxicity were the elites and their children who could board a KLM or Emirates airplane at will. Commercial flight is even toxic to some elites on a higher level who prefer the sanitised atmosphere of a private jet.

As we celebrate the 62nd birthday of a potentially great country united in diversity on rumbling stomachs and enduring the heat with no electricity there is a glimmer of hope. The coming election has conjured up three elites from the three major tribes. A look at their data file as they apply to become the President of Nigeria shows they are the same fruit. There are indeed sweet and bitter fruits and the only sweet fruit palatable to Nigerians going by the visuals, audio and editorials is the person of Mr Peter Obi.

You see there is hope but only a glimmer but might be dazzling hope if he is allowed to win by the vampiric elites and their children. So the question here is are you ready for your stomach to rumble and live in stifling heat with no electricity for the next four years if the elites stop Obi from giving us that dazzling hope we yearn for?

OP-ED written by Akowe as he reflects on Nigeria at 62.

Death of Nigerian music star son forces opposition party to suspend campaign as Police detain eight in connection with the...

Heeds western terror warning about impeding attack on Abuja President Muhammadu Buhari of Nigeria has reportedly fled to London under...