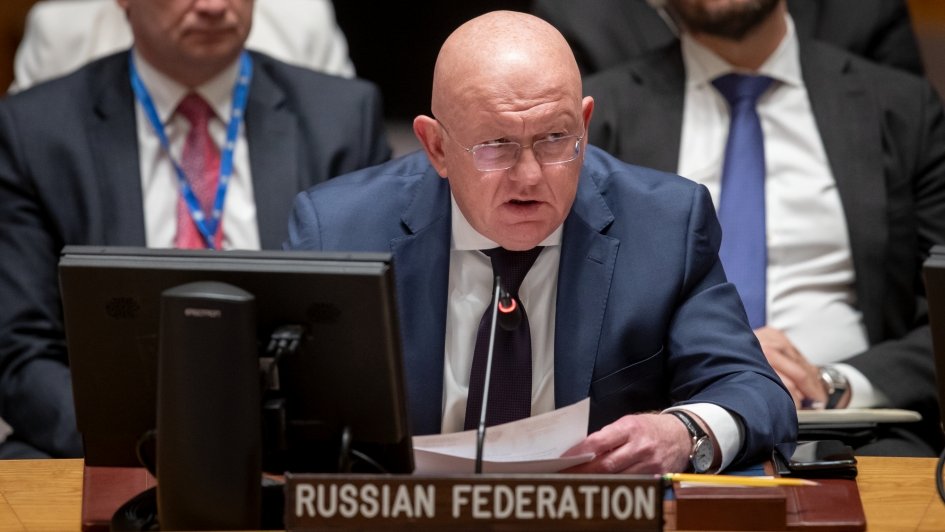 Titled “Illegal So-Called Referenda in Ukraine,” the draft resolution was prepared by Albania and the U.S. and was vetoed by Russia, one of the five permanent members of the council.

Of the 15-nation council, 10 nations, including the U.S., France and Britain, voted in favor of the draft, while China, Gabon, India and Brazil abstained from voting.

U.S. Ambassador to the UN Linda Thomas-Greenfield introduced the resolution that called on member states not to recognise any altered status of Ukraine and obliged Russia to withdraw its troops.

She argued in the council’s chamber that the attempted annexation of a sovereign nation’s territory went against the founding principles of the United Nations, and said Putin was celebrating “this clear violation of international law” with a concert held after he proclaimed the annexations on Friday.

“The referenda in the republics of Donetsk & Lugansk, Kherson & Zaporozhye regions were held in full compliance with the norms and principles of the international law, no matter how hard our Western opponents or even the Secretary General try to prove the opposite.” Russian Ambassador to the UN Vassily Nebenzia said, defending Russia’s veto.

China’ s UN ambassador Zhang Jun argued that while “the sovereignty and territorial integrity of all countries should be safeguarded,” countries’ “legitimate security concerns” should also be taken seriously.

With no draft resolution condemning the accession of the four regions into Russia, The United States will sponsor a new resolution at the General Assembly later.