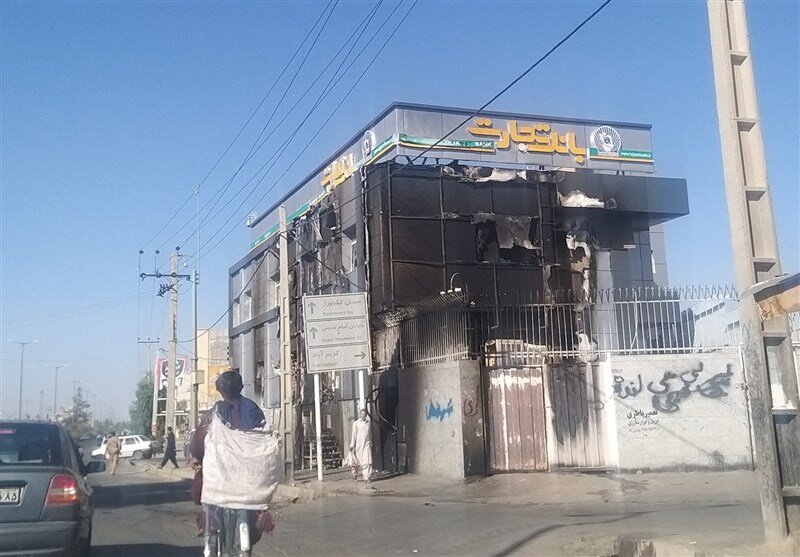 On Friday, the wave of unrest in Iran took a new turn when a terrorist attack rocked the southwestern province of Sistan-Baluchistan.  The terrorists attacked police stations and public properties in Zahedan after Friday prayer rituals. Hossein Modarres Khiyabani, governor-general of Sistan-Baluchistan, said 19 people were killed and 20 wounded in the clashes in Zahedan. General Seyed Hamid Reza Hashemi, the head of IRGC intelligence in the province who goes by the pseudonym of Seyed Ali Mousavi, was gunned down during the terrorist attack.

“Those who tried to take over the police station were terrorists and these individuals went on setting fire to public properties. They plundered and set ablaze a number of chain stores belonging to the people. They also did damage banks and government institutions,” the provincial governor told IRNA.

Protests in Iran began two weeks ago over the death in police custody of Maha Amini. Mahsa Amini collapsed as a result of a stroke suffered in the custody based on footage released by police authorities. The incident caused huge anger and sorrow in Iran, prompting the country’s highest political echelons to highlight the need to investigate the incident. Iranian President Ayatollah Seyed Ebrahim ordered an investigation into the tragic death. He also spoke to the family of Amini to offer condolences and assure them about following up on the case.

“I learned about this incident during my trip to Uzbekistan, and I immediately ordered my colleagues to investigate the matter especially. I assure you that I will demand this issue from the responsible institutions so that its dimensions are clarified and no rights are violated,” President Raisi told the family, adding, “Your daughter is like my own daughter, and I feel that this incident happened to one of my loved ones. Please accept my condolences.”

But protest soon turned violent amid Western propaganda reminiscent of the early years of the 2010s, when Western media fanned the flames of protests in Syria and Libya in what later paved the way for the two Arab countries’ near total destruction at the hand of transnational terrorists and Western-backed opposition groups.

Western media outlets and those based in the West have in recent weeks focused on propagating a narrative that is similar to what they did when covering early protests in Syria and Libya: Radicalizing the atmosphere through pushing forward harsh political polarizations.

Independent analysts have raised alarm bells about the possibility of the Syrianization of Iran unrests. Ali Alizadeh, a London-based political analyst, has said that the West seeks to replicate what it did in Syria and Libya in Iran.

Alizadeh said Western officials – like Samantha Power – who were behind the destruction of Syria and Libya are now expressing support for protests in Iran. “Exactly the same scenario and the same figures,” Alizadeh said of the similarity between the unrests in Iran the two forgoing Arab countries.

He called on the leaders of the so-called “progressive movement” of Iran to denounce “war criminals” such as Power. “Despite all the resemblances to Libya and Syria, not a single one of this so-called progressive movement distances himself from these war criminals. Not a single one cries out that we don’t need the backing of you criminals. That’s why we say these protests are of a reactionary nature and do nothing but pave the way for imperialist interventions,” the London-based analyst said.

The warning by Alizadeh comes amid blatant incitement from Iran’s enemies. Israel is a case in point. “Protests will only succeed in toppling the Iranian regime if they explode rapidly and shake the regime to its foundations before it has time to catch its breath,” wrote the Jerusalem Post.