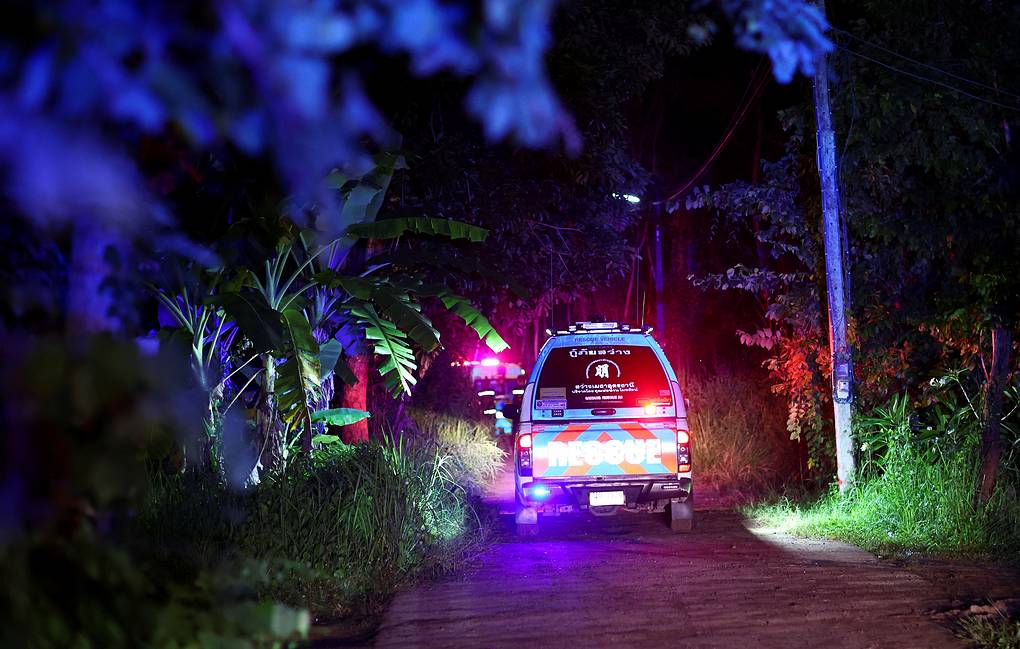 Thirty eight people including 22 children were killed Thursday in northeast Thailand by a crazed former policeman using rifles and knives according to reports. The youngest of the dead children is two years old. It is now one of the world’s worst child death tolls in a massacre by a single killer in recent history

Witnesses said the killer burst into a daycare centre and started shooting and slashing those inside.

Altogether, 36 people were killed by Panya Khamrapm, who police said was discharged from duty last year for drugs use and had attended a court hearing on a narcotics charge just moments before the attack. After returning home, police said Panya killed his wife and child before turning the gun on himself.

Pink and white coffins adorned with gold and bearing the bodies of the 22 children killed in the rampage in the small town of Na Klang were buried late Thursday. Thailand’s deputy prime minister, Anutin Charnvirakul was in attendance.

“All Thai people, and all people around the world who know about this … will feel so depressed and saddened,” Anutin said.

Rescue workers had earlier brought the bodies of the victims to a local police station and placed them into the coffins as medical staff stood by solemnly and relatives of the dead gathered, some wiping away tears.

“Nobody wants this to happen. It’s a scene that nobody wants to see. It’s harrowing,” said Piyalak Kingkaew, who led the rescue team that was the first to arrive.

Prime Minister Prayuth Chan-Ocha was expected to visit the region on Friday. In a statement on Facebook, he called Thursday’s rampage a “shocking incident”.

Prayuth ordered all government departments to fly the national flag at half mast on Friday to mark a tragedy that “had caused grief to the entire nation”, his spokesperson Anusha Burapchaisri said.

King Maha Vajiralongkorn and Queen Suthida will visit families of the victims in Udon Thani on Friday, according to a local announcement.

The government said it would provide financial aid to the families to help cover funeral expenses and medical treatment.

Gun laws are strict in Thailand, where possession of an illegal firearm carries a prison sentence of up to 10 years. But ownership is high compared with some other countries in Southeast Asia. Illegal weapons, many brought in from strife-torn neighbouring countries, are common.

Mass shootings in Thailand remain rare, although in 2020, a soldier angry over a property deal gone sour killed at least 29 people and wounded 57 in a rampage that spanned four locations.